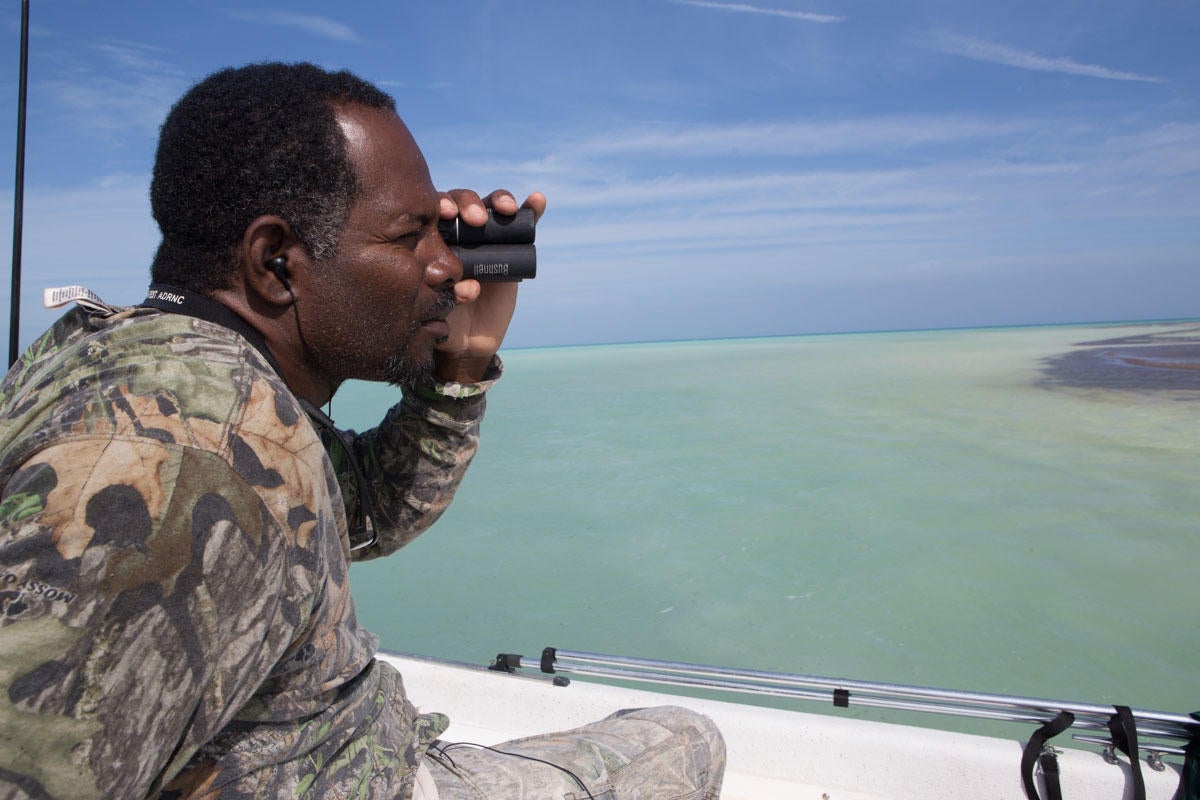 Where we work and what we do

Where we work and what we do

Audubon has been working in the Bahamas since the 1950s. Since then, the organization has helped bring the American Flamingo back from the brink of extinction, created the first-ever Land and Sea Park in the Exuma’s, and helped develop legislation to protects birds across the country. We are now helping the Bahamas National Trust protect critical wintering habitat that supports more than 25 percent of the Atlantic population of the threatened Piping Plover and other shorebird species.

Our science teams, alongside Bahamas National Trust and other organizations, have recently identified critical shorebird sites across The Bahamas that support half of the Atlantic Piping Plover population and are tracking individual Piping Plovers. Based on our science, we are now focused on three sites: Andros Island, Joulter Cays, and the Northern Berry Islands. Combined, these sites support 25 percent of the Atlantic wintering population. In 2015, Audubon and Bahamas National Trust were successful in protecting more than 100,000 acres of shorebird and marine habitat as a new national park on the Joulter Cays.

Belize is the epicenter for wintering Wood Thrush from the Atlantic Flyway. Our work with Belize Audubon Society is improving the management of 145,000 acres of protected lands that supports the Wood Thrush and many other migratory and resident species.

Audubon has a long history of working with Belize Audubon Society to safeguard and improve management of four of the country’s most important protected areas, totaling some 145,000 acres. We support on-the-ground management, augmenting the science capacity of Belize Audubon to improve management and stewardship of birds and nature while engaging local communities through outreach and sustainable livelihoods such as bird-based tourism to build support for conservation.

By working with local landowners and communities to improve agricultural and conservation practices, purchasing properties holding crucial roosting sites, and working with the Chilean government to develop wind-energy siting guidelines to mitigate impacts from this major development issue on the island, we are able to improve conservation of the wetlands and estuaries of Chiloé—some of the most important shorebird conservation sites on the Pacific coast of the Americas. These intertidal and near-shore environments are also important for many other neotropical migrant and resident species.

Audubon has been working since 2015 in Colombia on bird-based ecotourism initatives to support local development and conservation in partnership with Calidris, Patrimonio Natural, and the national government. Our efforts began on Colombia’s Caribbean coast, which includes the highly threatened tropical dry-forest ecosystem as well as the forested flanks of the Sierra Nevada de Santa Marta, and is a critical stopover and wintering area for migratory species. We have expanded to the Central Andes, the major coffee production zone in Colombia (“Eje Cafetero”) and a UNESCO World Heritage site since 2011.

By growing the market of international bird-based tourism in the area and beyond and improving local people’s ability to cater to that market, Audubon and its partners can help preserve these endangered ecosystems. Audubon is also working with Calidris and others to expand the Christmas Bird Count in Colombia to support monitoring and climate-change analysis in the country.

Audubon and Pronatura Noreste have formed a partnership to conserve grassland birds in in the greater Chihuahuan Desert grasslands of Northern Mexico and the southwestern U.S.

The endangered grasslands across northern Mexico provide wintering habitat for 85 percent of the grassland species of birds that breed in the western Great Plains of the U.S. and Canada. These grasslands also play an essential part in the lives and livelihoods of ranching communities on both sides of the border. Audubon and Pronatura are working to preserve these critical habitats by engaging ranchers in Mexico for improved pasture management and coordinating across the border with Texas to create a market for sustainably raised beef.

National Audubon and Panama Audubon are working together to save 500,000 acres of the Panama Bay wetlands from unsustainable development.

The Panama Bay mangroves and mudflats support migratory shorebirds from across the hemisphere, including some 30 percent of the global population of Western Sandpiper. Through advocacy, applied science, constituency building for the Bay through education and community outreach, and strengthening the capacity of Panama Audubon, we are helping conserve Panama Bay’s mangrove forests and wetland habitat. To date, we have helped to develop the first conservation action plan for the wetlands. 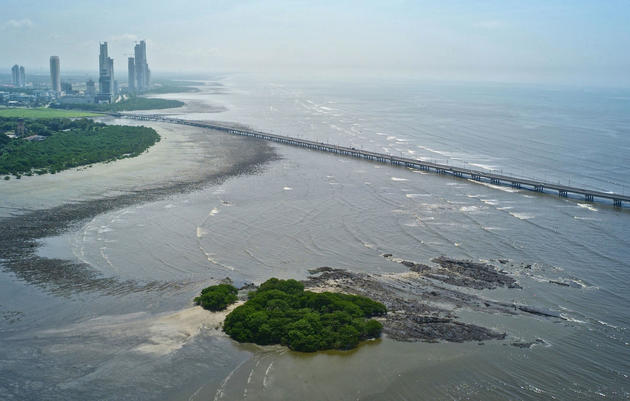 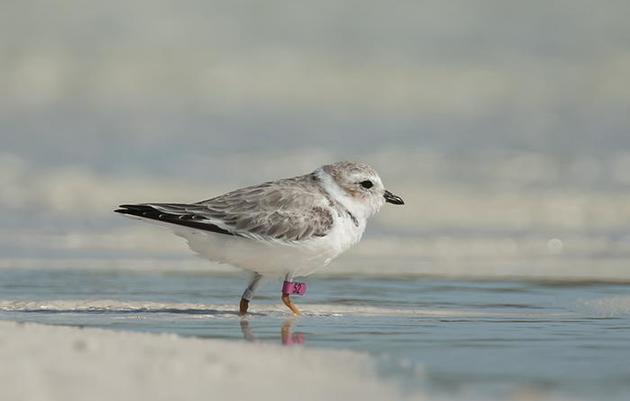 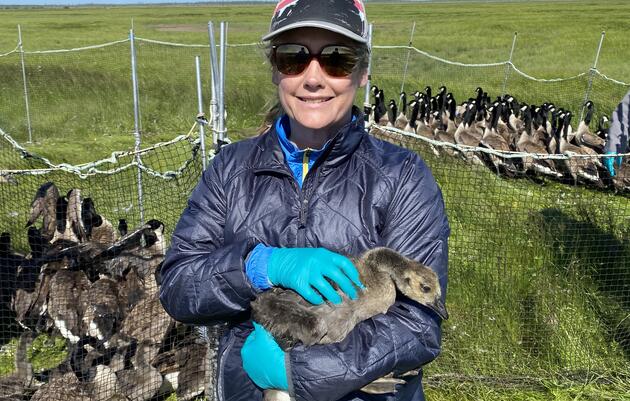 Seeing the Geese in Chevron Flight 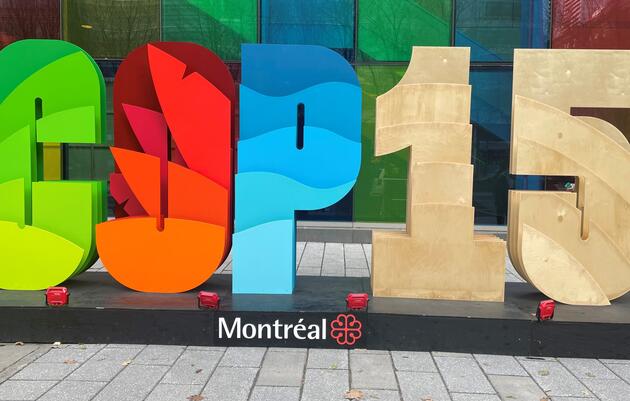 A Conservation Gift to the World Was Wrapped in Montreal

Reflections on COP15 and the new Global Biodiversity Framework. 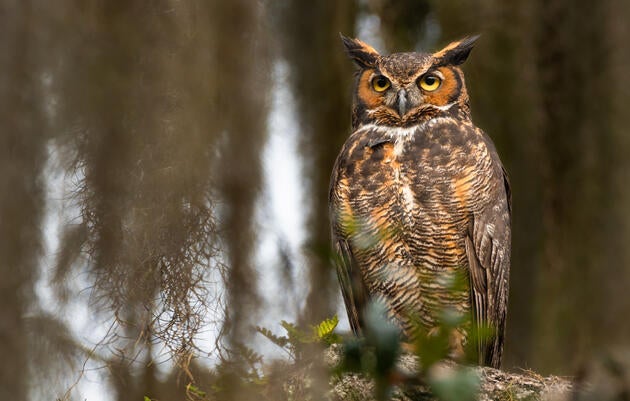 By Elizabeth Gray and Stephanie Thorassie 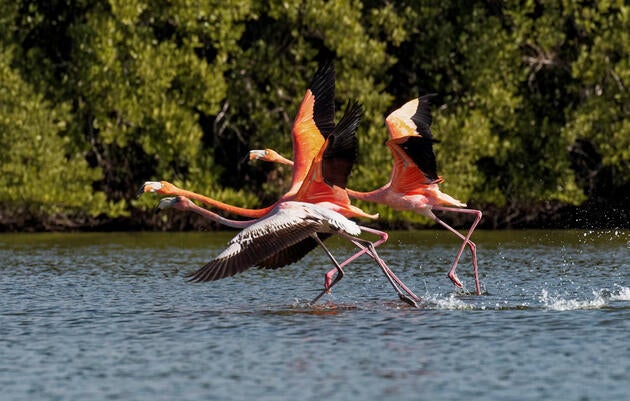 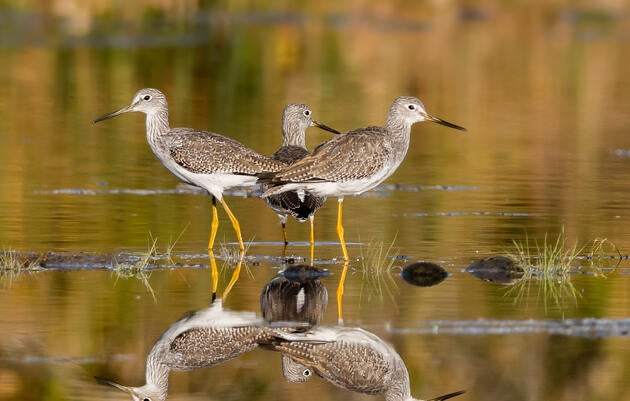