Located at the south end of the Ocean Shores Peninsula in Gray's Harbor County, this site includes the Point Brown jetty, the harbor mouth extending into both ocean and harbor waters, the Oyhut Wildlife Area, and Damon Point, but excludes developed residential areas to the north. The site comprises 2,105 hectares of marine waters and 245 hectares of estuary and uplands. Habitats include marine and estuarine waters, sand spit, tidal lagoon, salt marsh, sand and mudflats, dunes, and rock jetty. 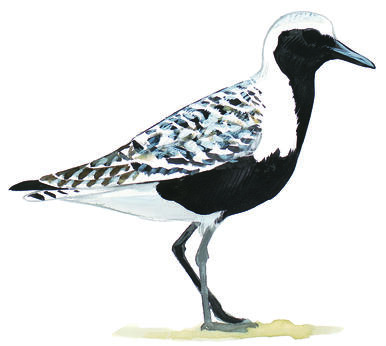