Falls Lake is located near the center of
North Carolina and borders the eastern edge of the rolling hills of the Piedmont plateau. The dam impounds the waters
of the upper Neuse River and is located immediately upstream of the village of Falls in Wake County, North Carolina. The
drainage area above the dam is 200,000 ha (494,211 acres) with approximately one-third of this area in the Eno River
basin, one-fourth in the Flat River Basin, with the remaining drainage area in the Little River basin and numerous smaller
tributaries. Although some portions of the project area remain rural in character, the rapidly expanding urban and suburban growth areas of Raleigh surround project lands on the lower third of the project, as do outlying neighborhoods of Durham to a lesser degree in the western part.

The site includes nearly 5,000 acres of bottomland hardwood forests and supports a significant diversity of species typically associated with this habitat type (Criteria 3). The site also supports a significant diversity of migratory landbirds (Criteria 4g). This is one of the few known nesting sites in NC for Cliff Swallows and Tree Swallows. At least 2 pairs of Bald Eagles are known to nest on the lake and 4-40 individuals are present at other times of the year.

Increasing development adjacent to project boundaries is a problem for birds and other types of
wildlife. Development results in an increase in edge communities, fragmentation of habitat, and interruption of natural corridors for wildlife movement. Development may also result in pressure from domestic animals, increased sedimentation and runoff, increased recreational use of project land, increased boundary encroachments, and increased land use requests. Exotic and invasive plant species are widespread and should be controlled. 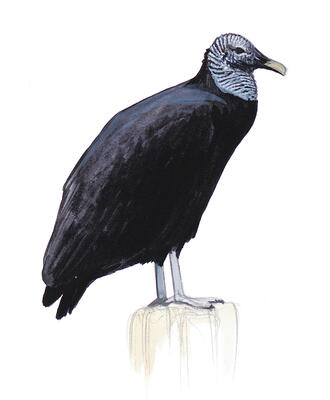