The IBA site is located within New Morgan Borough on State Route 10, approximately 2 miles north of Morgantown and 11 miles south of Reading in southern Berks County. The entire IBA is privately owned. All of the Glen Morgan IBA is within the Hopewell Big Woods area and adjacent to the Hay Creek-French Creek Forest Block IBA.
The Hopewell Big Woods area encompasses 73,000 acres.
Glen Morgan Lake is a former mine tailings pond for Bethlehem Mines Corporation. The lake was created in 1956 for the impoundment and treatment of wastewater from the nearby Grace Mine. The lake discharges into Hay Creek. The lake?s primary source of water was from the mine. Surface water runoff and precipitation were secondary water sources but now serve as primary sources since the mine is no longer in operation. The lake is primarily marsh habitat, with thick, emergent vegetation. The open water is rich in submerged aquatic plants and invertebrates. The lake is only 10 feet (33 m) deep in the center and is surrounded by phragmites, an invasive plant in Pennsylvania. Woodland and grassland are the major habitat types surrounding the lake. Deciduous forest encompasses about two thirds of the area surrounding the lake, with grass and shrub habitat covering the other third.

At least 207 bird species were observed from 1995-2000, according to local bird observation records. Glen Morgan Lake provides valuable habitat for migrating and resident waterfowl. Typical waterfowl species observed during the spring and fall migration include: Tundra Swan (200), Canada Goose, Mallard, Canvasback, Ring-necked Duck, Common Merganser and Ruddy Duck. Waterfowl species observed but generally uncommon include: Mute Swan, Snow Goose, Northern Pintail, Blue-winged Teal, Northern Shoveler, Gadwall, American Wigeon, Lesser Scaup, Bufflehead and Hooded Merganser. Canada Goose, Wood Duck, Mallard and Double-crested Cormorants are common inhabitants of the IBA.
The lake supports populations of birds classified as Pennsylvania Species of Special Concern. The Osprey (Pennsylvania threatened) and Bald Eagle (Pennsylvania threatened) have been observed year round since 1994. Least Bittern, a Pennsylvania endangered bird, also nests in the marsh habitat of the lake. During the summer 1-3 Great Egrets, a Pennsylvania endangered species visit the lake. Pied-billed Grebes, +/-15 pairs B, (candidate-rare species) and American Coots +/- 16 pairs B (candidate-rare species) nest at the lake. Pied-billed Grebes observed during the period between 11/12/94-6/8/01 ranges from 19 to 200. American Coot has been observed during spring and fall migration periods from 1994-2001. High count estimates for the American Coot for the period between 11/12/94-6/8/01 ranges from 37?400. Rare species observed utilizing the lake include White-fronted Goose, Long-tailed Duck, Eared Grebe, Great Cormorant, Arctic Tern, Iceland Gull, Lesser Black-backed Gull, Glaucous Gull, Sanderling and Red-necked Phalarope.
The site has attracted many other marsh birds including: Virginia and King Rails, American Bittern, Cattle Egrets, Little Blue, Great Blue and Green Herons, Common Moorhen, Sora, Black-crowned Night Heron, Black Tern and Marsh Wren, according to Pennsylvania Birds (1996, Volume 10 No. 3). The lake is the only marsh since 1969 in Pennsylvania where Ruddy Ducks have nested. Ruddy Ducks are usually present year round and are common during the spring, fall and winter. High counts range from 22-1,000 birds during the period between fall and spring from 1994-2001. The high count of 1,000 Ruddy Ducks occurred during in 1998. Also in 1998, 11 Ruddy Ducks with two broods were observed as a high count during the breeding aeason.
Birds observed in the wooded areas adjacent to the lake/marsh habitat near the north/ western side of the lake include the Wood Thrush, Veery, Chestnut-sided Warbler, Acadian Flycatcher, and Louisiana Waterthrush. Other common forest birds include the American Crow, Blue Jay, Black-capped Chickadee, Carolina Chickadee, Tufted Titmouse, White-breasted Nuthatch and Red-eyed Vireo. The open land and lake habitat are used by three swallow species: Tree, Barn, and Northern Rough-winged.
The open field/shrub habitat to the east and south of the lake is known to be used by the Yellow-breasted Chat, Blue-winged and Prairie warblers, White-eyed Vireo, Field Sparrow, and Brown Thrasher. A small grove of pines provides habitat for Eastern Screech-Owls.

Arcadia Land Development Company, based in Wayne, PA, owns over 3,000 acres in New Morgan, including the entire IBA. 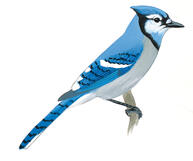