The Great Falls of the Catawba River are situated on that river roughly midway beteen two metropolitan areas: Charlotte, NC and Colmbia, SC. The small town of Great Falls, (pop. 2200) came about in conjunction with Duke Energy's construction of 3 hydro-electric plants and dams, one of which inundated the falls in the very early 20th century. With the closing of 3 textile mills, the town, already in a very sparsely populated area, continues to shrink in population. In 2003, the Katawba Valley Land Trust initiated the acquisition of 1540 acres surrounding the Great Falls and Cedar Creek Reservoirs (8 mi. of shoreline + 6 mi. of stream channels of creeks flowing into the Catawba R.), which it turned over to SCDNR in 2007. The Land Trust owns adjoining 203 acres. Included in the IBA are 813 acres of islands in the river, owned by SCPRT, + a 450 acrea reservior + the 800 acrea Stumpy Pond for a total of 3806 acres.
Katawba means "people of the river."
Human history of the area is significant: ancient home of the Catawba Nation, which is still noted for its pottery making; site of the Revolutionary War Battle of Becknamville. chosen during the Washington administration as one of three sites for federal arsenals.

Katawba Valley Lands have hosted an average of 140 Rusty Blackbirds, species of global concern, per day during winter. Another species of global concern, Red-headed Woodpecker (year-round resident), is found in smaller numbers. Wood Thrush, a WatchListed species, breeds on site. Species of concern, Loggerhead Shrike is found here in winter. Representative, rare or threatened habitat types include mature bottomland hardwood and southern mixed hardwood forest, which are well-preserved and relatively undisturbed.
The Katawba Valley Land Trust(KVLT) has initiated a project to document the movement of ospreys which nest at Great Falls, SC. Transmitters are placed on chicks. This project is funded by Duke Energy Foundation and the KVLT with participation from the Great Falls public schools, UNC-Charlotte and the Great Falls Hometown Association.

After a century of dams, hydro-electric plants and diversion of the Catawba River, a reversal of this natural resource use is now underway. Perhaps most significantly, Duke Energy will release water into the dry riverbed which it drained over 100 years ago.
Katawba Valley land Trust continues to acquire properties all along the river corridor and has already turned over 1540 acres over to SC Dept. of Nat. Resources. Duke Energy will lease all five islands to SCPRT, which has plans for a state park/natural area/historical site.

The majority of the IBA is owned by SC Dept. of Natural Resources. SC PRT leases the islands in the middle of the river. Katawba Valley Land Trust owns 203 acres.

Katawba Valley Lands IBA i primarily bottomland hardwood forest and secondarily southern mixed hardwood forest, riparian corridor and river. Rolling red-clay (iron-bearing) hills with granite/gneiss boulders, especially near the river, and dramatic steep cliffs on the east bank of the river are features of the landscape. The climate is typical of the piedmont: hot summers with cold winters and an average rainfall of 40-50 inches.
There is a spectacular and abundant of the rare Rocky Shoals Spider Lily.
Mink and River Otter can be spotted occasionally. 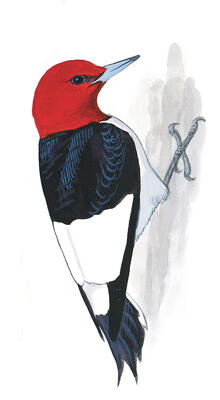 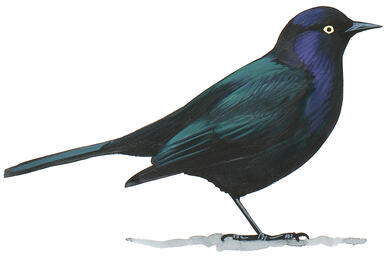