This large privately-owned boreal peat land in the north central region
of the Adirondacks is fringed by spruce and fir forests and bisected by
an esker topped with huge white pines. The site is crossed by a dirt road
owned by the state, which permits access without harm to the fragile
bog habitat. According to the NY GAP land cover data, approximately
40% of the site is wetland habitat, which includes emergent marsh,
open fen, wet meadow, evergreen wetland, and shrub swamp.

This is one of the largest boreal peat lands in the state. Spruce Grouse
breed at this site, along with other characteristic northern coniferous
forest breeders, including the Black-backed Woodpecker, Yellowbellied
Flycatcher, Gray Jay, Boreal Chickadee, Ruby-crowned
Kinglet, Lincoln?s Sparrow, Rusty Blackbird, and Pine Siskin. This
site has an impressive concentration of breeding Palm Warblers; 30
pairs were observed in 2004 and individuals were estimated to number
in the hundreds.

This site is listed in the 2002 Open Space Conservation Plan as a priority
site under the project name Massawepie Mire. The bog and desirable
adjoining properties should be managed in a way that sustains the
unique forest habitat. Inventory and monitoring of at-risk breeding
birds are needed. 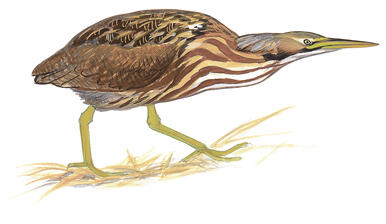 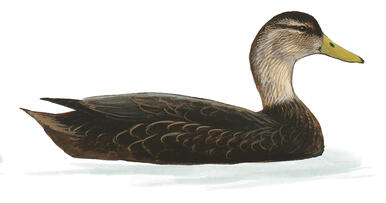