Ninemile Draw is located between U.S. 287, U.S. 789, and Wyoming 135. Near the towns of Lander and Hudson. The rolling hills landscape is dominated by Wyoming big-sagebrush. The Little Popo Agie River and Beaver Creek create 2 major riparian sites. Juniper rim rock habitats are found in the southwest corner of the area and Beaver Rim escarpment is in the southeast of the IBA site.

Ninemile Draw contains 21 known sage-grouse leks and provides wintering, breeding, nesting, and early brood rearing habitat for the sage-grouse. The BLM, WGFD, and Coop Unit have marked and monitored sage-grouse in the area since the spring 2001. The monitoring effort discovered sage-grouse from a large portion of central Wyoming migrate to Ninemile Draw in mid-October each year. After early brood rearing the birds return to summer habitats near Crooks Mountain and along the Sweetwater River (as far as 65 miles from the leks within Ninemile. In addition to radio telemetry data, WGFD have intensively monitored leks in the area since 1994. Each of the 21 leks was visited at least 4 times per year.

Rolling hills landscape dominated by Wyoming big-sagebrush. The Little Popo Agie River and Beaver Creek create 2 major riparian sites. Juniper rim rock habitats are found in the southwest corner of the area and Beaver Rim excarpment is in the southeast of the IBA site. 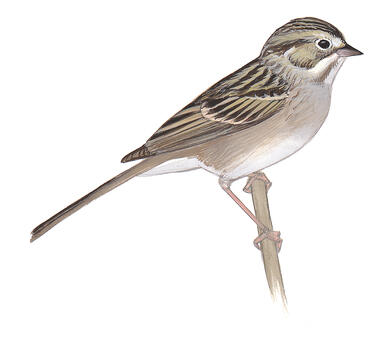