Salt Plains National Wildlife Refuge was established by executive order of President
Herbert Hoover on 26 March 1930 as a refuge and breeding ground for birds. The
nearly 13,000-ha refuge is divided into almost equal parts of salt flats, open water and
impoundment, and vegetated upland. This last category consists predominantly of
native grasslands, but there is a substantial amount of freshwater marsh and pond,
bottomland hardwood forest, cropland (chiefly wheat and cowpeas), and brush. The
refuge has been placed on the Ramsar List of Wetlands of International Importance.
The refuge provides habitat for over 300 species of birds and is a key stopover site for
vast numbers of migratory waterbirds, including up to 40,000 American White Pelicans,
100,000 geese, 70,000 ducks, thousands of Sandhill Cranes, and hundreds of
thousands of shorebirds. Heron and ibis rookeries on islets in Great Salt Plains Lake
are among the largest in Oklahoma.
Among the Sandhills each fall are small numbers of the critically endangered Whooping
Crane: summary counts each late October and early November exceed double digits.
The area is a major nesting site for the federally endangered Interior Least Tern
(30?100 pairs) and the rare Western Snowy Plover (200?300 pairs). The refuge also
provides habitat for the declining Bell?s Vireo and Prothonotary Warbler. 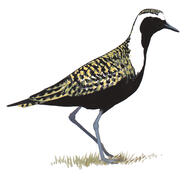 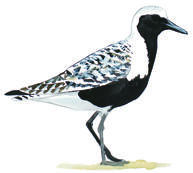