The website for Savannah NWR is http://www.fws.gov/savannah/.
Established in April 1927, The Savannah NWR contains a variety of habitats, some of which are common and some rare. The freshwater tidal wetlands (prominent habitat type) are representative of a habitat in serious decline Other habitats include bottomland hardwood, mixed hardwood, pine floodplain, freshwater and brackish water as well as open meadows. With the use of management techniques and tide gates, the impoundments, former rice fields, can be with or without water, which allows for a variety of species from raptors to waterfowl to neo-tropical migratory songbirds.
The area surrounding the Savannah National Wildlife Refuge, which includes the port city of Savannah, Georgia, is rich in history. After thousands of years of use by various Indian tribes and cultures, the first European visitor arrived in 1526. James Oglethorpe established the city of Savannah in 1773. By the mid-eighteenth century, rice planters were farming much of the land that is now part of the refuge. The old rice levees, which were built by hand, form the basis for our current impoundment dikes. Remnants of the original rice field trunk water control structures and narrow dikes are still visible in some places. Within the impoundment system there are 36 historic and prehistoric archeological sites which have been located and inventoried.
The refuge staff hosts visits from school children throughout the year, many of whom have never seen wilderness. Countless tourists visit the refuge, not only for its birds and wildlife, but for the historical aspect involving rice and cotton plantations. These tourists bring their money to local communities. This refuge, as one of the oldest in the nation, continues to prove itself a valuable asset.

The invaluable tidal freshwater wetlands are in danger from the potential deepening of the Savannah River and continuous dredging leading to saltwater intrusion.
Continuous opposition to the harbor deepening project is underway.
Control of invasive, aquatic species is ongoing.

Savannah NWR is owned and operated by the US Fish and Wildlife Service.

Savannah NWR is primarily preserved as an area of conservation. Secondarily, it is utilized by many for recreation/tourism. One of the outstanding bird watching areas in the state, there is a drive through wetlands as well as forests. 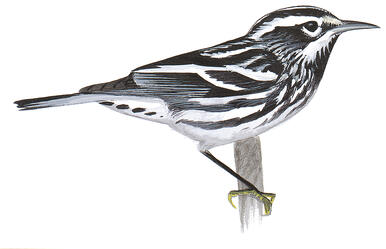