The Quitobaquito pupfish (Cyprinodon eremus) is a small fish that is only found in Quitobaquito springs in the southwest corner of the monument and a small river drainage in Mexico directly south of the international border.

The refuge and Barry M. Goldwater Range provide the best habitats in Arizona for LeConte's Thrasher, a uniquely desert adapted species that selects arid and sparsely vegetated sites.
LeConte?s Thrasher is almost exclusively insectivorous, specializing on the larvae and adults of the genera Coleoptera and Lepidoptera. Litter and duff proximate to low shrubs and soils that allow probing for insect larvae are habitat requirements for this species. Bendire?s and Crissal Thrashers are more broadly distributed and are found on a variety of soil types and are found adjacent to the sandy washes and in the foothills of the adjacent mountain ranges.
Additional highlights of the two-year IBA surveys include sightings of avian species sparsely distributed throughout Arizona, including a group of four Long-eared Owls in Daniel?s Arroyo Valley, Black Vulture (found here at the extreme northwestern part of their continental distribution) and an immature Golden Eagle in Chinaman Flat South Valley.

Organ Pipe Cactus National Monument and the Tohono O?odham reservation are the two remaining sites in Arizona with significant numbers of cactus ferruginous pygmy-owls.. Cactus ferruginous pygmy-owls have been documented here since the late 1940s (Hensley 1954). More recently, annual surveys were conducted from 1993 to 1999 (Table 3-4). Owls have been detected every year since then, except 1994, and nesting was documented in 1998 and 1999. The surveyed areas are typical desertscrub in the drainages and bajadas of nearby mountain ranges. Birds seen very frequently at Organ Pipe National Monument include Northern Cardinals, Cactus Wrens, Curve-billed Thrashers, Black-tailed Gnatcatchers, Gila Woodpeckers, Canyon Towhees, Black-throated Sparrows, Gambel?s Quail, and Phainopeplas. Expect to see some of these in each visit. Also observed there, in much lesser numbers, are Costa?s Hummingbird, Sage Thrashers, Cooper?s Hawks, Verdins, Pyrrhaloxia, and Varied Buntings.

Buffelgrass (Pennisetum ciliare or Cenchrus ciliaris) is a grass native to Africa and the Middle East that is aggressively invading the Sonoran desert. In some places, native Sonoran desert is being bulldozed and buffelgrass seeded. Across the region, buffelgrass is spreading rapidly. Where it establishes, buffelgrass displaces native vegetation and can form dense, single-species stands. Where buffelgrass is dense enough, it can carry fire into Sonoran Desert vegetation, which has no natural adaptation to fire. Within the next several decades, buffelgrass might displace or disrupt many of the common plant and animal species native to the Sonoran Desert.

As the Refuge shares a 56-mile international border with Sonora, Mexico, it is not surprising that two of the most important threats to the ecology of Cabeza Prieta National Wildlife Refuge are the impacts of illegal border crossers and the actions of Border Patrol officers attempting to apprehend them. The rules of the refuge prohibit any vehicle traffic off of designated public use roads, as the tracks made by such vehicles can remain for hundreds of years in this fragile desert ecosystem. Despite this prohibition, many tracks, some of them deeply rutted, were observed by IBA surveyors miles from any road (in the designated wilderness), presumably from both illegal border crosser traffic and Border Patrol vehicles attempting to intercept such traffic. There is also a significant amount of refuse left all over the Refuge by illegal border crossers and drug smugglers, including plastic water jugs, abandoned vehicles, and other inorganic waste. Impacts such as the off-road vehicle damage to soil and vegetation are difficult to deal with yet impossible to ignore as their impacts are potentially devastating to the ecology of the area.

As a protected area, Organ Pipe Cactus National Monument allows the life of the Sonoran Desert to flourish under nearly ideal wilderness conditions. The monument is an outstanding natural preserve where one of the of the Earth's major ecosystems survives almost unspoiled. Ninety-five percent of Organ Pipe Cactus National Monument is designated wilderness. Recognizing its significance, the United Nations in 1976 designated the monument as an International Biosphere Reserve.

Cabeza Prieta National Wildlife Refuge is the third largest NWR in the lower 48 states and is situated in southwestern Arizona just west of the town of Ajo. The 1,000 square mile refuge, which encompasses Arizona?s largest Wilderness Area, shares a 56 mile international border with Sonora, Mexico. The refuge office and Visitor?s Center is located in Ajo. The Barry M. Goldwater Military Reservation lies along the Refuge?s northern and western borders, while the lands to the east and southeast are administered by the United States Bureau of Land Management and the National Park Service. The Refuge?s seven mountain ranges and multiple valleys are home to the endangered Sonoran Pronghorn and Lesser Long-nosed Bat, as well as 420 species of plants, over 20 species of snakes, and 212 species of birds recorded by the Refuge (USFWS 1991).

The Barry M. Goldwater Range includes the Cabeza Prieta NWR and BLM lands to the north, east and west of the refuge. Almost all of Cabeza Prieta National Wildlife Refuge is designated wilderness. Seven rugged mountain ranges cast shadows above valleys dotted with sand dunes and lava flows. Access restrictions require permits. Before entering the refuge a valid Refuge Entry Permit must be obtained and a Military Hold Harmless Agreement signed. There are road closure periods for Sonoran Pronghorn fawning usually March 15 (but with good range conditions April 15, as determined by the Sonoran Pronghorn Recovery Team) extending until July 15.

Organ Pipe Cactus National Monument exhibits an extraordinary collection of plants and animals of the
Sonoran Desert. Twenty-six species of cactus have mastered the art of living in this place, including the
park's namesake and the giant saguaro.

As a protected area, Organ Pipe Cactus National Monument allows the life of the Sonoran Desert to flourish under nearly ideal wilderness conditions. The monument is an outstanding natural preserve where one of the of the Earth's major ecosystems survives almost unspoiled. Ninety-five percent of Organ Pipe Cactus National Monument is designated wilderness. Anyone can experience this irreplaceable resource, for in Organ Pipe Cactus NM the wilderness is to be found just a few yards off any road. Recognizing its significance, the United Nations in 1976 designated the monument as an International Biosphere Reserve. 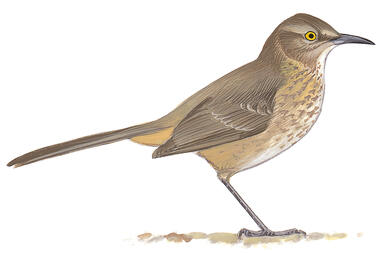