Twelve species of seabirds breed here totaling 226,093 birds. This includes 30% of the Common Murres breeding in Oregon and 21% of all Common Murres breeding in the eastern Pacific south of Alaska. This site also harbors 60% of the Tufted Puffin breeding population in Oregon. Over 800 Brown Pelicans (Endangered) have been seen here roosting and up to 13 Bald Eagles (Threatened) have been observed preying on seabirds. 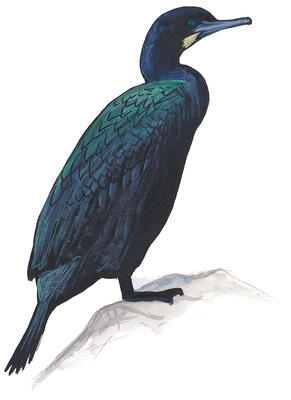