On the southern Oregon coast off the mouth of Whalehead Creek, less then a mile south of Samuel H. Boardmand State Park, southern Curry County. This site includes four rocks that serve as major seabird breeding colonies including Whalehead Island (270-108), Unnamed Rock (270-109), Unnamed Rock (270-110) and Unnamed Rock (270-106). Most of these rocks are heavily vegetated and provide habitat for burrow-nesting seabirds except for 270-110, which contains significant rocky exposed areas where common murres nest.

This site contains more than 167,000 breeding seabirds, including 29% of the Oregon Leach's Storm-Petrel nesting population and 5% of the Common Murre population (USFWS census data). 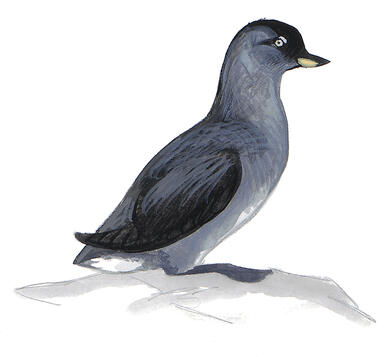