Birders, anglers, brewers, and business leaders gathered at the Arizona Capitol in Phoenix on February 7 for Western Rivers Day. Their goal: help advocate for a sustainable water future for the state. This (sixth) annual advocacy day, organized by Audubon Arizona and its coalition partners, is an opportunity for the group to speak with legislators face to face.  The coalition spent time advocating for sound water policy that protects Arizona’s water resources and the millions of people and hundreds of bird species that rely on them. They also talked with legislators about the passage of the Drought Contingency Plan (DCP), landmark legislation that addresses impending water shortages on the Colorado River.

According to Kay Hawklee, a conservation committee member of Northern Arizona Audubon Society, nothing compares to the need to preserve wetland habitat for Arizona birds, fish and other wildlife. At her second Western Rivers Day, Hawklee did more than just thank legislators for taking action on the DCP – she urged them to understand that water conservation in the West is the bottom line.

“I got to meet Senator Jamescita Peshlakai (D-7), thank her for stepping up to the plate on behalf of the Earth and going out of her way to make a difference,” said Hawklee. “This (Western Rivers Day) also gave us the opportunity to urge lawmakers to take the next steps for understanding the necessity of water conservation, and take action.”

Legislators like TJ Shope (R-8), who serves on the House Natural Resource Committee, highlighted the importance of WRAN’s ongoing actions and communications to legislators in working on important water issues.

While water issues in the West can be contentious, Desert Rivers Audubon Society member Mike Evans said he felt “very comfortable” during his meeting with Sen. Juan Mendez (D-26). In addition to serving on the board and as the conservation director at Desert Rivers Audubon, Evans worked at the state capitol in the 1990s and held elected office on the Gilbert Town Council. For him, groundwater recharging is his most important topic of discussion. Living in a community that was once home to the state’s largest groundwater recharge facility, he wants to see Arizona re-water streams and rivers with highly treated wastewater.

“Though Sen. Mendez was a no vote on the Drought Contingency Plan, I felt that it was a really good meeting. Right now, he wants more information,” said Evans. “Our duty now is to continue communication and awareness on logical conservation practices like using effluent for the environment.”

Cary and Nancy Meister brought similar concerns to their meeting with Rep. Rosanna Gabaldon (D-2). Members of Yuma Audubon Society for over 40 years, the Meisters remembered a time when the Colorado River would flood in Yuma. Nancy Meister advocated for the Arizona Department of Water Resources to conduct health surveys of bodies of water like the Santa Cruz River. For Ms. Meister, who first got into advocacy as a graduate student, participating in events like Western Rivers Day is the most effective way to get to know your legislator, protect wildlife, and get things done.

“Arizona needs to focus on the rivers other than the Colorado. We need to conserve the Verde, get more water into the Santa Cruz, for a healthier ecosystem,” said Meister. “If there is no water, there are no birds. So we are going to be working and advocating for bills all year that clear pathways for freshwater ecosystems.”

Though the Drought Contingency Plan increases the likelihood of maintaining a flowing Colorado River, it is only a stop-gap solution. More must be done to truly secure Arizona’s water future. Just ask Lisa Ontondo, the state senator from Arizona’s fourth district. Ontondo was integral in last month’s historic agreement to avert devastating water shortages, serving on the DCP steering committee, publishing op-eds to push stakeholders toward a consensus, and calling Arizona state water managers, farmers, tribes, and decision makers.

“Water is the most important issue in Arizona,” says Otondo as she addressed WRAN. “It is a difficult issue, but let’s get what we can do, done. Let us not look backward but forward.” 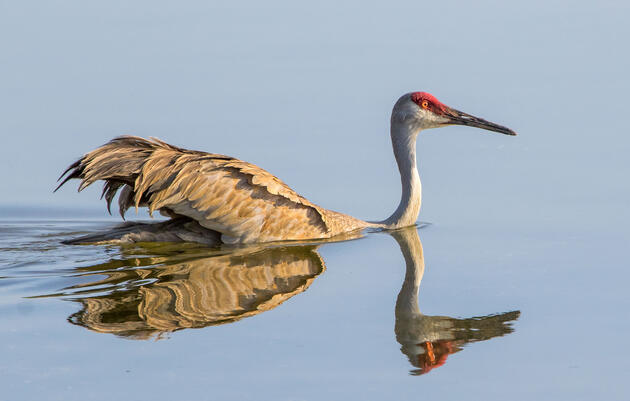 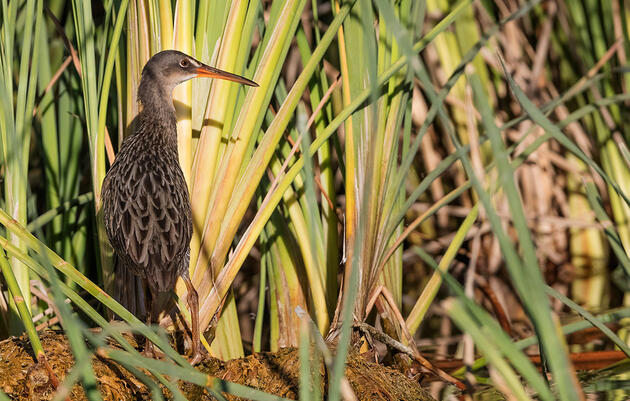 The grant funding would help restore native plants and habitat. 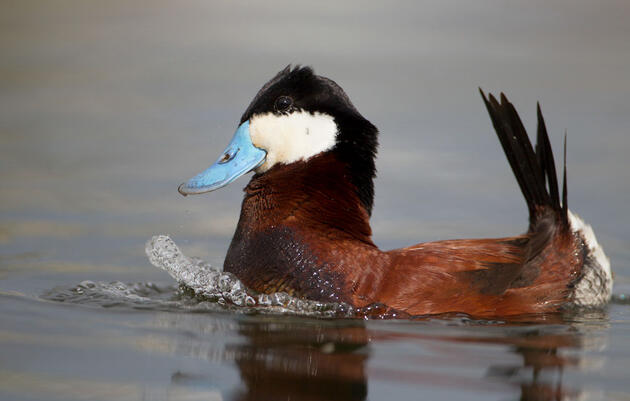