Nobody was shocked when conservation groups blasted the federal government’s preliminary report on the environmental impacts of allowing oil and gas companies into the Arctic National Wildlife Refuge. After all, environmentalists—along with many scientists, religious leaders, and Alaska Natives—consider the sanctuary too pristine and its habitat too valuable to even consider developing. That conviction informed their reaction to the draft environmental impact statement released late last year by the U.S. Bureau of Land Management (BLM), which they said was light on science and Pollyannaish about the potential ecological harm.

Perhaps more surprising, though, is the feedback coming from within the federal government. In formal comments on the draft report, the Environmental Protection Agency (EPA) and the Fish and Wildlife Service (FWS) both express significant concerns over the accuracy and adequacy of the BLM’s analysis, raising questions about how forthright the bureau is being on the true impacts of Arctic oil and gas development.

Comments from the EPA, for instance, caution that “the analysis does not adequately assess the potential cumulative impacts to air quality” from implementing an oil and gas leasing program for the refuge’s 1.5-million-acre coastal plain. The document also expresses concern that the BLM didn’t consider any scenario involving development on less than 2,000 acres, even though Congress set that area as a cap on surface disturbance, not a starting point, in the controversial 2017 tax law that established the Arctic leasing program.

But while the EPA’s input is fairly brief, the FWS, which manages the Arctic Refuge, submitted 50 pages of comments, including numerous assertions that the BLM’s assumptions and conclusions are incomplete or flat wrong.

That flood of critical commentary springs from the tension inherent in asking an agency whose mission includes conserving ecosystems at wildlife refuges to cooperate in opening one of them to fossil-fuel extraction, says Kate Kelly, public lands director with the Center for American Progress. “The Fish and Wildlife Service is being asked to comment on an activity that is completely antithetical to the purposes of the refuge,” she says.

A recurring theme of the FWS comments, signed by Alaska Region Director Greg Siekaniec, is that the BLM misrepresents how climate change is playing out in the Arctic. For example, the bureau’s assessment that bird habitat “is likely to change slowly with climate change, except for coastal areas subject to erosion and deposition” is inaccurate, according to the FWS. “Contrary to what is stated in the DEIS, avian habitat is changing rapidly, both on the coast and inland tundra areas,” the agency comments say, using an acronym for draft environmental impact statement. "The DEIS does not correctly assess the potential impacts to birds and their habitat resulting from the changing climate."

Arctic Alaska is experiencing incredible warming, with some sites on the North Slope reaching 50 degrees Fahrenheit above normal in February. As a result, “Arctic lakes are disappearing,” the FWS warns, wetlands are draining as permafrost melts, “and ponds that have been permanent water bodies for millenia, are now completely drying during the polar summer. Therefore, Arctic habitats are already impacted and this loss is predicted to expand in the future.”

The BLM review also downplays the potential harm to birds from energy companies sucking up water from lakes and ponds to build ice roads across the tundra, the FWS argues. The Arctic Refuge coastal plain has fewer water bodies than other areas nearby, “and the use of large volumes of water could negatively affect nesting habitat in the succeeding summer. Breeding grounds are the only place for the birds to increase their numbers, and thus are an essential part of the annual cycle for maintaining bird numbers.”

"Potential salt-water spills* would not be toxic to birds but would likely kill vegetation in the spill zone and thus alter habitat." -Bureau of Land Management

"We disagree that 'salt-water spills would not be toxic to birds,' especially if spills occurred in waterfowl breeding ponds." -Fish and Wildlife Service

*Water pumped from the ocean as part of the drilling process.

The agency goes on to flag several other instances in which the BLM’s assessments of avian impacts are incorrect or incomplete. The bureau is wrong, for example, to claim that spills of salt water used in drilling wouldn’t be toxic to birds, the FWS contends. It also mixes up which bird species are present in the refuge at certain times of year, understates the potential for bird deaths from collisions with new energy infrastructure, and neglects to mention many bird species that could be affected by shipping that would accompany development, including the federally endangered Short-tailed Albatross.

The shortcomings of the draft review aren’t limited to birds, the FWS says—the bureau’s analysis is also overly optimistic about potential impacts to polar bears, caribou, and subsistence hunters. And roughly 10 times throughout its comments, the agency asks the BLM to provide citations to back up its claims.

“I think what this points to is there are many flaws with the environmental impact statement, many legal deficiencies, and the BLM has a lot of work to do to write a defensible final analysis,” Kelly says.

The bureau is still working on that final analysis, so there’s time to address the concerns and criticism raised in some 4,000 unique comments submitted during the public comment period. “BLM has an obligation to consider all of these comments—including those from its sister agency—and anticipates they will inform the Final EIS in multiple ways,” said Lesli Ellis-Wouters, communications director for the bureau’s Alaska office, in an email. Any proposals for on-the-ground oil and gas activity on the coastal plain will be subject to additional BLM review, she added.

Although it’s common for government bodies to point out shortcomings in other agencies’ environmental reviews, “I think what’s unusual about this is the breadth of comments and responses and the detail contained in this comment letter,” says Natalie Dawson, executive director of Audubon Alaska. “The information in here should impact the length of time that it takes to complete this process. It’s these types of interactions and comments that can and should slow the process down.”

Slowing the process down isn’t the same as stopping it, however. Dawson says there’s only one way to do that: “What has to happen if we don’t want to see drilling in the Arctic Refuge coastal plain, is we have to repeal the tax law,” she says.

That may be a long shot in the Republican-held Senate, where pro-drilling Alaska Sen. Lisa Murkowski runs the Energy and Natural Resources Committee, but it’s not stopping the Democrat-controlled House from trying. On May 1, the House Natural Resources Committee passed a bill to repeal the provision that established the Arctic leasing program. “This bill reflects a simple proposition, and that is there are some places too wild, too important, too special to be spoiled by oil and gas development,” bill sponsor Rep. Jared Huffman (D-CA) told the committee. “The Arctic Refuge Coastal Plain is one of those special places." 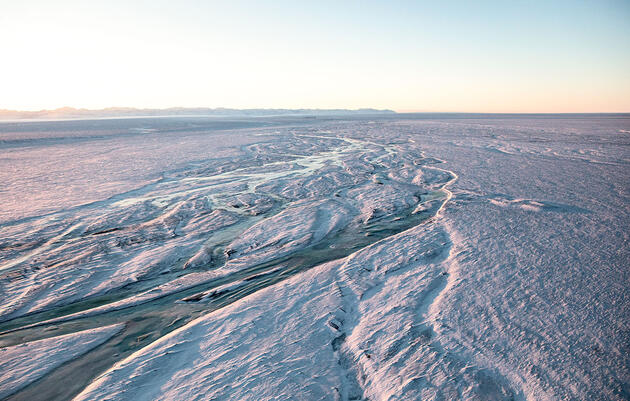 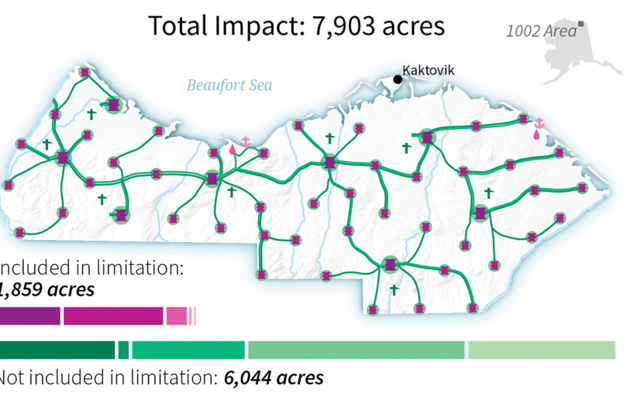 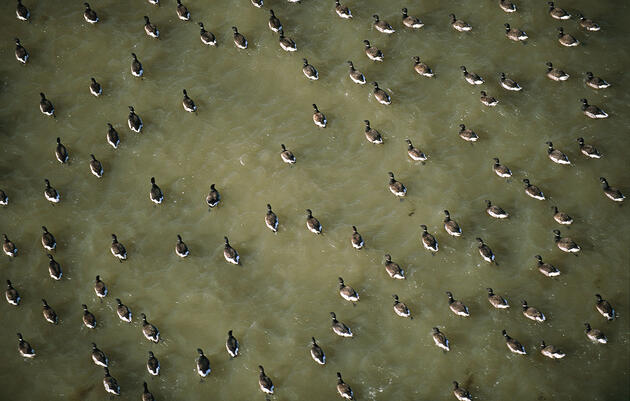