Skip to main content
Back to Great Lakes close
News

The enterprising pair have made Montrose Beach their new home, and not even flooding will keep them from trying to build a family 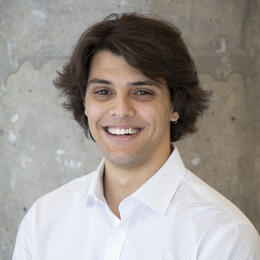 Update 7/18: Yesterday the Chicago Ornithological Society announced on Twitter that the first chick from the second clutch had hatched. This is the first time a Piping Plover has hatched in Chicago since 1955. New update! Second chick hatched on 7/18.

It was early on a June afternoon when Kris Lah of the U.S. Fish and Wildlife Service and Brad Semel of the Illinois Department of Natural Resources walked onto the sandy shores of Montrose Beach in Chicago. For Lah and Semel, heading to the beach for work is pretty standard—they both focus part of their time erecting exclosures that protect vulnerable nesting sites. But today, things were different: Local birders had been buzzing over recent sightings of a pair of endangered Piping Plovers feeding on the beach. The species itself had only recently returned to large portions of the Great Lakes, and the last recorded instance of Piping Plovers nesting in Chicago occurred in the mid 1950s.

In addition to the sightings, Lah and Semel had also heard that the pair had chosen a nesting site. If the rumors were true, an exclosure had to be set up as soon as possible to protect the nest. So the two headed toward where the nest had been reported, and with a thrill of discovery, they peered over the dunes on the far side of the beach and confirmed the news: the first successful Piping Plover nesting site at Montrose Beach in more than half a century.

Historically, the Great Lakes population of Piping Plovers ranged anywhere from 500-800 nesting pairs along the shores of the Great Lakes. During the 1800s, the birds were hunted extensively for sport and for their feathers. And by the mid-20th century many beaches were used and developed for recreation, homes, and industry, erasing viable nesting habitats for a bird that was already in severe decline. “Plovers are an open-beach species that are looking for big wide expanses of unvegetated beach,” says Louise Clemency of the USFWS. “They nest in the part of the beach usually used by people.” At its lowest, the Great Lakes Piping Plover population plummeted to only 17 pairs by 1985. Now, they are making a comeback across the region.

Montrose is Chicago’s largest public beach, and in the summer months thousands of people use it daily. Yet the two little Piping Plovers—nicknamed “Monty” and “Rose” by the local birding community—are persistent in making the lakeshore their home. Their nest is located along the eastern side of the beach, with dunes to one side and a local restaurant to the other. Twenty years ago, nesting Piping Plovers would have been improbable at best; the lakefront was riddled with debris, largely ignored, and often frequented by bulldozers and sand grooming machines.

Twenty years ago, nesting Piping Plovers would have been improbable at best.

However, after decades of work carried out by Chicago Parks District, Audubon Great Lakes, and other partner organizations in Chicago, as well as successful advocacy campaigns aimed at elevating public awareness of environmental issues, the number of local volunteers involved in beach restoration activities and a variety of other conservation initiatives has grown. “Once a month we lead stewardship days where anybody can come out and take care of the dune habitat,” Leslie Borns, a beach steward with the Chicago Parks District, explains. “We do all kinds of things, people pick up trash around the beach . . . weed invasive plants, monitor the terrain, and monitor shorebirds.” Borns, who has been leading the restoration efforts on the ground since the late 1990s says that the return of the plovers “is really a validation of the work we’ve been doing here.”

Despite these efforts, the Illinois Department of Natural Resources and the USFWS were forced to mobilize quickly in late June as high water levels along the shores of Lake Michigan posed an immediate threat to the nest. When plover eggs are at risk of abandonment, they are better off in the care of a trained biologist until fledging, says Sarah Saunders, a quantitative ecologist with the National Audubon Society. With the nest likely to be flooded, biologists collected the eggs, which are currently incubating at the University of Michigan Biological Station in Pellston, a facility that has successfully hatched and released Piping Plovers in the past.

As for the parents, Piping Plovers will often produce a second clutch given the chance, Clemency says. Indeed, the pair has already been spotted nesting again high and dry above the still-inundated portions of Montrose beach, where their previous nest is now completely submerged. With a new nesting location and four new eggs to match, officials and the local birding community remain hopeful as they monitor the nest 24/7, employing infrared camera surveillance during the night. For the past week, more than 70 volunteers have kept a close watch on the Piping Plovers, alternating shifts as a team every two hours. “I feel so fortunate that we had this wonderful birding community that could mobilize so quickly,” Clemency says. “These birds would not have had a chance without the dozens of people working round-the-clock as dedicated stewards of our wildlife.”

As efforts to protect and monitor the nest continue (the latest drama involves local conservationists trying to prevent a large music concert moving onto Montrose Beach this summer), the Windy City is one step closer to a milestone in shorebird conservation. “Those little birds are just hardy and feisty,” Borns says. “It’s incredible to see that they’re leading the way.

Success! Piping Plovers Nested in Pennsylvania for the First Time in 60 Years

The two nests were the result of years of conservation work along the shores of Lake Erie by Audubon Pennsylvania and its partners.

The banded bird, which fledged this summer, was part of the state's first Piping Plover brood in 60 years.

Three fledged chicks, raised near Canada's largest city, are the latest sign that the endangered Great Lakes population is recovering.