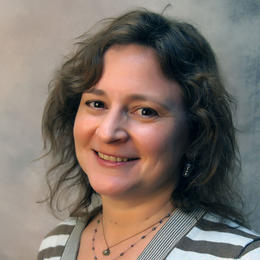 The Trump Administration announced proposed changes to gut a decades-old law that ensures the public’s right to evaluate projects’ impacts to communities of people, birds, other wildlife, and the places they need, not to mention our air, water and the rest of our environment.

Passed in 1970, the National Environmental Policy Act (NEPA) requires federal agencies to take a hard look at the environmental consequences of their actions, base their decisions on accurate scientific data, and give the public a chance to weigh in before approving actions like logging, roadbuilding, and energy development. If the proposed changes become final, we will have effectively lost one of our nation’s most important tools to ensure we think carefully about the environment before we act and pursue development in a manner that prepares us for the major changes our climate already brings.

Under NEPA, federal agencies prepare environmental analyses that thoroughly evaluate potential harm to resources and, consider ways to address those impacts, including choosing different approaches or measures that would do less harm.

Individual agencies have already started rollbacks to this important law, but today’s regulations are government-wide and set the standard for all agencies. By slashing so much out of these universal requirements, the administration is lowering the standards for review of all federal projects, whether it’s clearcutting trees in vital habitat for the Marbled Murrelet and Queen Charlotte Goshawk in the Tongass National Forest or permitting more oil and gas development in the heart of Greater Sage-grouse habitat in Wyoming’s Red Desert.

Some of the most concerning proposed changes include:

NEPA has been used across administrations of both parties to ensure that the harms from proposed actions are considered and that the public knows what agencies are planning with a chance to weigh in before they are approved. It stands for the principle that informed decisions will be better decisions. These changes are unprecedented, unnecessary and will remove important safeguards - for birds, the places they need and the places that we need.

We have a 60-day public comment period and also expect public hearings through which we can push the Council on Environmental Quality to fulfill its true mission in supporting responsible NEPA processes. The public has this chance to preserve our right to know what our federal agencies are doing and ensure they do it right.

We now know that we’ve lost 3 billion North American birds since 1970 and climate change threatens extinction for two-thirds of bird species. Birds are the canary in the coal mine, letting us know that we must do better for them and for future generations.  This is a time to improve the tools we have to ensure our economy and our heritage both prosper, not throw them away.