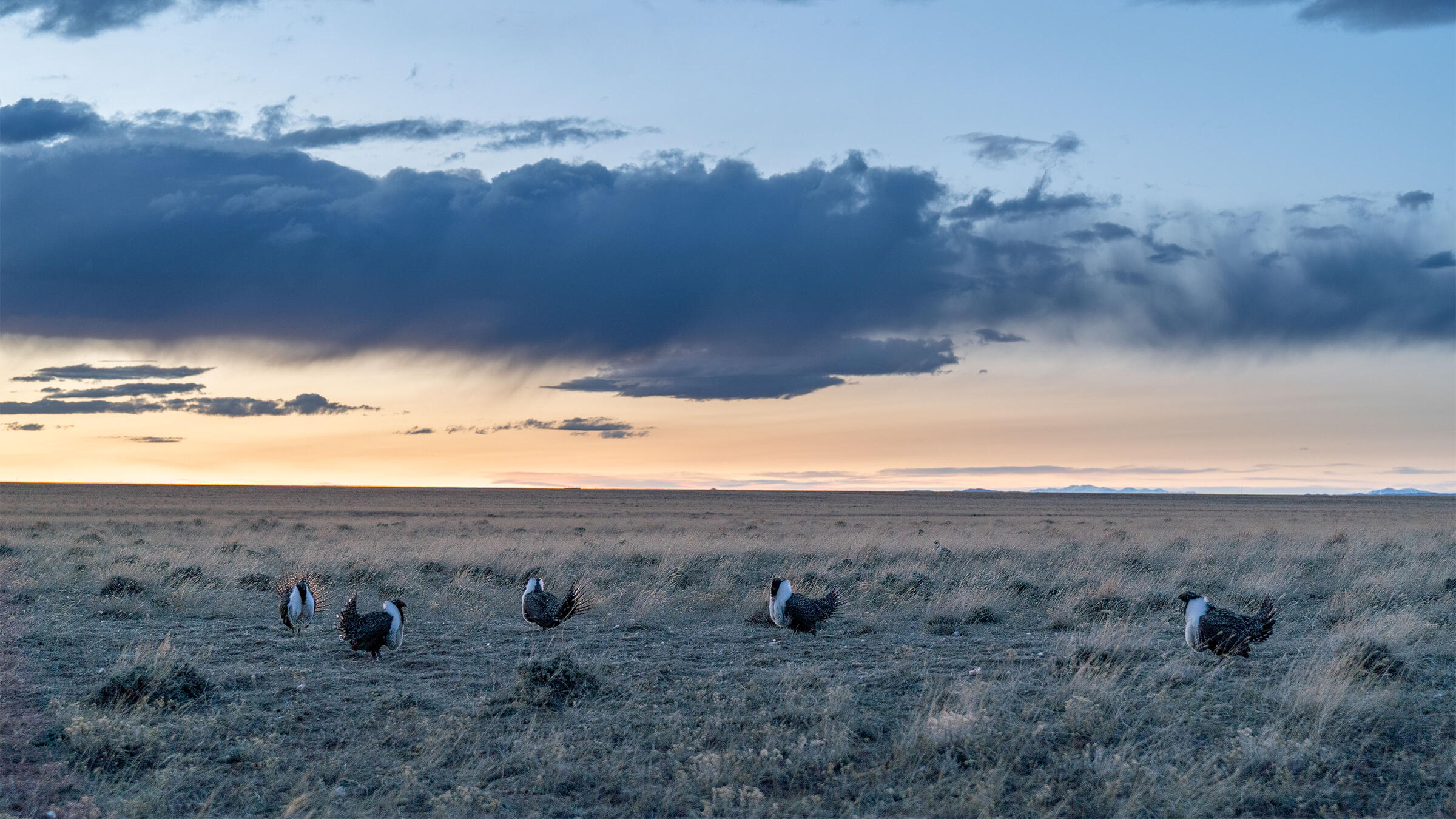 Greater Sage-Grouse Populations Have Plunged by 80 Percent Since 1965

Outlining steep losses and a gloomy future for the bird without action, a new government report aims to stem further declines with an advanced monitoring program.

Government scientists have compiled what they say is the most accurate assessment to date of how the Greater Sage-Grouse is faring across the West. The picture they paint is a bleak one.

The number of sage-grouse has plummeted by 80 percent since 1965 across the charismatic bird’s 11-state western range, according to a report published today by the U.S. Geological Survey, the science agency for the Department of the Interior. Half of that decline has happened just since 2002.

The upside, the researchers say, is that the report lays the groundwork for a more proactive approach to monitoring sage-grouse numbers and intervening to stanch losses. It establishes a “Targeted Annual Warning System” to alert government agencies when local subpopulations are in trouble and require stricter protections or other action.

“This is the most comprehensive, most quantitative summarization of sage-grouse population trends that’s ever been done,” says Cameron Aldridge, a research ecologist with the USGS and a co-author of the report. “I don't think we were surprised to characterize that sage-grouse had declined, even at those rates,” Aldridge says. “What I think is the biggest thing to come from this is we actually have a statistical way to quantify those population trends and put that into our Targeted Annual Warning System.”

The Greater Sage-Grouse has been in trouble for decades. The bird’s sagebrush-steppe habitat, devoured by development, invasive grasses, and wildfire, covers only about half the area it once did. By some estimates, as many as 16 million sage-grouse once filled plains and high deserts in Canada and 13 states. Estimates put the current population somewhere between 200,000 and 500,000.

But producing a credible count of the birds is notoriously difficult. Their populations tend to go through boom-and-bust cycles every decade or so, which can mask longer-term trends. And because the birds are well camouflaged and adept at hiding in sagebrush, the only viable way to count them is by tallying males at mating sites called leks where they perform their conspicuous courtship rites. Wildlife agencies in states that host the birds conduct their own lek counts and use the number of males to extrapolate broader population data. States report these figures on their own each year, but until now there’s been no one-stop source for annual, rangewide population estimates.

The new report and the monitoring system it sets up will provide that resource going forward. Researchers from the USGS and Colorado State University collaborated with all 11 sage-grouse states—as well as with the U.S. Bureau of Land Management, the U.S. Fish and Wildlife Service, and the Western Association of Fish and Wildlife Agencies—to create a model that pulls together all the lek-count numbers, smoothing out idiosyncrasies in how each state gathers and compiles the data to produce a comprehensive, rangewide estimate.

“They did an outstanding job of trying to standardize things and set up a set of rules so like data was compared to like data,” says Shawn Espinosa, upland game staff specialist for the Nevada Department of Wildlife. “This is a much more robust analysis of those lek data over time.”

The analysis shows that the losses aren’t evenly distributed across the West.

The analysis shows that the losses aren’t evenly distributed across the West. The pace of the decline has quickened in recent decades in the Great Basin—likely due to devastating wildfires fueled by invasive grasses—but has been less severe farther east, where conservation efforts may be softening the impact of energy development and agriculture. Numbers in one region, western Wyoming, have been relatively steady recently.

Still, if the report sets the stage for better sage-grouse monitoring in the future, it also makes troubling projections about what that future could look like if things don’t change. Under current conditions, its modeling shows, 78 percent of leks have a more than 50 percent chance of winking out over the next six decades. “That’s not tenable,” says Brian Rutledge, director of the National Audubon Society’s Sagebrush Ecosystem Initiative. “It’s not sustainable.”

The Greater Sage-Grouse was a candidate for listing under the Endangered Species Act a decade ago, but the Fish and Wildlife Service opted not to list the bird in 2015. That decision was based largely on the hope that the protections in a set of sweeping land management plans, including restrictions on development near leks and plans for habitat restoration, would be enough to stem the decline of the species. The deal to keep the bird off the endangered list was hailed as a major conservation success, but some wildlife advocates said it was a mistake and—particularly since the Trump administration drastically weakened protections for sage-grouse—have warned that those management plans aren’t strong enough to save the bird.

“This makes me think they’re probably not,” Rutledge says of the new report’s findings. “We did a lot more damage over five years than I think a lot of people have even recognized.”

That damage has come in many forms and adds up to a staggering loss of habitat, another USGS publication earlier this month shows. The sprawling report—totaling well over 300 pages with 94 authors—examines a range of threats to the sagebrush ecosystem: energy development, unsustainable grazing, massive wildfires, invasive cheatgrass, expansion of trees and shrubs, and other factors, many of them made worse by climate change. The losses hit sage-grouse hard but also weaken an ecosystem that supports some 350 species, including mule deer, pygmy rabbits, and birds like Sage Thrasher, Sagebrush Sparrow, and Brewer’s Sparrow.

The severity of these threats varies across the sagebrush sea. In the Rocky Mountain region, oil and gas development degrades more than 20 percent of sage-grouse habitat, according to the earlier report. About 10 percent of the sagebrush ecosystem has been converted to cropland, a trend that continues to chip away at habitat, especially in Washington, Montana, and Wyoming. In the Great Basin, more than 20 percent of priority sage-grouse habitat has burned since 2000. Invasive cheatgrass often takes over those burned areas long before slow-growing sagebrush can recover, setting the stage for still more fires and worsening habitat loss.

Taken together, the two reports could help bolster arguments for listing sage-grouse as threatened or endangered. Both Espinosa and Rutledge say that doing so would create significant new challenges; Rutledge worries it would lead states to back away from conservation efforts, for example, leaving the bird’s fate to a chronically underfunded federal endangered species program. But listing may become the only option unless government agencies are willing to make significant new investments in restoring habitat and get tough about restricting mining, oil and gas drilling, and other development in sage-grouse habitat, they say. The USGS has provided clear evidence that the status quo isn’t working. 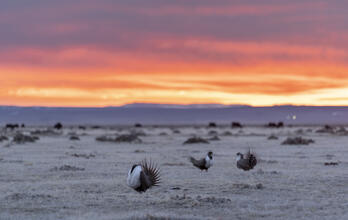