Back to Dakota close

A rare bird alert is usually a fortunate event: But not so for a Northern Hawk Owl that turned up dead in rural Washington earlier this month.

Northern Hawk Owls usually live in the boreal forests of Alaska and Canada, only dipping south on occasion to search for food and to nest. In fact, just two individuals have been spotted in the Lower 48 this winter. So when birders on the online forum “Tweeters” began posting about one of the white-faced, smoky-plumed raptors in Okanogan County, Washington, in early January, a stream of camera-, scope-, and binocular-carrying folk started lining up on Cassimer Bar Road.

But as the visitors gathered throughout the week—some even checking in from Oregon—a nearby resident grew increasingly annoyed, telling them that scopes and binoculars were “okay,” but that they couldn't take photos of his property. On January 9, birders noticed that the neighbor had posted a sign: “No photos allowed.” Later that day, the owl was photographed hanging dead by one foot from a tree branch. Presumably, it had been shot. The case is currently under investigation by the Colville Native American Tribe, which owns the land.

Since the death of the owl, a heated discussion on birding ethics has risen on the "Tweeters" forum. It’s unclear if the perturbed homeowner was responsible for the death of the creature, which is protected under the federal Migratory Bird Treaty Act, but some are assuming that the influx of birders may have led to its tragic end. “If any of us pushed the limits of respect to this property owner . . . [we] are in part responsible for encouraging his deplorable actions,” Beth Thompson, a birder who decided against visiting the owl, wrote on the forum.

If this was indeed a tale of revenge, as bird lovers and conservationists, how can we prevent it from happening again? “The bird’s safety must always come first,” says wildlife photographer and 2015 Audubon Photography Awards grand prize winner Melissa Groo. This is the golden guideline of the American Birding Association's principles of birding ethics, she says: to promote the welfare of birds and their habitats. Anything we may do to jeopardize either of these is considered unethical. Even though Cassimer Bar Road is public, the owl was perched on private land; no matter where you’re standing, pointing scopes and cameras towards someone’s window could “feel invasive,” Groo says.

Other members of the birding community urge caution as well. Noah Strycker, who broke the global Big Year record last year, says that when a landowner expresses that they don’t want you there, “[birders] need to find another rare bird to chase—it’s time to leave." It’s important to consider how your presence will disturb the human neighbors, too, since they hold a lot of sway over the bird’s well-being.

To avoid tensions from rising, it’s important to give back to the local community by supporting it—either by getting lunch in town or shopping at local businesses. “The community is providing [birders] with something special,” says Christi Norman, Audubon Washington’s director for the scrub-steppe conservation program in Eastern Washington. Conversation can also be key. "The more communication, the more up-front you can be with the community, the better,” Strycker says.

Of course, that doesn't put the reponsibility solely on birders. “We can’t just kill wildlife because it’s inconvenient to us,” Norman says. An owl, particularly one that happens to be among the least-studied in the world, should never bear the cost of our differences. In the end, this story isn’t about who’s right or wrong. It’s the start of a conversation about what will happen the next time a rare bird swoops into town. 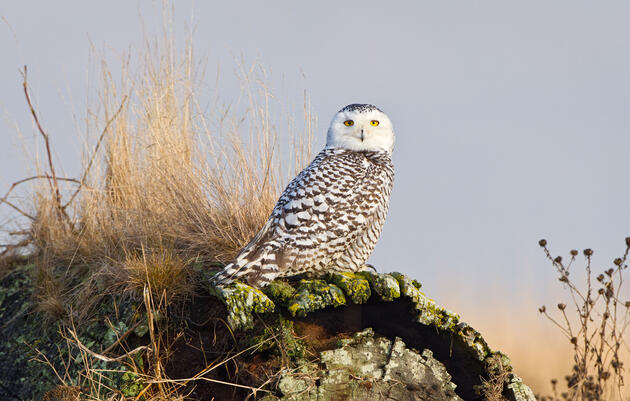 Before you post a photo on Facebook—or even take the shot in the first place—consider the bird's well-being. 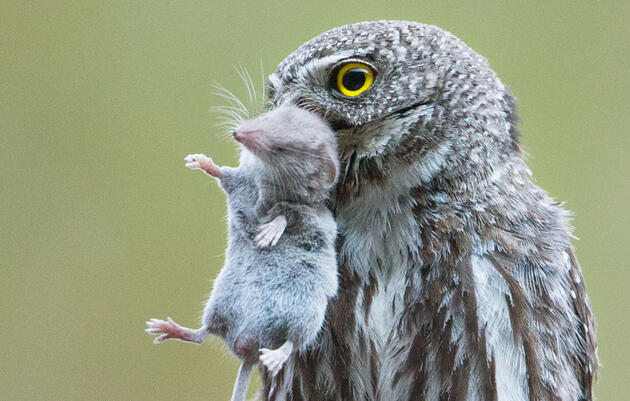 Why You Shouldn't Feed or Bait Owls

Some photographers use live mice or even cat toys to attract owls for an action shot. The photo isn't worth it—here's why.

These owls may wear the same game face, but when it comes to personality, they’re as different as day and night.