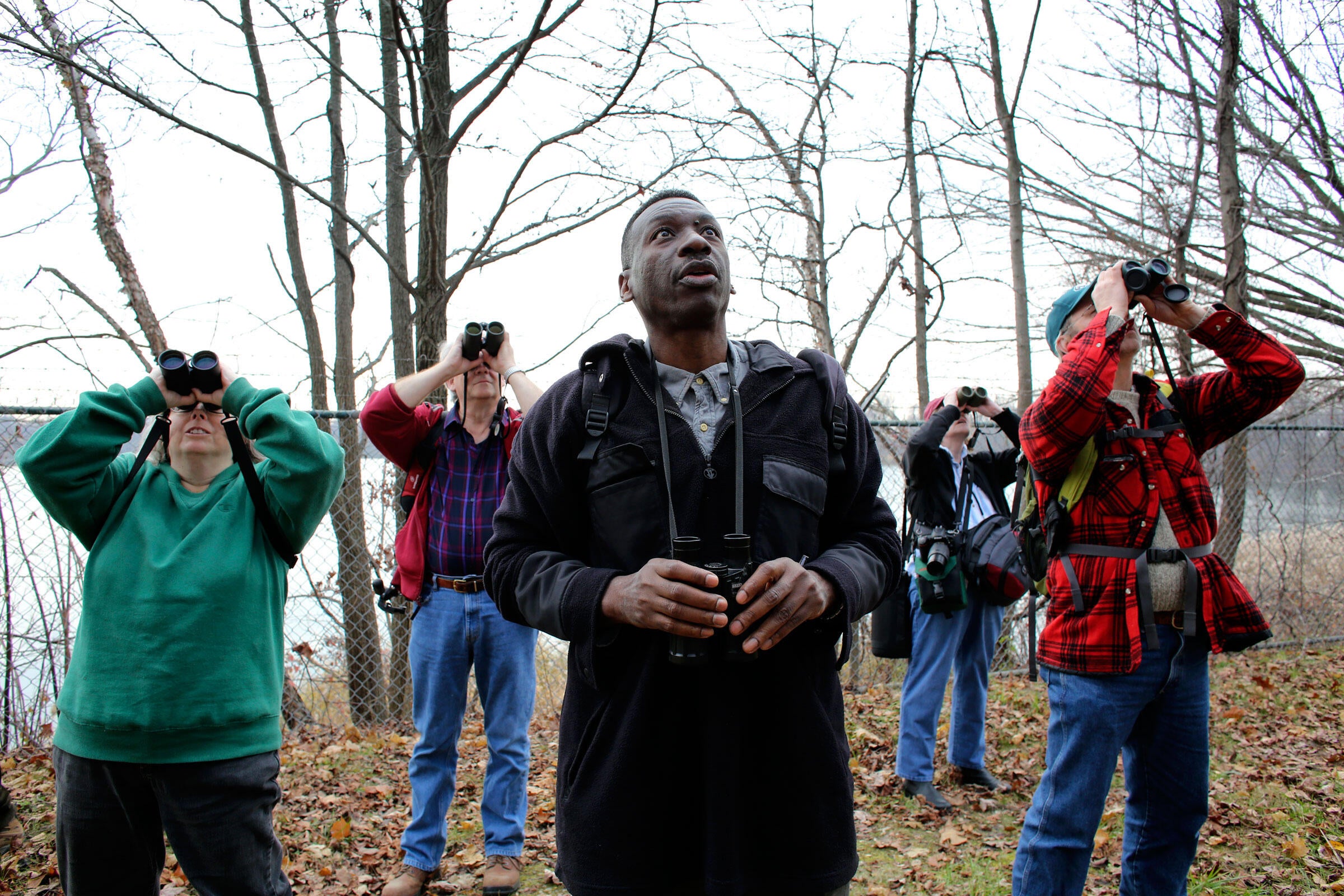 Birding in the City of Brotherly Love

Keith Russell is not a leisurely weekend birder: He is a master of bird song, a well of avian facts, and a Philadelphia native who’s sparked bird fervor in the City of Brotherly Love. It started when Russell was in third grade and took to the streets on foot, binoculars in hand, to memorize birds in his neighborhood. Today he’s the Urban Conservation Program Manager for Audubon Pennsylvania and one of the most prominent bird nerds in the area. This month the American Birding Association recognized Russell for his ornithological contributions to the region. His lifelong commitment to urban birding has helped protect vital stop-over habitat throughout Philadelphia and connect entire communities to the natural, hidden environments teeming alongside city life.

Despite being situated along a prime migration route, it took years before Philly gained official recognition as a top urban-birding destination. “The city has always had a reputation among birders, and certainly among non-birders, as a bird-poor area,” Russell says. “A lot of people who live in the city or work in the city don’t happen to know that cities can be fantastic places for birds. They think there are always more birds somewhere else.” Though the annual Christmas Bird Count covers a small strip of northeastern Philadelphia, the majority of parks and neighborhoods in the city went uncounted for years—until Russell decided to fill in the gaps.

“Having grown up here and finding lots of birds here, I thought it would be neat to draw attention to birds just within the city limits,” Russell says. In 1987, he organized a small crew of volunteers and kick-started the Mid-Winter Bird Census, a citywide count of migrating and local bird species that nestle into the concrete jungle each winter.

Russell and his team began staking out parks, neighborhoods, and snow-dusted alleyways quantifying species along the way. The count was a success, tallying 87 species in the first year alone. Thirty years later, Russell has almost 100 volunteers scouring park trails and city sidewalks throughout January. “We recorded 107 species this year,” Russell says. “There are 76 Christmas bird counts in Pennsylvania, and none of them recorded that many species. That type of evidence is compelling. It helps people understand that urban areas are important areas to do conservation in.”

Not only has the census increased birding within the city among locals, it’s also proven instrumental in preserving green spaces and bird habitat—including the designation of an Important Bird Area in Fairmount Park, Philadelphia’s largest park system. In 1997, when city officials planned on draining a dilapidated water reservoir within the park, Russell presented years of data collected during the MWBC that showed how ecologically diverse the reservoir was. Not only was it a refuge for local birds, years of quiet had transformed the overgrown banks and dark waters into a major way station for Canvasback Ducks and other species migrating across the Eastern seaboard. Despite the site being ensnared in public and private interests, Russell’s data was received shockingly well. The lake was left to the birds, and in 2005 Fairmount Park was officially designated an Important Bird Area.

Today, nearly 20 years since the reservoir was slated for demolition, Audubon Pennsylvania and Outward Bound are building on Russell’s conservation foundation. The two groups have partnered to erect a $17 million Discovery Center along a section of the reservoir (an area that’s been inaccessible to the public for nearly 50 years). The center is scheduled to open next summer and will offer hands-on environmental education, confidence-building programs, and lessons in natural history, in addition to providing local communities and inner-city youth the opportunity to bask in one of Philadelphia’s richest bird habitats. “If we didn’t have the MWBC,” Russell says, “that reservoir would have been drained and converted to another use.”

Even with all the new outreach opportunities the Discovery Center will offer, Russell still plans on organizing nature walks throughout Philadelphia’s park system and leading the annual Mid-Winter Bird Census each year.