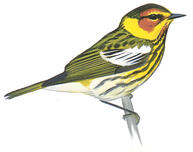 Much of what we know about migration comes from the tiny aluminum anklets many birds wear on their travels. At stations around the world, scientists briefly capture birds in delicate mesh nets, measure them, and then outfit each with a band sporting a unique ID that helps researchers track its movements. For bird lovers, visiting or volunteering at a banding station can provide up-close avian encounters and a chance to contribute to valuable science.

Before bird banding became widely adopted, scientists relied on surveys to estimate species’ abundance. Although still useful for studying elusive birds, these observations by sight and sound only capture a snapshot of the species present at a particular location and time (unless the survey is repeated regularly, like Audubon’s annual Christmas Bird Count). The data accrued through banding has enabled biologists to answer other essential questions about birds’ movement patterns, population trends, and life spans.

Some 80 million birds, representing 1,000 species, have been banded in North America since the federal government began coordinating banding efforts in 1920. Researchers, birders, and others who recapture or find a banded bird can report it to the USGS, thus adding to a vast data set that has revealed basic information about avian behavior and continues to divulge new secrets.

“Think of the band as a name tag,” says Zach Hutchinson, a community science coordinator with Audubon Rockies. For example, the leg band fitted in 1956 onto Wisdom the Laysan Albatross—the world’s oldest known banded bird—helps biologists pick her out from the thousands of birds nesting on Midway Atoll, Hawaii, allowing them to estimate her age (70 years!) and the number of chicks she has raised (39!).

While banding is simple for large birds like Wisdom—they’re so dedicated to incubating their eggs that scientists can gently lift them off their nests to band them—smaller birds require a bit more effort. Shortly before sunrise, scientists set up nearly invisible mist nets to gently ensnare birds flying between roosting areas and food sources. They check the nets frequently, remove any captured birds, and place them inside soft cloth bags to keep them warm and calm.

At the station—sometimes a barn, shelter, or canvas tent—banders identify each bird and fasten a small metal band around its leg, matched to the bird’s size so it won’t slip off or impede movement. (Bigger birds like Wisdom also typically receive a larger plastic band for a faster ID in the field.) While the bird is in hand, they record its age and sex and assess its body condition by measuring weight and fat reserves. Banders also note whether a bird is breeding, indicated by a bare spot on the breast for incubating eggs, or if ticks or other parasites are present. All this information helps researchers match birds’ body condition and fat stores to nearby food sources, helping identify emerging threats and important habitats that need protection. 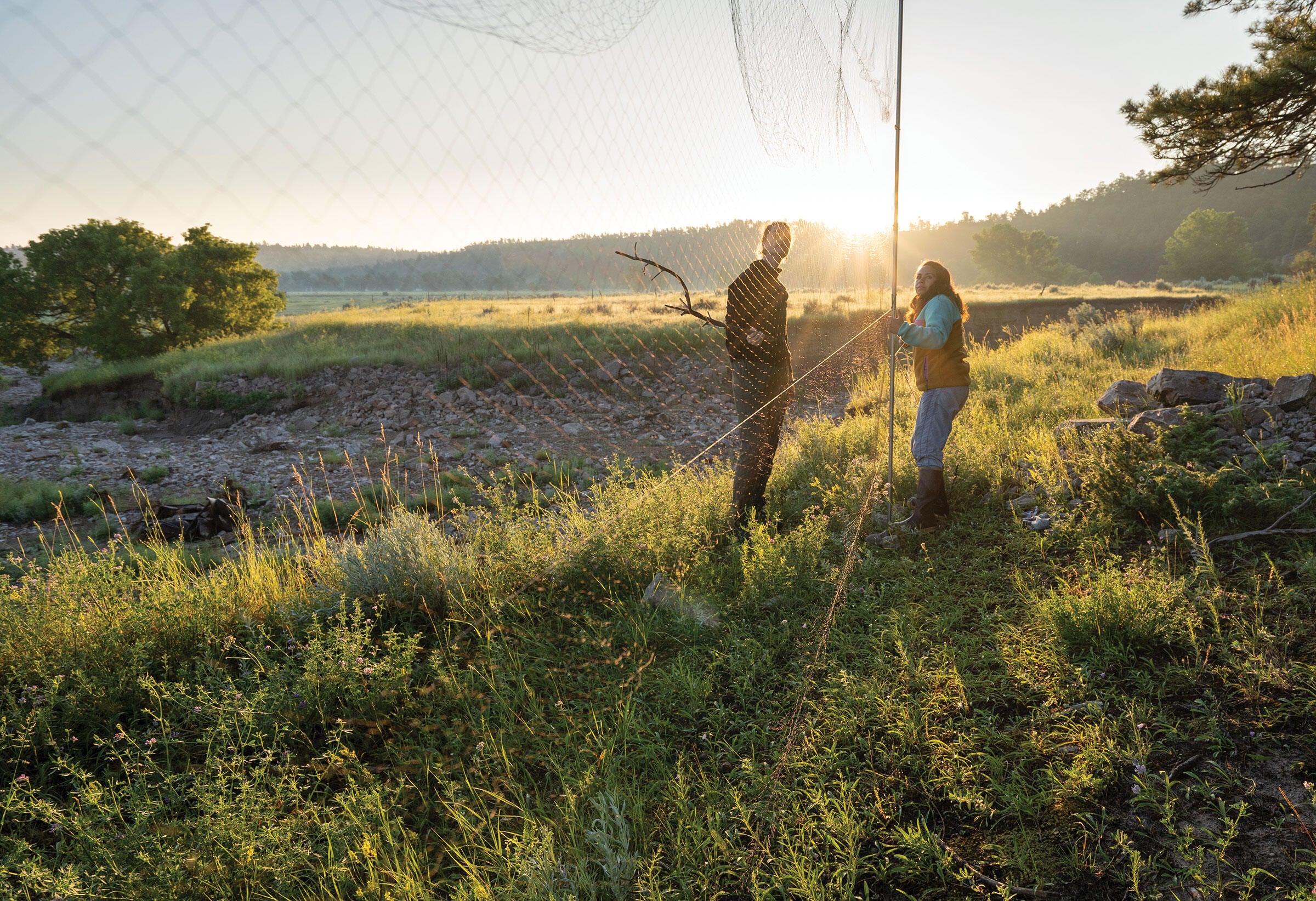 While banding provides a trove of data, Hutchinson emphasizes that bird safety is paramount. Banders strive to minimize handling time to reduce a bird’s stress: The entire process usually takes less than 60 seconds between its removal from the cloth bag to release. Hutchinson and others even eschew bug spray and sunscreen, as the chemicals could interfere with the waterproofing of feathers.

At many sites, volunteers play a crucial role in this science.

At many sites, volunteers play a crucial role in this science. Hutchinson bands thousands of birds annually at five stations in Wyoming, aided by volunteers he’s trained to help remove birds safely from mist nets, measure them, record data, and more. “I’ve seen dramatic transformations in people who didn’t know a single bird on day one who are extracting birds and recording data at an accelerated rate by the end of the season,” he says.

Before volunteering, Hutchinson recommends brushing up on your bird identification skills—but don’t be surprised if you struggle with an ID at the station. “You will get to see them in a way you’ve never seen them before,” he says. Volunteers may be outside for up to 12 hours straight, so consider bringing water and snacks, and wear layers to prepare for variable weather conditions. One of his key tips for new volunteers: Don’t be shy about asking questions, since the answers will accelerate your learning and help you keep birds safe.

For volunteer opportunities near you, contact your local Audubon chapter, or check out the Institute for Bird Populations website, where you can find a map of stations or sign up for a banding class.

Not ready for that kind of time commitment? No problem: Some stations invite the public—by appointment or on open-visit days—to experience banding in a more casual way. These visits can be revelatory, says Jen Owen, director of the Michigan State Bird Observatory. School groups and other untrained visitors to Owen’s sites don’t band birds, but they get to see the process up close, and may even release banded birds from their open palms. “People care because they got to see the bird in their hand,” she says. “It became real to them.”

This story originally ran in the Spring 2022 issue as “Band Camp.” To receive our print magazine, become a member by making a donation today.