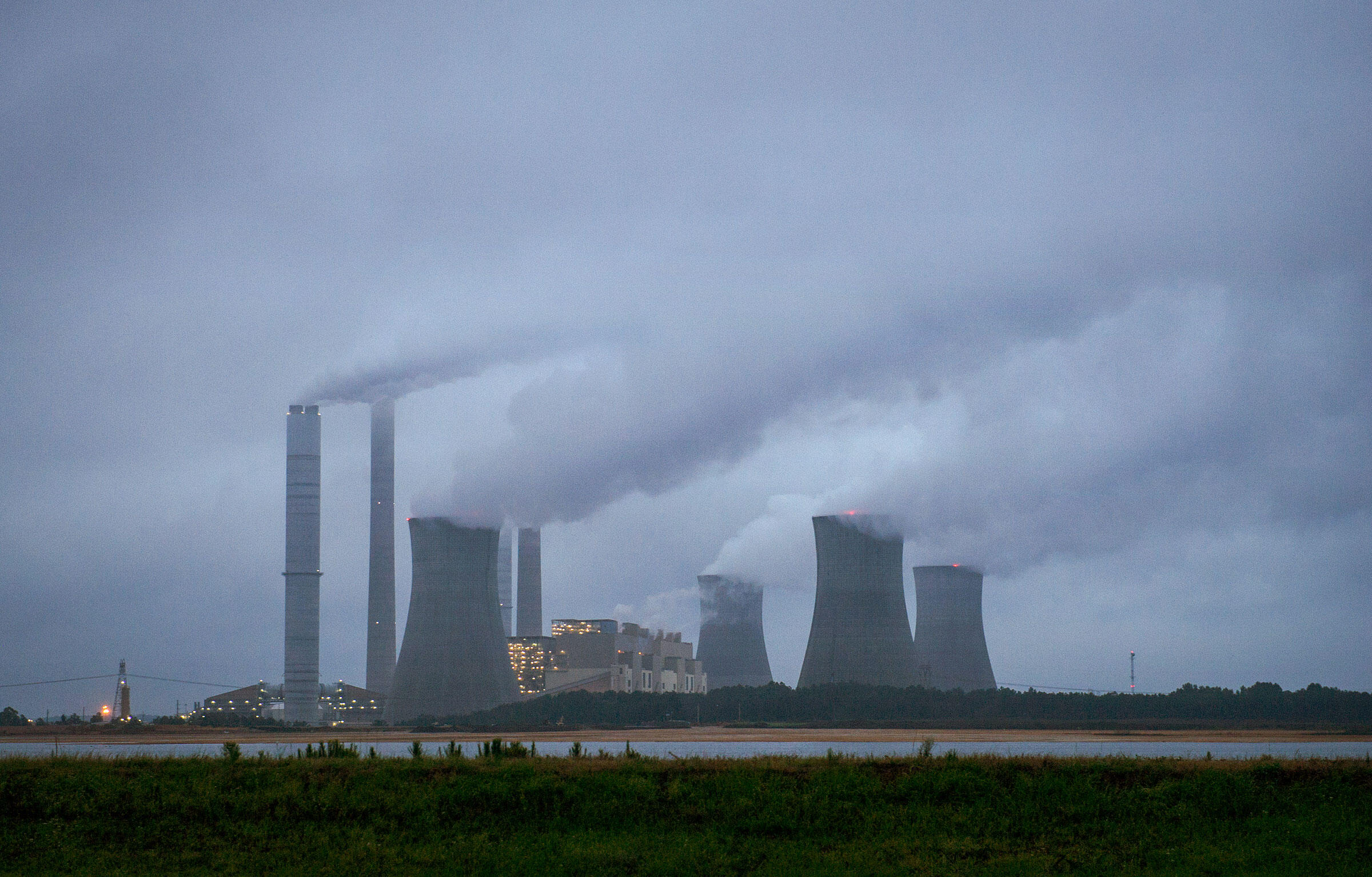 To justify its position, the agency is choosing to blatantly disregard the health impact to humans and wildlife, critics warn.

At first glance, a December 28 announcement from the U.S. Environmental Protection Agency looked like an outlier in the Trump administration’s pattern of repealing regulations. A press release said the agency planned to revise an Obama-era air pollution rule, but emphasized with bold type that its limits on mercury and other toxic emissions “would remain in place as EPA is not proposing to remove coal- and oil-fired power plants from the list of sources that are regulated” under the Clean Air Act.

But that’s far from the whole story. Look closer, and what the EPA is really proposing is to ignore billions of dollars’ worth of annual health impacts when it weighs the costs of implementing the 2012 rule against the benefits of less pollution. With these substantial health considerations removed from the new formula, the agency says it is no longer “appropriate and necessary” to regulate hazardous air pollution from power plants. Rather than demolishing the rule with a wrecking ball, the proposal takes a jackhammer to its foundation.

“While the headline is reassuring that the standards are proposed to be left in place, the underlying action here, which is removing the ‘appropriate and necessary’ finding, suddenly makes those regulations legally vulnerable in a way that they weren’t,” says Joseph Goffman, executive director of the Environmental and Energy Law Program at Harvard University and a former EPA official.

Coal-fired power plants are responsible for nearly half the country’s mercury emissions. Power companies responded to the rule by closing some plants and adding pollution-capturing technology at others, and by 2016 the industry had met its requirements. As expected, the air got cleaner. From 2015 through 2017, U.S. mercury emissions from power plants plunged by 65 percent, according to a Center for American Progress analysis of government data.

Overturning the Mercury and Air Toxics Standards—the official name of the policy—would have major consequences for human health and wildlife. When airborne mercury settles on water or land that’s often damp, microbes convert it to methylmercury, which is highly toxic and becomes more concentrated as it moves up food chains to people and predators.

“Mercury exposure at high levels can harm the brain, heart, kidneys, lungs, and immune system of people of all ages,” according to the EPA. When a pregnant woman ingests traces of the toxic heavy metal, often by eating tainted fish, it can impair her child’s IQ and motor function. Methylmercury exposure can also raise the risk of diabetes and cause cardiovascular problems for adults, including higher chances of a fatal heart attack.

The 2012 standards were designed to reduce power plant emissions of mercury by 90 percent while also curbing arsenic, acid gases, and other pollution. Meeting that target would come with a hefty annual price tag of $9.6 billion, Obama administration calculations found. But while the EPA quantified only $4 million to $6 million a year in health costs directly related to mercury, the agency said the regulations would produce up to another $90 billion a year in so-called co-benefits. That’s largely because technology for capturing smokestack mercury also sucks up harmful soot. All told, the standards would prevent up to 11,000 premature deaths every year, along with 4,700 heart attacks and 130,000 asthma attacks, EPA projected.

These co-benefits are what the agency proposes to drop from the new formula. Using that math, the rule’s costs would far outweigh its benefits, raising the possibility that a judge could overturn the standards.

“By taking away the legal justification for the standard, they’re making it very easy for challengers to say that the standard can’t survive,” says Richard Revesz, director of the Institute for Policy Integrity at New York University. “The consequences are enormous and the analysis is atrocious. You won’t find a single respectable economist who would say this was a plausible methodology.”

“The consequences are enormous and the analysis is atrocious."

-Richard Revesz, director of the Institute for Policy Integrity at New York University.

Another issue is that the actual impact of mercury on human health is likely far greater than the EPA's $4 to $6 million estimate. Opponents of the new proposal point out that EPA’s original analysis recognizes only a tiny subset of mercury’s direct health impacts, which they argue, would far outweigh the rule’s costs—even without adding co-benefits—if properly considered. The up to $6 million in EPA’s earlier analysis reflects only the lost IQ points of children who eat freshwater fish caught by recreational anglers, they note, while more than 80 percent of the methylmercury Americans ingest comes from ocean fish.

“Which is ridiculous,” says Elsie Sunderland, a professor of environmental science and engineering at Harvard. “It’s absolutely incorrect. This isn’t the right number.” Recent studies that didn't figure into EPA's formula indicate that the rule’s mercury-related benefits extend far beyond improved IQs and are “orders of magnitude larger” than the earlier estimate, reaching into the billions of dollars annually, according to a recent Harvard analysis by Sunderland and others.

The public will have 60 days to comment on the proposal once it’s published in the Federal Register. Given the partial government shutdown, it’s unclear how soon that will happen. EPA spokeswoman Molly Block declined to comment for this story, citing the shutdown, and referred Audubon to the agency's December 28 press release.

Meanwhile, the actual cost to meet the standards appears lower than the original $9.6 billion-per-year estimate. Last July, representatives of the electric power industry—which previously sued to block the mercury standards—wrote a letter urging the agency to keep them in place, noting the importance of certain and predictable regulations in their business. The industry had invested roughly $18 billion in total to comply with the rule, the letter said, suggesting EPA significantly overestimated the price of doing so.

Despite the power sector’s support for sticking with the standards, coal companies cheered EPA’s announcement. “We welcome the agency’s proposal to revisit what stands as perhaps the largest regulatory accounting fraud perpetrated on American consumers,” said Hal Quinn, president and CEO of the National Mining Association, in a statement. Acting EPA Administrator Andrew Wheeler is a former lobbyist for the coal industry, including work for Murray Energy Corporation, an especially adamant opponent of pollution regulations.

This isn’t the first time Trump’s EPA has sought to undermine environmental policies by altering the math they were built on. When the agency in 2017 proposed repealing the Clean Power Plan, a major Obama initiative to limit greenhouse gas emissions from power plants, it used a new calculation to justify the move. EPA called for slashing the social cost of carbon—a figure set by the previous administration to guide federal climate policy—from $45 per ton of carbon dioxide emitted in 2020, to between $1 and $6. In a separate effort to freeze vehicle emission standards, the administration has relied on an analysis “riddled with calculation mistakes, indefensible assumptions, and broken computer models,” the Atlantic reported.

“There’s an ongoing campaign this administration is waging on multiple fronts to change the way the agency recognizes the benefits of pollution reduction,” Goffman says. “It’s that overall campaign that’s really dangerous.”

A full accounting of the rule’s benefits should also acknowledge mercury’s impacts on birds and other wildlife, which the original rule failed to include in the co-benefts, critics say. Methylmercury can kill birds at high enough concentrations, but even low doses do harm. Most notably, exposed birds tend to have fewer babies that survive, says College of William and Mary ornithologist Dan Cristol. Methylmercury can also damage birds’ immune and endocrine systems, he says, and might make their already challenging migrations more perilous, in part by scrambling their spatial memory.

It’s not only fish-eating birds like Ospreys and Common Loons that are at risk; methylmercury reaches far beyond riversides and wetlands, finding its way into the bloodstreams of Carolina Wrens, Tree Swallows, Red-eyed Vireos, and numerous other insect-eating birds, Cristol’s research has shown. It is seen as a significant factor in shrinking populations of Rusty Blackbird and Ivory Gull, and may contribute to declines of other species, he says.

Audubon is nonprofit, and stories like this are made possible by our readers. You can support our journalism by making a donation today.

Mercury wreaks havoc on birds—and climate change may make it more common in some coastal food webs, according to a new study.