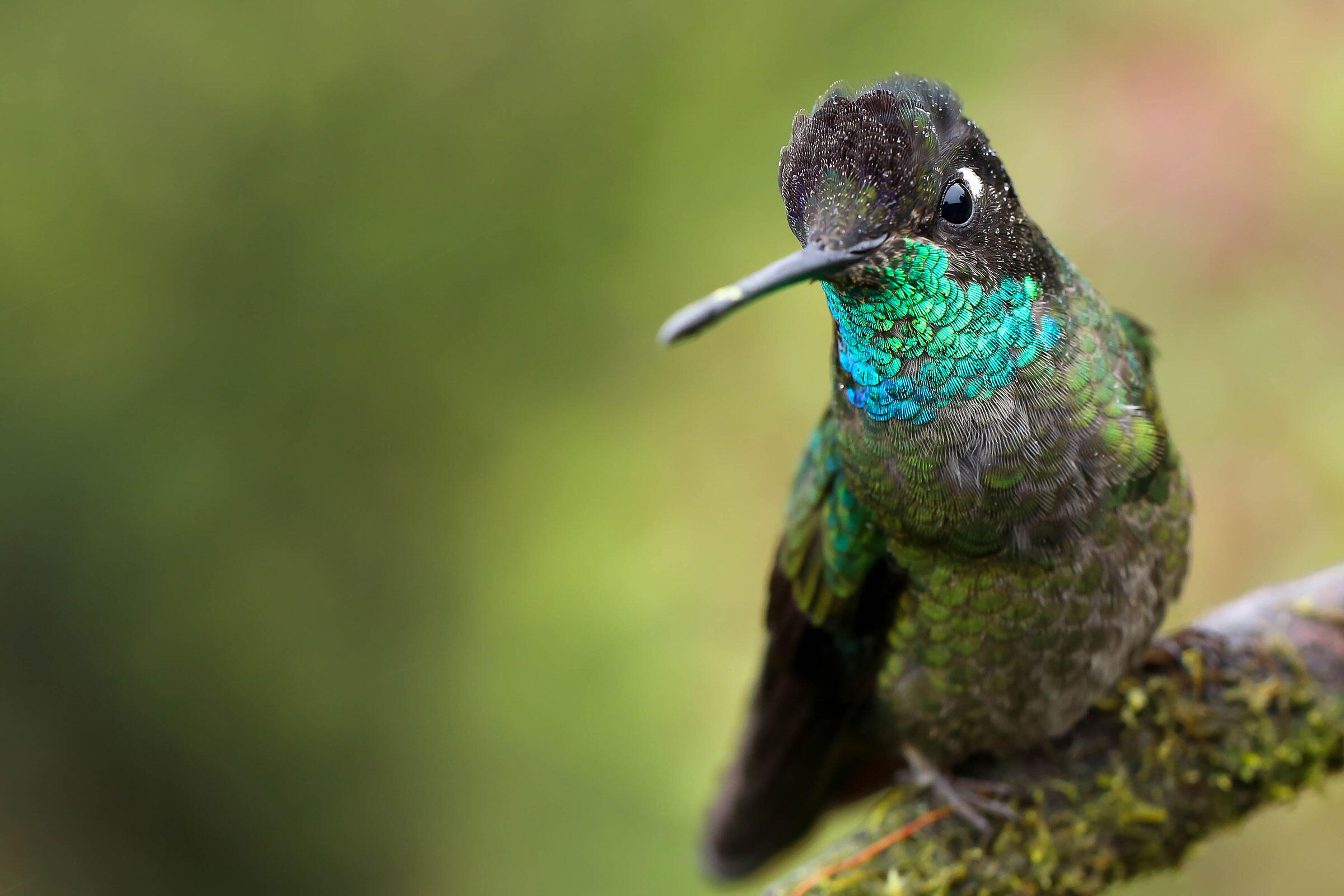 If you’ve ever looked closely at a hummingbird’s feathers, you may have noticed the shimmering colors that seem to shift with your point of view. What you’re seeing is a phenomenon scientists call iridescence, and it’s the same effect that lends soap bubbles, oil slicks, and some seashells their rainbow glow.

Hummingbirds aren’t the only birds with iridescent feathers, but theirs are so strikingly colorful and flashy that Chad Eliason, a postdoctoral associate at Chicago’s Field Museum of Natural History, was running out of words to describe them. Eliason knew the basics of how hummingbirds get their glittering colors: not from pigment, but from the way light reflects off of their feathers. And studies had revealed that structures called melanosomes within feather cells are the key to that play of light.

But Eliason wanted a more detailed understanding of how these cell structures create color, not just in a few species, but across a broad sample of the hummingbird family. “If we're going to understand why some groups of birds are more colorful than others, then let's start with one of the most colorful and perhaps the brightest,” he says.

Now Eliason and his team have completed the largest-ever study of these light-shifting structures in hummingbirds. They viewed feathers from 34 species under an electron microscope, which offered the molecular-level perspective they needed to study melanosomes so tiny that 100 million of them can fit on a single hummingbird feather. 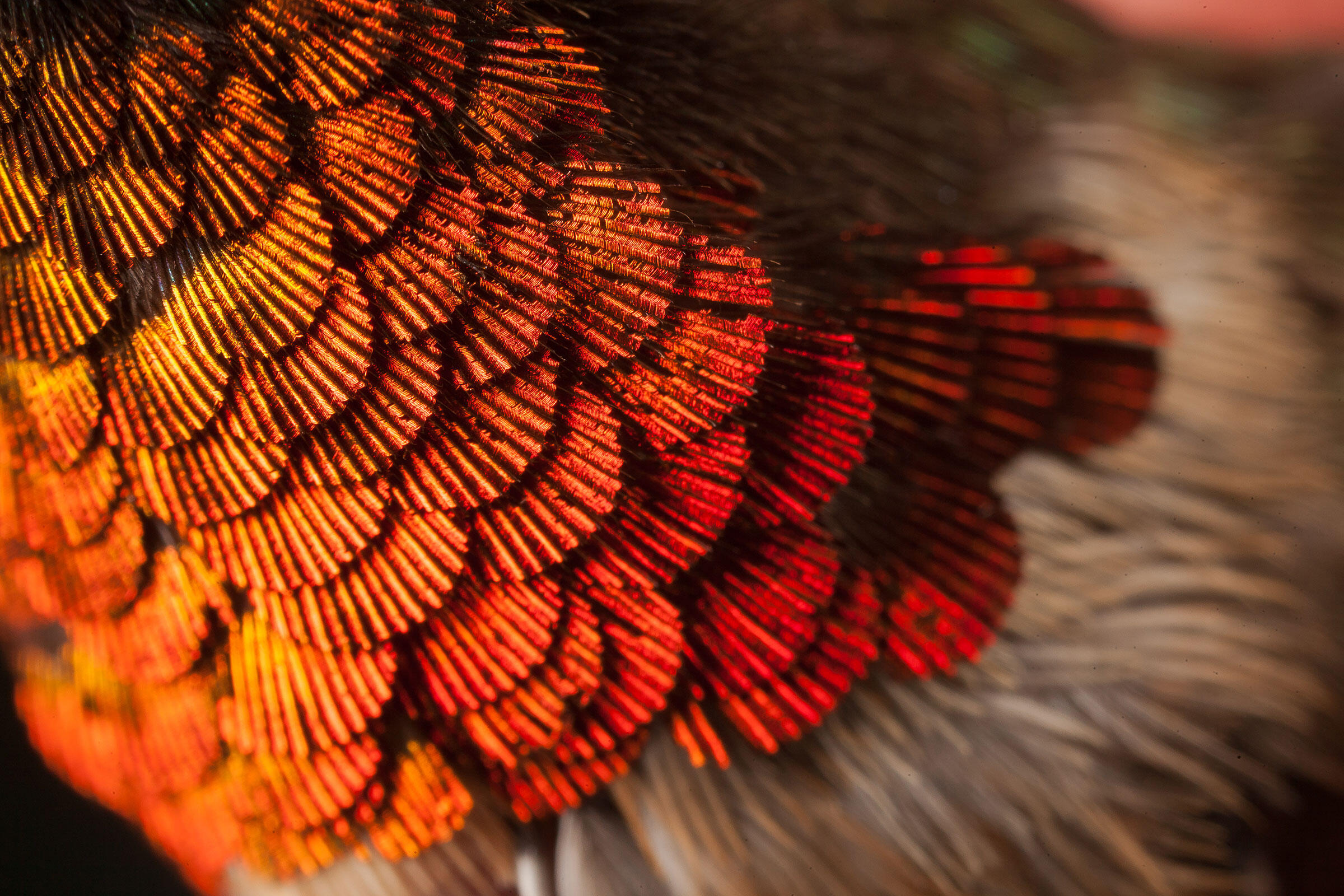 What sets hummingbird melanosomes apart from those in other birds, they report in the journal Evolution, is their structure: They’re flat like pancakes, and packed with air bubbles that reflect light in interesting ways. The hummingbird family owes its stunning diversity of color schemes to varying arrangements and layerings of these air pockets, and to the way feather linings of different thicknesses further complicate the way light dances.

The researchers also examined the melanosomes of other brightly colored birds, such as green head feathers from a Mallard. Rather than resembling pancakes, the structures were tube-shaped, and had fewer air bubbles than were found in hummingbirds. As a result, these ducks and other species aren’t as brilliantly iridescent. 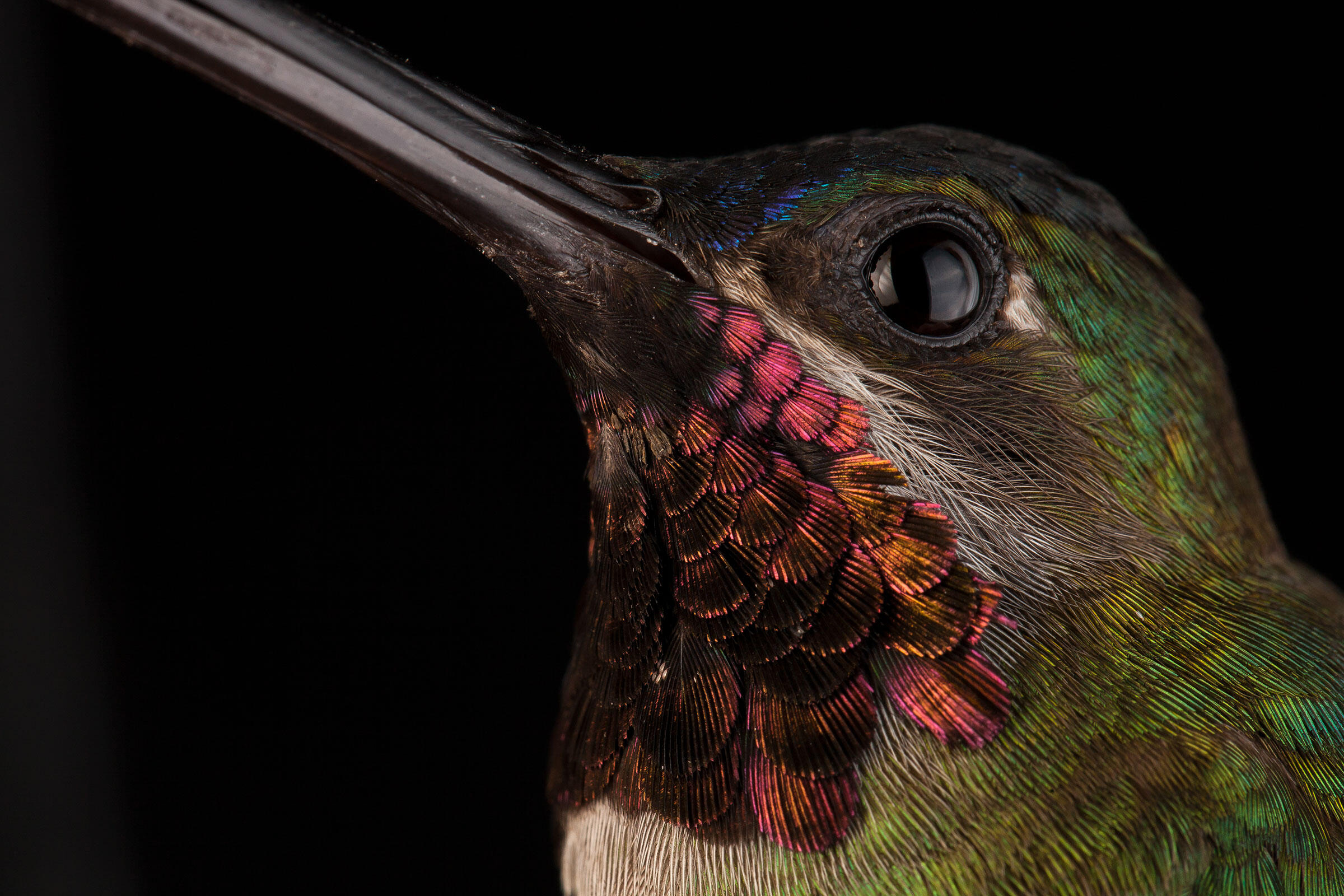 While melanosomes had been studied before in a few species, the diversity of samples in Eliason’s study make it especially valuable for understanding why hummingbirds are so vibrantly outfitted, according to Christopher Clark, a hummingbird researcher from the University of California, Riverside who did not participate in this study.

“Pretty much every color that humans can see are represented, as well as a whole bunch of colors that birds can see, but we cannot,” Clark says. “If you want to know how the whole rainbow is being made, you literally have to look at birds that have all of the different colors that are being produced."

While Eliason now has a better understanding of what makes hummingbirds so colorful, he wants to dig deeper into their evolutionary history to understand why. In the new study, he and his team found that the melanosome structure did not evolve at the same time as other feather traits, such as the thickness of the feather lining. In effect, that provided the birds with more possible combinations of air bubbles and other factors to play with—more fillings and toppings to give their pancakes more flavor options.

But where did the pancake melanosomes came from in the first place? One possible explanation is that the numerous air pockets inside might make it easier for hummingbirds to fly, Eliason says. With more research, he hopes to shine some light on the question and see what surprises shimmer forth. 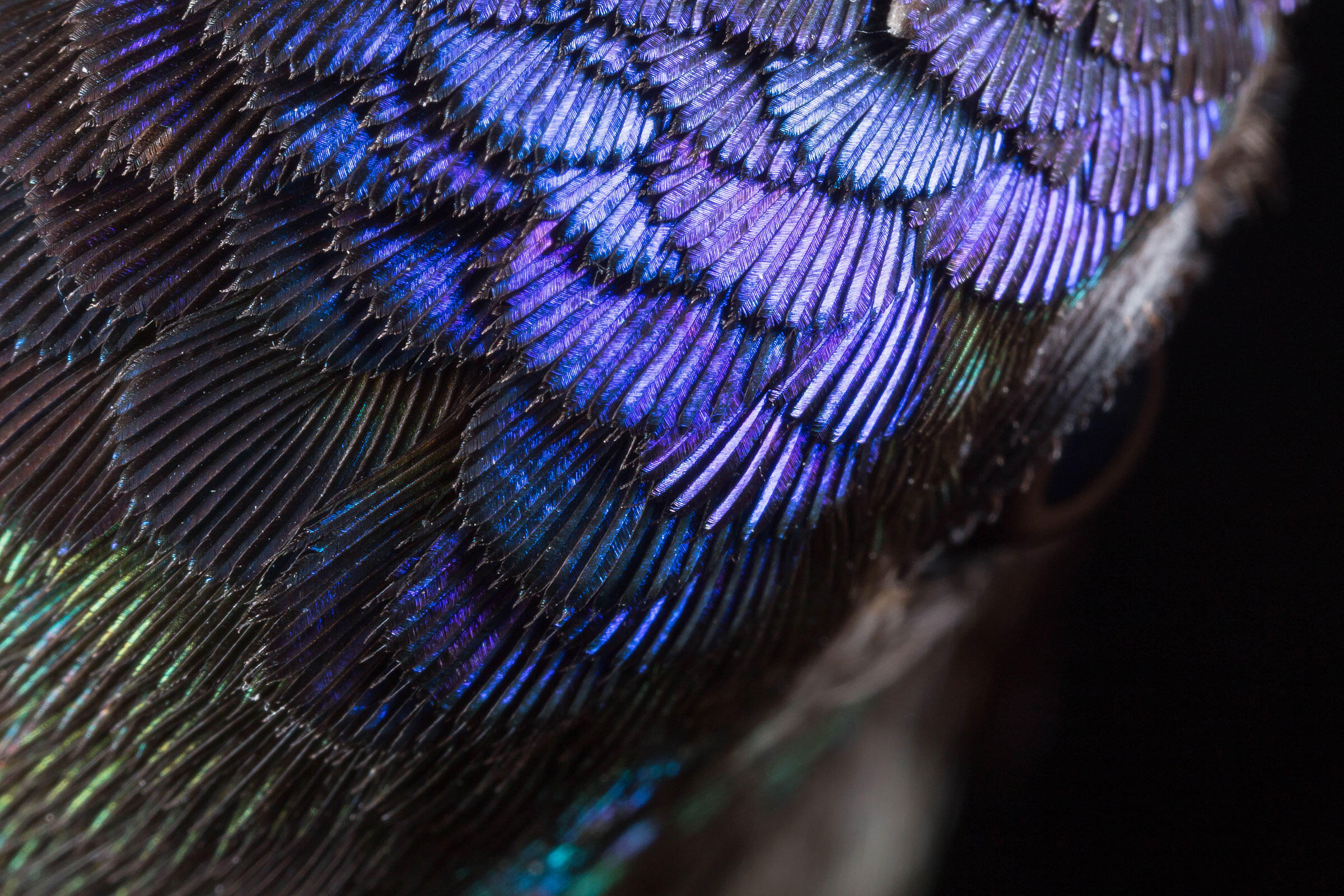 Almost a decade after “The Hills,” the Los Angeles native has found a new fan base in the hundreds of hummers that visit his decked-out home.