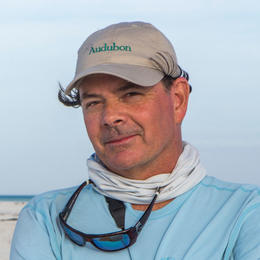 It took a dedicated birder to convince pharma giant Eli Lilly to use a synthetic compound instead of horseshoe crab blood in a mandatory medical test. Now, he hopes the rest of industry will follow.

Watch ‘Birds of May,’ a New Documentary About Red Knots

The film explores the growing debate over the environmental impact of oyster farms in Delaware Bay, an important stopover site for the threatened shorebirds.