NEW YORK (June 25, 2020) – As threatened Piping Plovers are nesting in record numbers on the U.S. Atlantic Coast, their recovery could be jeopardized by a series of mining proposals in The Bahamas, where they spend almost two-thirds of each year.

The Bahamian government is considering three projects to open part of Andros in the northwest of the archipelago to aragonite mining. While all three projects will have some impact on birds, one will directly impact Joulter Cays National Park if it moves forward.

A globally significant Important Bird Area, Joulter Cays hosts 10 percent of the Atlantic Coast Piping Plover population, along with many other sea- and shorebird species.

“This is one of the most important wintering areas for Piping Plovers,” said Matt Jeffery, deputy director of the National Audubon Society’s International Alliances Program. “These projects would put a number of bird species at risk that are already facing the threat of climate change.”

Working with partners at the Bahamas National Trust, Audubon scientists found hundreds of Piping Plovers wintering in Joulter Cays, helping to solve the mystery of where they overwinter. Designated a 92,000-acre national park in 2015, Joulter Cays is unique, unspoiled and rich in natural resources. This national treasure of The Bahamas also supports the country’s multimillion-dollar fishing and ecotourism industries.

“Piping Plovers depend on beaches to survive, and they already face nearly insurmountable threats here in the Northeast—including coastal development, sea level rise, predators, and people and dogs who get too close,” said Ana Paula Tavares, executive director of Audubon Connecticut and Audubon New York. “An added threat to their wintering grounds could reverse decades of progress made by dedicated volunteers and partners in conservation, and we want to ensure that these endearing birds remain around for future generations to enjoy.”

The site is also an important migratory stopover for hundreds of other bird species throughout North America. 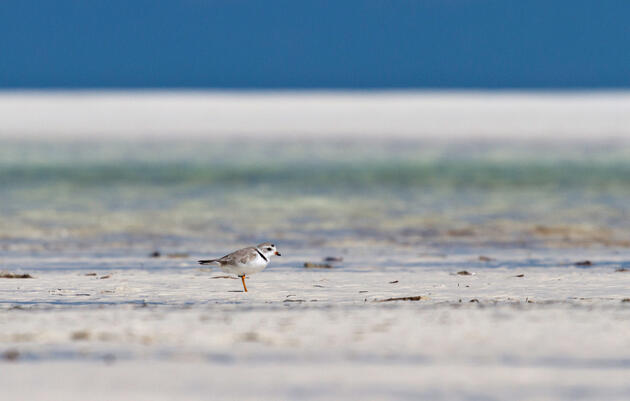 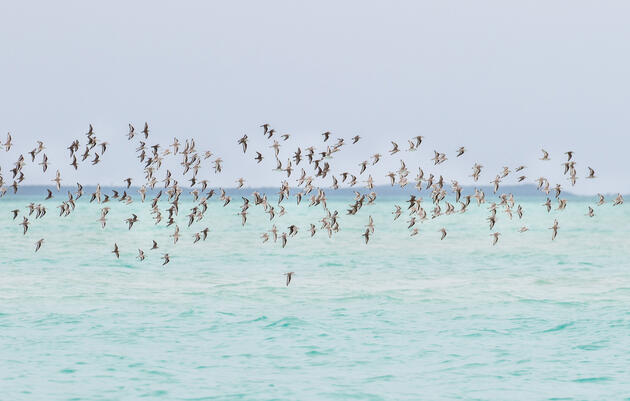 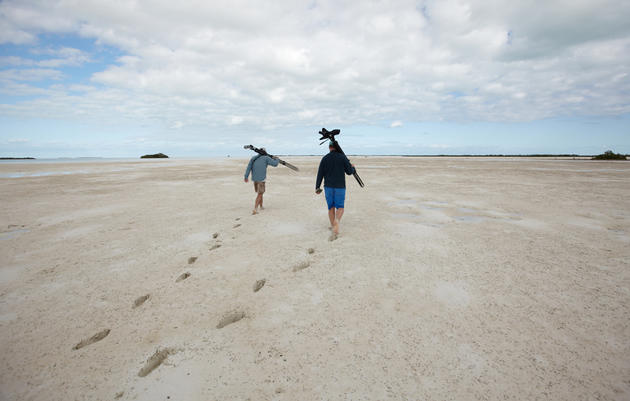 Piping plovers are famous summer residents of beaches and lakeshores--the most adorable argument against development and reckless recreation. Yet where many spend the winter has long been a mystery. Until now.