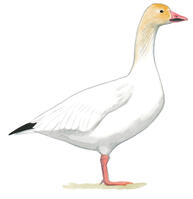 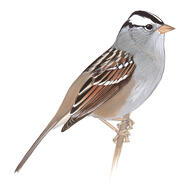 Last spring, people opened their windows to a symphony. Swallows burbled, doves cooed, and sparrows chirped—and to many listeners, these passerine performers had never seemed so loud. For nature lovers, wearied by the tragedy of coronavirus and lockdown challenges, this music was a source of joy. It hinted that even in these dark times, nature adapts.

But to scientists, these reports presented a puzzle—as did the stream of sometimes surreal sightings like pumas strolling Santiago, Chile, and wild boar trotting traffic-free streets in Haifa, Israel, and masses of pink-plumed flamingos in Mumbai’s waterways. Were animals really changing their behaviors in significant ways? Were these flukes, or in the case of birds, were housebound humans simply extra observant?

To answer these questions, scientists have been studying the complex consequences of what they are calling the ‘anthropause,’ or the unprecedented global slowdown in human activity linked to efforts to control COVID-19. With continued or repeat lockdowns and social-distancing measures extending more than a year, scientists have tried to document all of the myriad changes as humans have adjusted, again and again.

Understanding nature’s varied responses to our sharp shifts in behavior could be vitally important, says Michael Schrimpf, an ecologist at the University of Manitoba. “If we can change our behavior and have a significant positive or negative effect—if shutting things down in our society has an effect—those are important things to know.”

Birdsong, for example, may not have actually gotten any louder. In fact, studies from the San Francisco Bay area suggest the crooning of White-crowned Sparrows dropped by several decibels. But without human traffic and activity blaring, their calls may have been all the more audible.

As scientists weave together all possible threads of evidence to decipher how animals behaved before and after our societies hit pause, a nuanced tapestry is coming into view. “This idea that everything will be wonderful, nature rebounds, and it’s all fantastic once humans are locked up and stay at home, that doesn’t seem to be the case,” says Christian Rutz, a behavioral ecologist at the University of St. Andrews in Scotland. “It’s a mixed bag.” Yet out of this jumble, he and others are confident they can find new and important insights into better ways of living with the rest of the natural world.

The Good, the Bad, and the Ugly

In Italy, the first country to go into lockdown in Europe, researchers have combined several streams of data to assemble a picture of how animal behavior changed in 2020. Big picture, they write in Biological Conservation, which is publishing a series of anthropause findings, the repercussions for plants, animals, and ecosystems have spanned “the good, the bad, and the ugly.”

The team gathered community-science observations, along with questionnaires to conservation managers, and analyses of social media and news posts. They confirmed that animals were on the move and frequenting new locales. For example, the Kentish Plover, a small shorebird that breeds on the beaches on Venice’s Treporti peninsula, is typically very sensitive to the presence of people. In 2020, however, this shy species spread its nesting sites along the unusually quiet shorelines, laying eggs in spots where they had not been recorded in recent years.

Schrimpf, too, has found evidence that confirms that birds are using habitats in different ways when humans are absent. He is working with several colleagues to analyze thousands of reports from the Cornell Lab of Ornithology’s eBird program, a community-science project where birders log sightings. Their preliminary findings suggest that, thanks to drastically reduced air travel, birds appeared in greater numbers around airports last year than in the past.

In addition to exploring and exploiting new habitats, wildlife benefitted from fewer cars—roadkill mortality dropped in many U.S. states—and less pollution. Industrial pollution, for example, can harm the health of swifts and swallows—as well as the insects these birds hunt. As air quality improved in northern Italy last spring, for example, Common Swifts in the region laid more eggs than in previous years.

But not every species  “won” when humans stepped away. Lockdowns severely limited conservation projects and protection efforts for at-risk animals. Amazonian deforestation rose. Invasive plants and animals went unchecked. And illegal hunting and poaching may have risen in several nations, including Italy and India. And in many cases, humanity’s absence set off a cascade of consequences with uncertain results. In Canada, behavioral ecologist Pierre Legagneux of Laval University studied the complex effects of lockdown for a species whose numbers are typically kept in check through hunting: the Greater Snow Goose.

Since 1999, Canada has allowed Lesser and Greater Snow Goose hunting in spring, in part because some evidence suggests these birds overgraze vegetation in the Arctic tundra where they migrate each year. In addition, some communities in the United States and Canada hunt these birds for food.

Human disturbance may have simultaneously helped some wildlife while hindering others.

Legagneux and some of his students went to study whether these geese carried coronavirus, a concern that Inuit communities had raised. “We found no virus in the birds,” he says. “It’s really a mammal virus, not a bird one.” But their investigation did reveal that birds were significantly fatter, earlier in the season than in past years. In fact, their physical condition resembled that of Snow Geese in the years before Canada had allowed hunting.

In 2020, hunting may have declined by as much as 50 percent in Quebec. And, Legagneux says, “it’s not just the hunting.” Fewer humans out and about meant the birds were less stressed in general and could graze freely and easily, earlier in the season. Whether these beefier birds will pose a problem in the Arctic, he adds, is something Legagneux is investigating now.

Indeed, human disturbance may have simultaneously helped some wildlife while hindering others. In Sweden, researchers discovered that tourists may have inadvertently served as wildlife guardians for seabird colonies in the Baltic Sea. Typically, the crush of camera-clad visitors disturbs wildlife so much that it keeps White-tailed Eagles away. But in 2020, without tourists around, these raptors frequented the islands and stressed breeding murres such that the seabirds laid fewer eggs and saw more eggs preyed upon by gulls and crows than in past years.

The simplest message from the research to date is that animals rapidly detect and respond to our presence—and that often our activity stresses them out. Put briefly, the lockdown, Legagneux says, “confirmed the importance of human disturbance.” While that’s not surprising—scientists have long recognized that other animals are sensitive to our presence—what’s clearer now is how quickly and dramatically some animals adapt.

Among the largest efforts to study the anthropause comes from the International Bio-logging Society. The group has pooled together data from hundreds of separate wildlife tracking projects—including work with whales, birds, and fish—many of which began before the pandemic and involved some form of remote animal monitoring.

Rutz, who is president of the society, aims to publish initial findings this year. Through careful analysis, they hope to identify new conservation strategies based on subtle changes to human activity. The overall project, he says, aims “to use these extraordinary circumstances to spot opportunities that previously weren’t obvious, even to the experts, for making relatively minor changes to the way we lead our modern lives.”

Shifting the course of a road, for example, might dramatically benefit the surrounding ecosystem, Rutz notes. Better controlling air pollution in a region, as the findings with Italian swifts reveal, could help several species flourish. Or, as a study from Singapore suggests, cutting down on the treats left out for wildlife can help manage populations of pests in urban areas. Malcolm Soh, a senior researcher at Singapore’s National Parks Board, and his colleagues found that the drop in human food linked to lockdown changed the foraging behavior and size of pigeon flocks. In areas with open spaces and many restaurants, where pigeons normally find snacks, Soh reports that the abundance of these birds dropped by more than half in less than two months after lockdown began. “If you reduce the food, it’s not going to remove the pigeons totally—but these smaller flocks are much less problematic, soiling public spaces less,"  Soh says.

In the big picture, the anthropause studies have revealed how interconnected humans are with the rest of the natural world. We not only rely on ecosystem services like clean water and food, Rutz says, but our ability to coexist with nature broadly relates to the spread of disease that jumps across species—as COVID-19 itself has so painfully illustrated.

Another lesson is the power of nature enthusiasts to contribute to research. Participation in ongoing community science projects surged this year, as did annual birding events like the Global Big Day, says plant ecologist Theresa Crimmins, who has been studying these trends. Schrimpf, for example, has drawn on eBird reports from more than 16,000 observers across North America. “I think it says a lot about how the public can help make science happen in the 21st century,” he says.