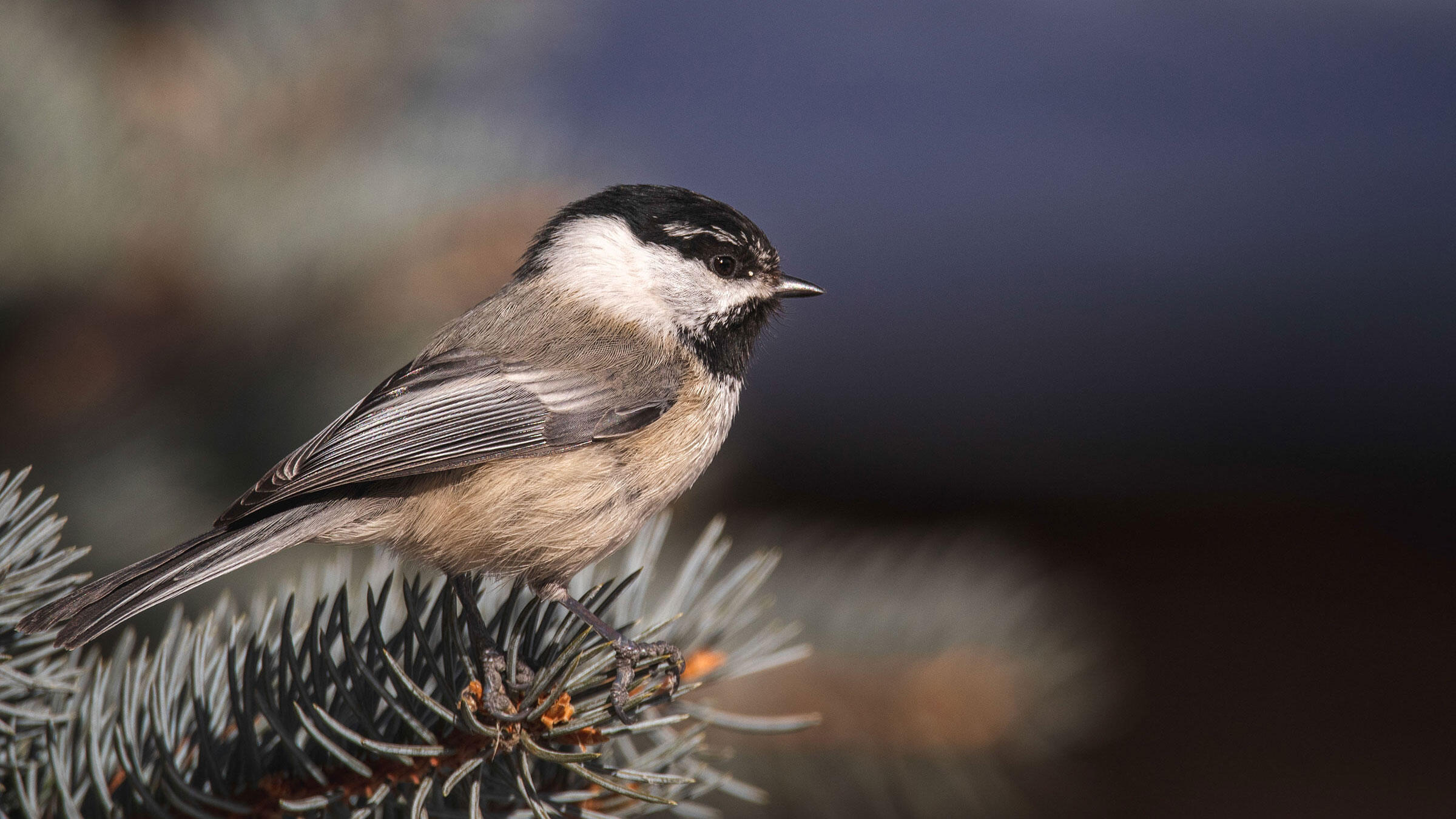 In the Rockies, Human Activity Paves the Way for a Hybrid Bird Boom 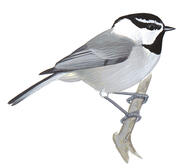 Three chickadees clung to a suet feeder outside Denver, but one of them looked different from the others. Unlike the two Black-capped Chickadees, an eBird user noted in December, this one had a faint white band above its eyes, characteristic of a Mountain Chickadee. In July, at the Randall Davey Audubon Center in Santa Fe, another birder spotted a chickadee with a Mountain’s white eyebrows and a Black-capped’s buff sides and white-edged wings. Similar birds have popped up in Salt Lake City, Albuquerque, and other Rocky Mountain metros.

Prior to eBird’s creation in 2002, the scientific literature held only three records of hybridization between Black-capped and Mountain Chickadees, each report more than 25 years old. But in the past few years, Kathryn Grabenstein and Scott Taylor, evolutionary biologists at the University of Colorado Boulder, noticed that eBird users commonly spot hybrids of the two species in the West. The platform includes more than 800 such reports today, many of them from cities and towns. The researchers decided to look further into the phenomenon.

Published in Global Change Biology, their study demonstrates that hybridization is more common among the two species than previously believed. It also confirms that the hybrids’ prevalence in developed areas can’t be explained merely by the presence of more birders there to observe them; the cross-bred birds in fact occur more frequently in landscapes changed by humans, like cities, agricultural areas, or logged forests.

“We don’t know exactly what’s causing this change in behavior and leading to hybridization in urban areas,” Taylor says. It may be that human interference in natural landscapes allows for more contact between the species and more opportunities to breed. Only a portion of the Black-capped Chickadee’s expansive range, from New England to the Pacific Northwest, overlaps with Mountain Chickadee habitat in western states along the Rockies.

Typically, these species occupy neighboring forest habitats of different elevations, with Black-capped Chickadees down low and Mountain Chickadees up high. Interbreeding likely occurs in a transition zone between the two, which is expanding as, for example, new subdivisions are landscaped with more Black-capped-friendly deciduous trees in what was conifer-dominated habitat better suited to Mountain Chickadees.

With profuse community science data and new genomic approaches, researchers are “seeing more and more examples of hybrids out there that we didn’t know existed,” says Amber Rice, an evolutionary biologist at Lehigh University not involved in the study. “It’s not always super obvious to the eye.” In a 2022 study, a Penn State researcher confirmed the hybrid ancestry of a never-before-seen cross between a Rose-breasted Grosbeak and a Scarlet Tanager, dubbed a “tanabeak.”

While it’s most common in ducks, hummingbirds, and large gulls, hybridization occurs in at least 16 percent of bird species in the wild. It is thought to occur more regularly among the most closely related species, such as Black-capped and Carolina Chickadees, which regularly hybridize. “Carolinas and Black-cappeds are each other’s closest relatives, but the Mountains are next,” says Bob Curry, a behavioral and evolutionary ecologist at Villanova University who was not a part of the study. “There was reason to think that there might be more going on between Mountains and Black-cappeds than the previous fieldwork had indicated.”

Hybridization occurs in at least 16 percent of bird species in the wild.

To understand the hybrid ancestry of chickadees, the researchers used both genetic and observational approaches. They first examined hundreds of Black-capped and Mountain Chickadee genomes to gauge how an individual bird’s hybrid breeding related to levels of disturbance in its habitat. To measure human modification of the landscape, they used a NASA dataset that evaluates land-use patterns without factoring in climate change. The researchers also looked at eBird observational data to see if birders reported more hybrid chickadees in disturbed habitats.

Their results showed that, of 375 Black-capped and Mountain Chickadees from places where the species overlap, 52 percent from disturbed areas were hybrids, compared to 43 percent overall. Nearly every sampled Black-capped Chickadee had some level of hybrid ancestry, but very few Mountain Chickadees were hybrids—a discrepancy the researchers can’t yet explain. Data from eBird also showed that hybrids were much more commonly found among groups of Black-cappeds than among Mountain flocks.

The researchers don’t yet know the consequences of this rampant hybrid breeding, but the study illustrates that habitat disturbance can have subtle effects that science is far from fully understanding. Hybridization could produce chickadees better able to navigate human-modified environments, or it could lead to offspring that can’t reproduce, though that outcome is more likely among distantly related species. “Contexts are changing very rapidly right now,” Taylor says. “We can’t really say having added genetic variation from a close relative will be good or bad, but we can follow and try and understand at least what’s going on in this system.”

As the researchers continue their work, they’ll benefit from the contributions of birders keeping an eye out for hybrids and reporting them on eBird, Grabenstein says: “There’s no way we as individual researchers could have ever gone out and collected that data.”