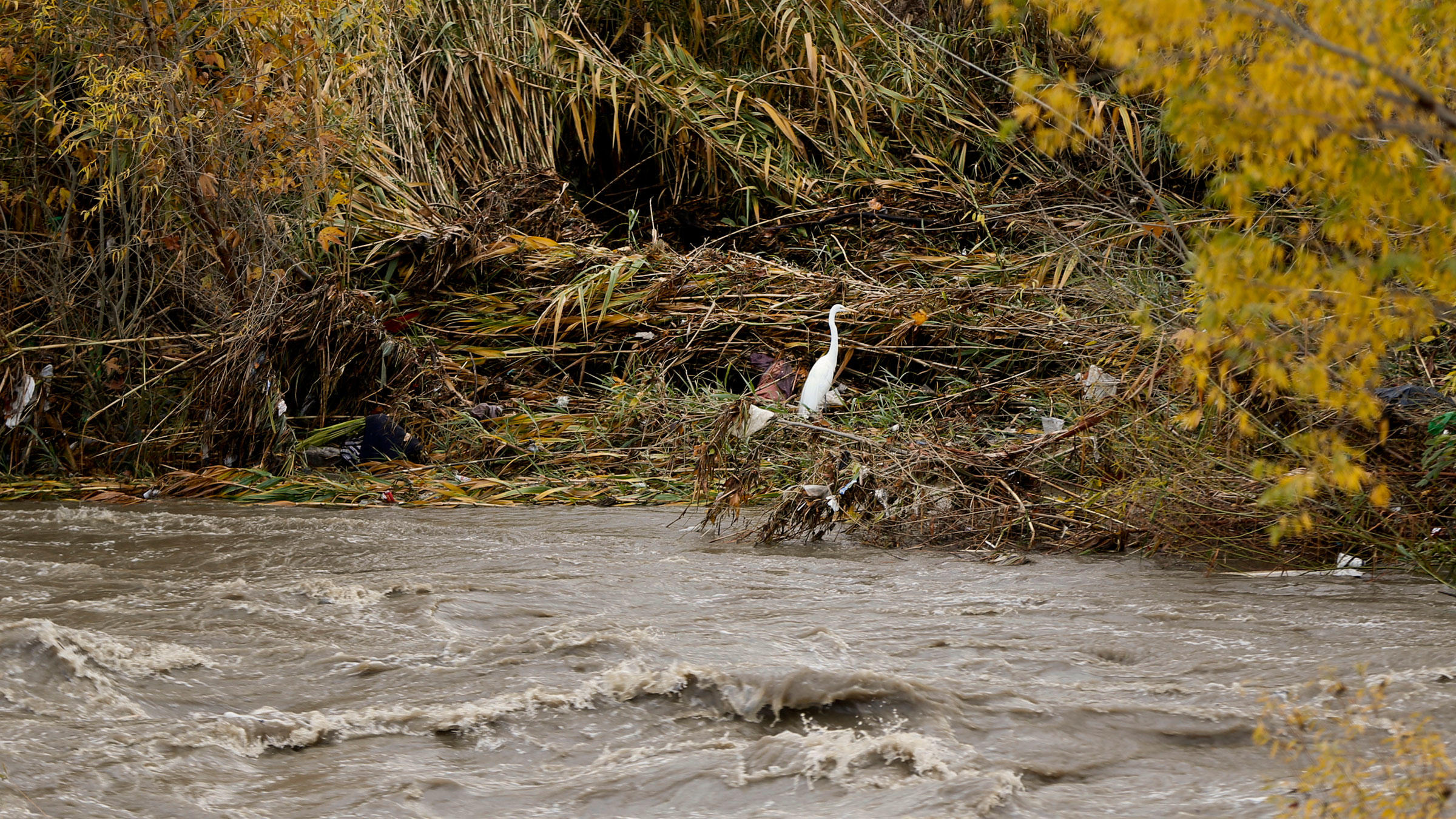 A Great Egret beside the Los Angeles River after torrential rains this month. Severe flooding, wildfires, mudslides, tornadoes, and droughts have been affecting many parts of the world. Photo: Damian Dovarganes/AP

The National Oceanic and Atmospheric Administration announced this week that 2015 was Earth’s warmest year on record, rising 1.6 degrees above the average temperature for the 20th century. It was also one of the wettest years on record in the contiguous U.S.

Among the litany of weather weirdness happening across the globe this winter are: heavy rains and unseasonable flooding in the American Midwest, South America, and England; California mudslides have led to evacuations; droughts are causing food shortages in Africa; and destructive bushfires have been blazing in Australia. In addition, the U.S. saw its deadliest December for tornadoes since 1953.

It’s tempting to look for a single, clear reason for these disasters and for dramatic warm spells, like the one that brought T-shirt weather to the Eastern U.S. on Christmas Eve. Should we blame climate change, or should we blame El Niño (a periodic pattern of warmer surface temperatures in the equatorial Pacific Ocean, explained here by NOAA)?

The short answer: It’s not that simple. We asked climate and bird experts for the bigger picture.

How Does Extreme Weather Affect Birds?

In general, severe weather is bad news for many bird populations. In late December winter storms caused Common Murre strandings and deaths in inland Alaska. In all, thousands of murres have been found dead in Alaska in the last month. Scientists speculate that warmer-than-usual ocean temperatures may be causing the fish that murres usually eat to shift to deeper waters, and they also point to a broader seabird die-off in coastal Alaska beginning in March 2015.

Stuart Butchart, head of science for BirdLife International, says that many types of extreme weather can take a heavy toll on birds. Severe heat waves can kill large numbers of birds, such as thousands of wild budgerigars in Australia in 2009. Hurricanes can seriously damage habitat and decrease populations for years afterward, as happened to Northern Cardinals after Hurricane Katrina in 2005, while floods can wash away the nests of ground-nesting species and drown chicks. And heavy snows reduce food availability for ground-foraging birds such as quail.

Looking to the future of how birds might fare amid climate change, The Messengers report released by BirdLife International and Audubon includes two case studies about how more frequent heat waves and increased storms are likely to cause mass bird die-offs.

How Well Can Birds Adapt?

Butchart points to a few documented examples of migrant species avoiding extreme weather, such as Golden-winged Warblers flying hundreds of miles to evade a severe storm and tornadoes in 2014. “However, most species are resident and don’t have the option or ability to relocate like this,” he says. “Extreme weather can wipe out entire breeding seasons and lead to knock-over effects that last years.”

As for this winter’s unusually balmy temperatures in the Eastern U.S., Geoff LeBaron, director of Audubon’s Christmas Bird Count, says that some species such as Snow Geese and Sandhill Cranes were observed migrating later than usual this season. Shorter distance migrants, including waterfowl and some songbirds like robins, only move when they have to, says LeBaron. “These species are definitely affected by warmer temperatures.” Warmer ocean temperatures can also lead to seabirds staying farther north than usual for the time of year, such as Great Shearwaters and Manx Shearwaters seen along the coast of New England during the last few CBCs.

Less likely to be affected are the neotropical migrants that fly long distances to Latin America and the Caribbean—such as warblers, tanagers, and vireos—because they time their migrations based on day length and light levels.

The best answer is most likely a complex interplay of climate change, El Niño, and local variations in weather, plus a little chaos thrown in for good measure. Kevin Trenberth, distinguished senior scientist with the National Center for Atmospheric Research, suggests that a better question to ask is not “Is climate change causing this extreme weather?” but “How is it changing the odds that extreme weather events will happen?” Scientists have found in numerous studies that climate change is making extreme weather more likely and making it more intense: increasing the probability of heavier precipitation and more severe droughts, for example.

Trenberth says that warming oceans are leading to warmer air with higher moisture, which “invigorates all storms and leads to record amounts of rainfall and even snows. So what we see is the combination of El Niño and global warming,” also influenced by other lesser factors. He points to unusually heavy rainfall in Missouri last month as one example of this “magnifier effect.”

“When El Niño and global warming come together [...] records are broken," says Trenberth. “This is a sign of the future: the sort of thing we will see every year in about 20 years.”