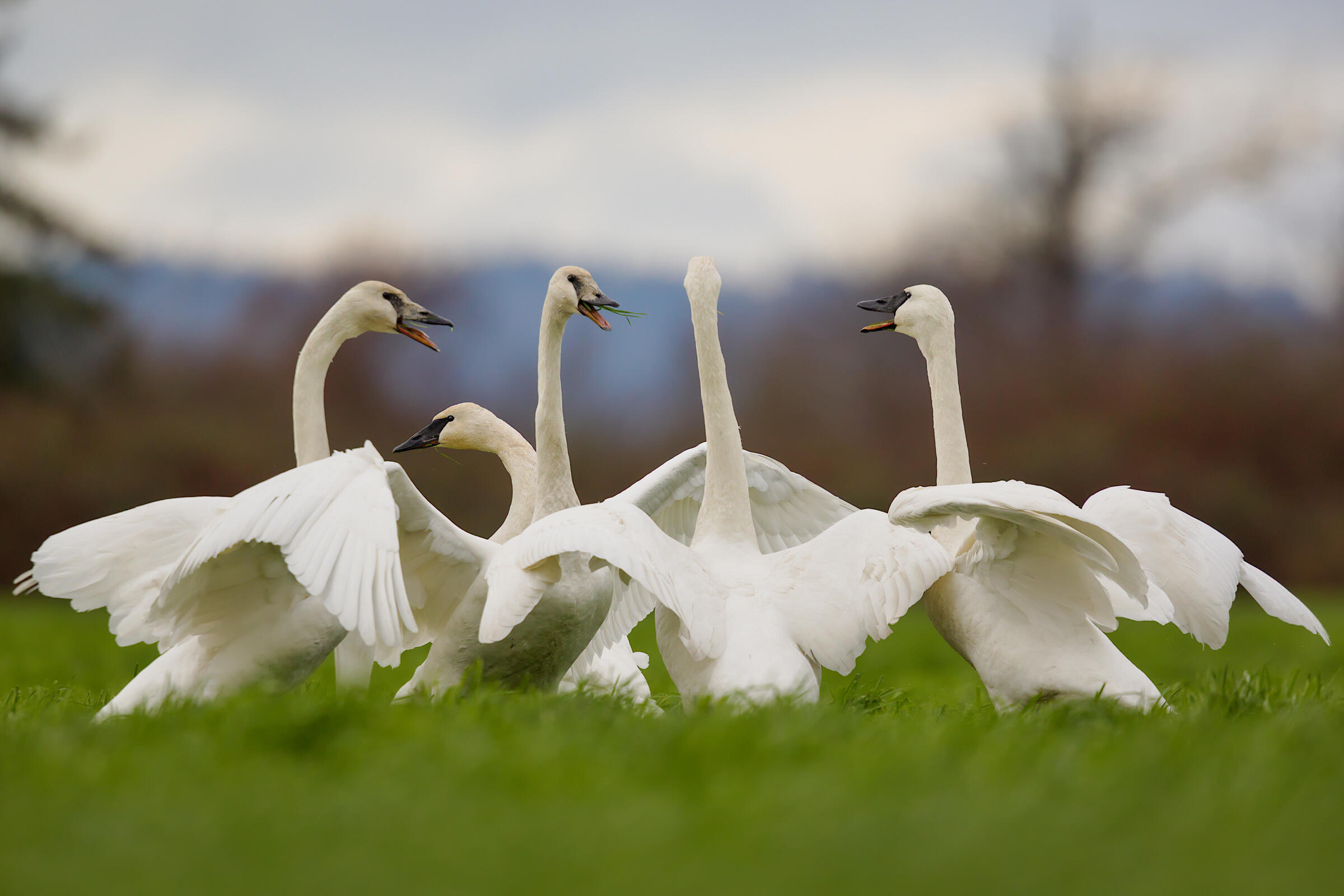 Sabine Meyer (she/her) is the photography director for the National Audubon Society. She has worked for a range of publications and organizations, including National Geographic Adventure, Condé Nast Traveler, New York Magazine, TIME, U.N. Population Fund, The Cairo Review of Global Affairs, and AARP Media. Sabine is an affiliate with the International League of Conservation Photographers (iLCP) and served on the faculty at the School of the International Center of Photography, where she taught photo editing for more than a decade. She also spent seven years as the co-director and curator of Fovea Exhibitions, a Beacon, New York–based nonprofit advocating visual literacy through photojournalism and documentary photography. She mentors and reviews photo portfolios regularly and currently volunteers for the Newburgh Community Photo Project.

Birder and photographer Melissa Hafting (she/her) is based in wildlife-rich Vancouver, British Columbia. She is passionate about the importance of wildlife photography ethics. Melissa shares photos of all types of birds and through Instagram stories shares conservation updates and other news.  She also runs the BC Rare Bird Alert and is the founder of the BC Young Birders Program, which aims to bring together youth of all races, sexual orientations, and genders for fun excursions into the natural world. Melissa is an eBird reviewer for the province and loves to travel around the world looking at birds.

Allen Murabayashi (he/him) is a photographer and cofounder of PhotoShelter. His passion for photography extends back to his childhood in Honolulu, Hawaii, where he shot black-and-white film in the junior high photography club. After graduating from Yale University, he turned to entrepreneurship as a founding employee of hotjobs.com. As film gave way to digital, he co founded PhotoShelter to provide website and workflow tools for professional photographers. He has served on the board of the Eddie Adams Workshop and has written articles on photography, technology and culture for over a decade.

John Rowden (he/him) is the senior director for bird-friendly communities at the National Audubon Society. His work focuses on making our communities healthier and safer for birds and expanding Audubon’s urban conservation efforts through Audubon’s extensive national network and programs like Plants for Birds and Bird-friendly Buildings. John first joined Audubon through the New York City Audubon chapter, for which he directed community science and outreach efforts throughout the city. He earned his PhD in Zoology from Duke University.

Tara Tanaka (she/her) is a wildlife photographer and videographer. She began digiscoping in 2008 in order to capture photographs of birds and other wildlife in the 45-acre North Florida backyard cypress swamp that she and her husband manage as a wildlife sanctuary. Tara soon leveraged the manual focus skills she learned through digiscoping to start building a video library of birds and their behavior that includes Wood Storks, Rusty Blackbirds, and the leaps of faith of one-day-old baby Wood Ducklings. She won first prize in Swarovski’s international Digiscoper of the Year Contest in 2011 and 2012 and served on their jury from 2013 to 2018. Her photos and videos have been displayed in the Smithsonian’s National Museum of Natural History and published in numerous magazines, including Audubon, Nature’s Best Photography, Birding, Birder’s Guide, Discover, and in scientific journals.

Mike Fernandez (he/him) is the video producer for the National Audubon Society. He was born in Lima, Peru, and completed his studies in documentary practice and photojournalism at the International Center of Photography. Mike is committed to addressing the diversity gap—principally, a lack of people of color and young people in the environmental field and conservation movement. His work has been featured in New York Magazine, The New York Times, Aperture Gallery, Univision, De Standaard (Belgium), FronteraD (Spain), and Audubon, and he has produced video projects for David Yurman, the New York Theatre Workshop, HERE Arts Center, and others.

Sean Graesser (he/him) is a biologist, conservation photographer, and storyteller from New Jersey. He is also a founding member and the creative director of Wild Bird Research Group, a nonprofit dedicated to supporting science-based conservation initiatives that benefit birds and their habitats in the Americas. As a scientist he specializes in birds, particularly hummingbirds, studying their habitats and migration patterns. Sean has had the opportunity to work on projects with the National Audubon Society, The Nature Conservancy, Rainforest Alliance, National Geographic, and the Smithsonian Tropical Research program. He has spent the past 15 years in Costa Rica and Panama collecting research data and teaching tropical rainforest field techniques courses.

Founders of the Galbatross Project

The founders of the Galbatross Project are a group of scientists, birders, writers, and conservationists who are connected through the National Audubon Society. They first came together as “The Galbatrosses” to count feathered females at the 2019 World Series of Birding. Because the pandemic made it impossible for the team to convene for another World Series, in May 2020 they established #FemaleBirdDay to share the love of female birds with the rest of their diverse community via social media. The Galbatrosses include Brooke Bateman (she/her), Audubon’s director of climate science; Stephanie Beilke (she/her), senior manager, conservation science for Audubon Great Lakes; Martha Harbison (they/them), senior network content editor for Audubon; Purbita Saha (she/her), a former Audubon editor and a member of Bergen County Audubon Society; and Joanna Wu (she/her), PhD student at UCLA. Through the Galbatross Project they hope to create an engaging way for everyone to get to know some of the most overlooked birds on the planet.