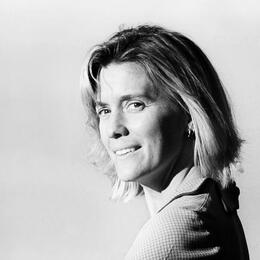 Photographer Cameron Davidson remembers Appalachia when it was right side up. “I’m used to the hills,” he says. “To me these absolutely flat, level areas are so strange. They’re almost otherworldly.”

In the thickly forested mountains of West Virginia, Virginia, Kentucky, and Tennessee, mountaintop coal mining is overturning ancient topography. Mining companies blast away summits with a volatile combination of ammonium nitrate and diesel fuel, then scrape out the exposed coal seams. In many cases they dump the resulting debris—the former mountain-tops—into the narrow valleys below.

Mountaintop removal, which became the dominant form of coal mining in Appalachia in the 1990s, is peddled as a cheap way to satisfy the national demand for energy, but its nonfinancial costs are incalculable. Stories abound of poisoned streams and wells, obliterated wildlife habitat, and catastrophic valley flooding.

Over the years Davidson has developed an enduring interest in “the interactions among man, land, and water,” especially as evidenced in the Chesapeake Bay, his backyard ecosystem. When he traced the Chesapeake’s watershed into Appalachia, he found that mountaintop mining struck within 100 miles of the waters that feed the bay. He decided to document damage throughout the region. “I’d seen some aerial photos of mountaintop mining, but they were too distant, too removed,” he says. “I wanted to get closer.”

Davidson, whose previous aerial photography work has taken him to New Zealand, Idaho, the Gulf of Mexico, and elsewhere, explored Appalachia with a veteran helicopter pilot, at times skimming just 100 feet above the ground. “Good pilots fly the camera,” he says. “They know what the camera’s looking at, and they put the ship in the same position.”

Through his lens, Davidson captures both the beauty of the Appalachian landscape and the magnitude of its scars. A flattened mountaintop is glimpsed through a fringe of early morning clouds. The gigantic geometrical steps of a mined ridge, terraced and replanted in an effort to reduce erosion, recall Central America’s ancient Mayan temples.

Davidson’s great-grandfather, an immigrant from Scotland, worked with Thomas Edison on the design of mining headlamps and later became a mine safety engineer in West Virginia, where he was credited with saving some 10,000 lives. To Davidson, mountaintop removal is as headlong as his ancestor was cautious. “It just has huge, huge impacts on the watershed,” he says. “It affects everything around it, and everything downstream.”

Davidson lives downstream in another sense as well. His home is in northern Virginia, one of the fastest-growing regions of the country, and he witnesses its burgeoning demand for energy. “We’re using lots of juice all the time, and coal is essential to our power plants,” he says. “Until we make a commitment to conservation, and to alternative energy sources, we’re going to be getting coal out of the ground.”