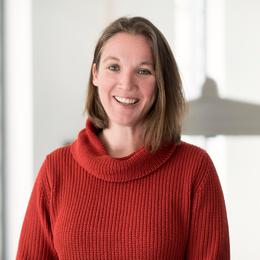 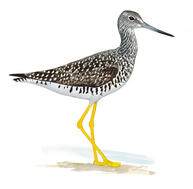 Last month, we received some exciting news for birds and communities on our coasts. One year since Audubon filed suit against the Trump Administration’s illegal rule to allow sand mining on beaches protected by the Coastal Barrier Resources Act, the Biden Administration reversed this rule.

This is a crucial victory to keep our pristine, undeveloped beaches intact, where they provide a home for coastal birds and a buffer for nearby communities from storm surges and rising seas. But if you’ve never heard of the decades-old Coastal Barrier Resources Act (CBRA) or why it’s so important, you’re not alone.

The CBRA is a little-known, bipartisan law, signed by President Reagan in 1982, and upheld by every presidential administration since then. It protects one of our nation’s most unique and important resources—the long, continuous chain of barrier islands and the associated beaches and wetlands that line the Atlantic Coast, the Gulf of Mexico, Great Lakes, Puerto Rico and the U.S. Virgin Islands. The CBRA System includes national treasures like Assateague Island and Cape Hatteras, known for their huge, sprawling sand dunes and unique wildlife.

The way this law protects coastal habitats is supported not just by environmentalists but by fiscal conservatives too. It uses a market-based approach, withdrawing nearly all federal investments to discourage development in vulnerable coastal areas. That means no federally-backed flood insurance, disaster recovery grants, or other uses of federal subsidies. Over a 25-year period, researchers estimated that the CBRA has saved U.S. taxpayers $9.5 billion, and the law is projected to save between $11-109 billion over the next 50 years.

For decades, the CBRA also prevented removal or mining of sand from areas protected by the law to nourish beaches outside of the CBRA System. The drafters of the law recognized that beach nourishment—replacing sand on a beach after it has washed away—would be an expensive and never-ending undertaking in these highly dynamic, storm-prone areas of our coast. And for decades, Republican and Democratic administrations alike enforced these restrictions.

But in 2019, Trump’s Secretary of the Interior David Bernhardt broke the law when he abruptly reversed this long-standing policy. Just six days after he received a letter from three Members of Congress asking him to “correct” the law, he illegally authorized sand to be taken from CBRA-protected areas, allowing the destabilization and erosion of America’s important barrier islands.

Audubon had to fight back to protect these important places birds and people rely on.

Birds like the threatened Piping Plover need these undeveloped beaches to nest and raise their young free from human and predator disturbance. In the sheltered waters behind barrier islands, marshes and lagoons provide nurseries for economically important fisheries and improve water quality.

The Bernhardt rule also put coastal communities in jeopardy. Sand mining destabilizes healthy barrier islands that serve as a nature’s “speed bumps,” breaking down the dangerous winds and waves of hurricanes before they reach the mainland. Audubon’s own research shows that Lea-Hutaff Island in North Carolina provides $12.3 million in annual storm protection and other environmental benefits, and will contribute over $278 million in total ecosystem benefits over 35 years.

Barrier islands are meant to shift and migrate over time. Taking sand from protected, undeveloped barrier islands starves them of the precious sediments they need to rebuild and replenish themselves and diminishes their inherent resilience. And when the sand is transported outside the System to renourish developed beaches, researchers have shown that much of the sand is carried offshore and lost to the sea.

Coastal communities have other options. Some towns have instituted fees to pay for their own beach nourishment projects. To access federal funds, many communities have used sand from offshore sites. But the CBRA is clear: a cheaper source of sand should not come at the expense of nationally important ecosystems and the communities and wildlife that depend on them.

Audubon was lucky to have several partners in support of our lawsuit to defend the CBRA, with representation from nonprofit legal organization Democracy Forward as well as a “friend of the court” brief from the fiscal conservatives at the R Street Institute. Last month, in response to our lawsuit, new leadership at the Department of Interior issued a legal memorandum rescinding the illegal Bernhardt rule. With this full-throated rebuttal of the harmful sand mining rule, the parties agreed to dismiss the lawsuit. By reinstating the full protections of the CBRA, the Biden Administration has sided with common sense and environmental protection and followed the letter of this Reagan-era law.

But our work doesn’t stop there. The CBRA does not yet protect the rocky shores, sandy beaches and other important coastal habitats along the Pacific Coast. It also needs to be expanded to include upland areas where beaches and marshes can migrate to naturally adapt to rising sea levels. Without the space to move inland, we stand to lose many of our important coastal habitats that birds rely on.

Riding on the wave of this recent victory, Audubon will continue working hard to protect and expand the important coastal habitats protected by the CBRA, as well as the birds and people who depend on them.