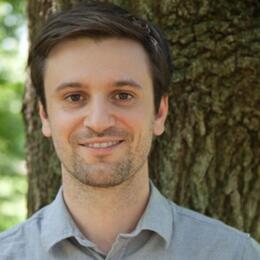 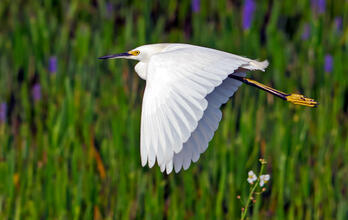 The most significant and damaging rollback of bird protections in our history is finally, officially, gone. This month, the Biden administration’s repeal of the Migratory Bird Treaty Act (MBTA) rollback went into effect, and critical bird protections returned for the first time in nearly four years. At the same time, a crucial agency process took a key step forward that could provide stronger and improved MBTA rules to conserve declining bird populations and keep our common birds common.

Four years ago, on December 22, 2017, the Interior Department issued a legal opinion that instantly gutted the law and eliminated longstanding protections for birds. That MBTA policy, and the January 2021 regulation that doubled down on it, gave a free pass for bird deaths caused by industrial activities – often referred to as “incidental take”. It meant that companies no longer needed to take reasonable actions that minimize bird deaths, such as covering up oil pits or marking power lines to avoid collisions. Over the past four years, harm to birds from oil spills and other hazards went uninvestigated and without accountability.

Audubon and our partners fought the rollback of these longstanding protections every step of the way, including by going to court. We won a major victory last year when a federal court found the 2017 MBTA attack to be illegal. We worked with members and partners to highlight the widespread public opposition, including from more than 400,000 letters, and from hundreds of Audubon chapters and other organizations. State wildlife agencies, tribal governments, and our migratory bird treaty partner, Canada, expressed deep concerns. Earlier this year, the Biden administration began to reconsider the January 2021 rule, leading to an announcement of its repeal in September, which has now gone into effect.

That announcement also kicked off a critical new agency process to consider how to strengthen and improve the MBTA’s rules going forward, beginning with a Fish and Wildlife Service public comment period that concluded on December 3, 2021. The rulemaking would codify these bird protections into the MBTA’s regulations, and establish an authorization program, such as a permitting system, that could help advance practices that reduce harm to birds from industrial activities.

While important progress has been made in protecting and conserving birds since the MBTA’s passage, bird populations continue to be at risk from growing and changing threats. Today, birds face a wide variety of hazards across our landscapes. Every year, millions of birds are tragically killed in avoidable ways from industrial activities that the MBTA can help address. If we are going to succeed in recovering the loss of 3 billion birds and protecting the two-thirds of bird species at risk from climate change, we need to use, and improve, all of our available tools to minimize threats to birds.

An efficient permitting system can help expand practices, technology, and resources that protect and conserve birds, and also provide greater legal certainty and clear and consistent standards to help companies abide by the rules. These assurances provide a key incentive to implement practices that minimize impacts to birds, and helps ensure actions are taken before negative impacts occur. This is the kind of proactive work that will be necessary to maintain and recover our bird populations.

Creating a successful program will require broad stakeholder engagement, and acting without delay. During the comment period, Audubon submitted a letter jointly with industry voices, including a letter with the Edison Electric Institute, the International Brotherhood of Electrical Workers, Large Public Power Council, and conservation NGOs, who wrote, “Addressing these unprecedented avian declines necessitates updated approaches that will deliver much needed conservation benefits. An authorization program under the Migratory Bird Treaty Act (MBTA) could provide just such an opportunity, while also providing a workable regulatory framework for industry.”

Audubon separately submitted additional recommendations with other conservation partners, including detailed suggestions in conjunction with NRDC, guidance on seabird issues, a letter with other conservation and wildlife protection organizations, and thousands of letters from Audubon members and supporters that urged moving the process forward.

Now is the right time to advance this MBTA process. It will go hand in hand with making generational investments in infrastructure, and efforts to tackle the climate and biodiversity crises. FWS has stated an intent to issue a proposed rule by next summer, and a final rule in the following year. We are encouraging the administration to meet these timelines, if not sooner, and engage in a collaborative process with stakeholders and the public to help craft this program in a workable and effective way that improves conditions for bird populations.

At the same time, it is equally important that Congress takes action by passing the Migratory Bird Protection Act to affirm the law’s protections for the future. Ultimately, these efforts will help ensure that we can continue to carry out and build on this visionary bird protection law from more than a century ago, to meet the needs of birds and people during its next century.