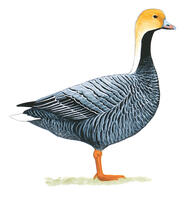 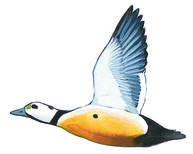 ANCHORAGE, Alaska — Today, the Department of the Interior signed a land transfer agreement with King Cove Corporation, which will facilitate the building of a road through the Izembek National Wildlife Refuge (NWR). Izembek NWR is an internationally recognized bird habitat that supports an astounding number of waterfowl. Many mammals also use the area including caribou, brown bears, wolves, and wolverines.

“It’s hard to overstate how important Izembek is to migrating waterfowl. Its location along key avian migration routes as well as the presence of world-class eelgrass beds make Izembek one of the most significant bird habitats in the world,” said Nils Warnock, Executive Director of Audubon Alaska. “A road through Izembek is a bad bet for Alaska’s birds and our public lands.”

Izembek NWR is federally designated wilderness, it’s recognized as a Wetland of International Importance under the Ramsar Convention on Wetlands, and the lagoons at Izembek NWR and the overlapping Izembek State Game Refuge comprise an Important Bird Area (IBA) of global importance.

“The Izembek NWR is not your typical piece of Alaska. At times it supports the majority of the world’s populations of Emperor Geese, Pacific Black Brant, and the federally listed population of Steller’s Eiders,” continued Warnock. “There’s a reason the Interior Department decided against authorizing this road back in 2013. Izembek is too critical to wildlife to risk by having a road blasted through it.” Plus, past evidence and official statements indicate that there is an underlying commercial motivation for the road project.

The land transfer agreement comes on the heels of the GOP tax bill which opened the Arctic National Wildlife Refuge to drilling, the inclusion of nearly all the nation’s waters in the proposed offshore oil and gas leasing program, and the unprecedented slashing of two of our country’s treasured national monuments.

“The Trump administration is tearing apart the very fabric of our nation’s public lands and waters,” said Susan Culliney, Audubon Alaska’s Policy Director. “Handing over the heart of a national wildlife refuge to private ownership is just the most recent example of President Trump and Secretary Zinke’s reckless approach to natural resource management, both in Alaska and across the nation.”

News of the land transfer agreement was first reported by The Washington Post earlier this month.