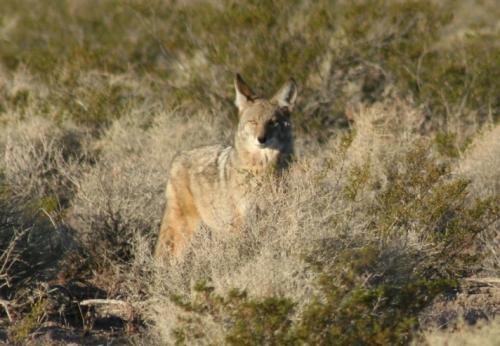 A coyote, one of the "trash animals" discussed in a new collection of essays (Photo by U.S. Fish & Wildlife Service)

Trash Animals: How We Live with Nature’s Filthy, Feral, Invasive, and Unwanted Species

What’s the most revolting animal you can think of? Is it the beady-eyed bullhead catfish, or the indestructible cockroach, or the rats that scurry through New York City’s streets? Or maybe you think none of these animals deserve to be labeled that way. If you’ve ever felt a twinge of sympathy for the benighted rat, Trash Animals may be just the book for you. Trash Animals tackles invasive, dangerous, and just plain disgusting creatures in a collection of essays that are by turns meditative and madcap. These writings challenge the assumption that some animals are worth protecting, while others are merely trash species.

Like their subjects, the essays are a motley lot. Some keep the focus trained on their grubby subjects and their biology or history in America. One explores the Trash Animals’ devoted admirers, people on the fringes of society who feel a kinship for the pigeons they feed. And others draw from the authors’ own lives. But as diverse as the essays are in style and tone, there is a unifying current of tension running through each tale. Respect and repulsion clash as the authors wrestle their own ambivalence about trash animals. Sometimes, admiration wins out, as in “Hunger Makes the Wolf,” in which Charles Bergman visits a wolf den. “This was as close to the pure experience of the alien and the wild as I have ever come in nature, as raw as the bones the wolves themselves had chewed,” he writes. “These wolves were untamable. Facing them in their den, I found myself at the borders of the irrational, staring in awe at its power.”

On other occasions, the writer tries to accommodate and make peace with an infestation of so-called trash animals, only to give up and exterminate the interlopers. “Pacificism is easy from a distance, but up close a roach is a roach,” concedes Carolyn Kraus in “Metamorphosis in Detroit.” Kraus regrets having to call pest control, but another author is willing to meet his animal in battle as a worthy opponent. In “Nothing Says Trash Like Packrats,” Michael Branch and his family are initially charmed by the packrats that take up shop on their property. A neighbor derisively dubs him “Nature Boy,” warning him that the rats will take advantage of his magnanimity. Sure enough, when the rats begin scurrying about the home—chowing down on the houseplants, defecating on the walls, and, finally, stealing his daughter’s pacifier—Branch declares, “Nature Boy was on the warpath.”

Like Kraus and all the other authors in Trash Animals, Branch finds that he cannot help but admire the animals that are complicating his clean, ordered home. Trash animals are resourceful, tenacious, and adaptable. And if they are also slimy and ugly and inveterate mess-makers, that might not be such a bad thing. “Within minutes our hands are covered in feces and vomit,” Jeffrey A. Lockwood declares in “A Six-Legged Guru” as he leads his students in gathering prairie lubber grasshoppers. The grasshoppers are specimens for the students to dissect, but Lockwood wouldn’t simplify matters by buying ready-caught grasshoppers if he could. He knows that wrestling with cranky, puking, defecating animals is good for them; trash animals are good for us. They shake things up, and keep us connected to the dirty, the fecund, and all the parts of nature that aren’t so easily controlled, colonized, and beaten down. In other words, our world is richer with trash animals in it.