Skim any environmental news source and you’ll learn that Great Salt Lake is drying up. Talk with Ella Sorensen and you’ll hear what it’s like to watch the phenomenon unfold in real time. Sorensen, a Utah native, is the manager of Audubon’s Gillmor Sanctuary near Salt Lake City, where she has been conducting research, educating the public, and negotiating environmental disputes over the saline wetlands for more than two decades.

Sorensen began working for Audubon in 1992, before the Gillmor Sanctuary had a name. She joined the organization after realizing that her job as a medical chemist wasn't inspiring her. But her interest in birds goes back even further than that. After getting a degree in chemistry and medical lab science from the University of Utah, she had been employed as a chemist for years when she picked up a copy of a Peterson Field Guide. “It was freedom,” she recalls. Sorenson dropped her weekly hours in the lab down to six and began spending all of her free time out with the birds. “I really just became obsessed,” she says.

One of Utah’s top ornithologists hired Sorensen as a field researcher in 1985, and together they published a revised checklist of the state’s birds with the Utah Museum of Natural History, where she later taught bird ID and ecology classes. She became chair of the Utah Ornithological Society’s Rare Bird Committee, and by the late 1980s, was helping to conduct a bird survey in wetlands surrounding Great Salt Lake. The goal: Acquire parcels of the land and water and lay the groundwork to protect the habitats from development. By 1995, the state’s largest landowner, Florence Gillmor, donated all 1,300 acres of her ranch's wetland habitat. With the addition of several other partners, the sanctuary's acreage now totals roughly 3,000.

Sorensen says her translocation from the lab to the fresh air of the mudflats is a return to her roots. She grew up “wild and free” on the Utah countryside, part of a family who never traveled that much. Her father was an anthropology professor who focused on Aztecs at Utah State, and his love for learning continues to inspire her.

Today, Sorensen oversees Audubon's habitat restoration work in the sludgy marsh habitat around Great Salt Lake, making sure the wetlands are maintained to help support migratory birds and keeping track of those that stop by. Monitoring how the lake's birds fare is critically important as Salt Lake City continues to grow. The land around the east side of the lake, which formed between the water and the Wasatch Mountains, is among the country’s most urbanized and fastest growing communities. More than 60 percent of Utah's population (2.7 million people) now lives within just 20 miles of Great Salt Lake, and because of a rising demand for water for agriculture, industry, and city life—not to mention the effects of climate change, such as increased drought and evaporation—the lake is now half of its natural size. It's also much saltier than it should be (a problem playing out across nearly all saline lakes in the Intermountain West). As a result, migratory shorebirds that use the lake—including Snowy Plovers and American Avocets, among Sorenson’s favorites—have dropped by about 70 percent in less than 50 years.

While Sorensen continues to work about once a month as a medical technologist in the lab, she says spends the majority of her days out in the wetland, “doing my bird stuff.” Alongside Gillmor’s assistant manager and wetlands ecologist Heidi Hoven, she focuses on researching the shorebirds that inhabit the unique ecosystem of the saline mudflat. She also writes editorials and columns for the Salt Lake Tribune, and urges her fellow Utahns to value the natural resources in and around Great Salt Lake, an area that has brought her so much fulfillment over the course of her adult life.

“I’m bonded with the natural world," Sorensen says. "And I think this is my role, to enjoy that bond while sharing it with others." 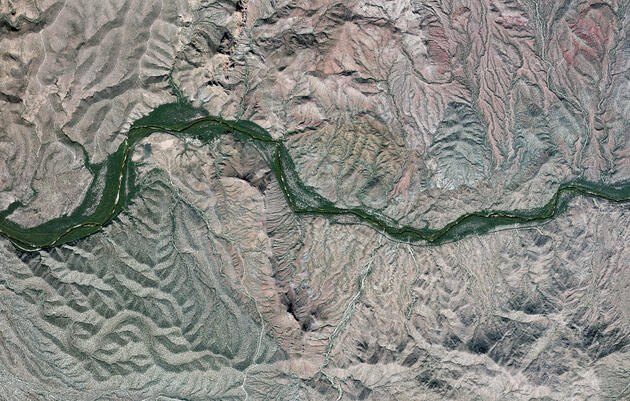 Like people, birds depend on water, relying on it during migration, breeding, and nesting. But increasing pressures on already scarce Western waters have put birds and other wildlife in a perilous situation.

In Mexico, Grassland Birds and Ranching Can Coexist — with Mauricio de la Maza

"That’s how everything kind of melds together: birds, habitat, water, the people, and economics."