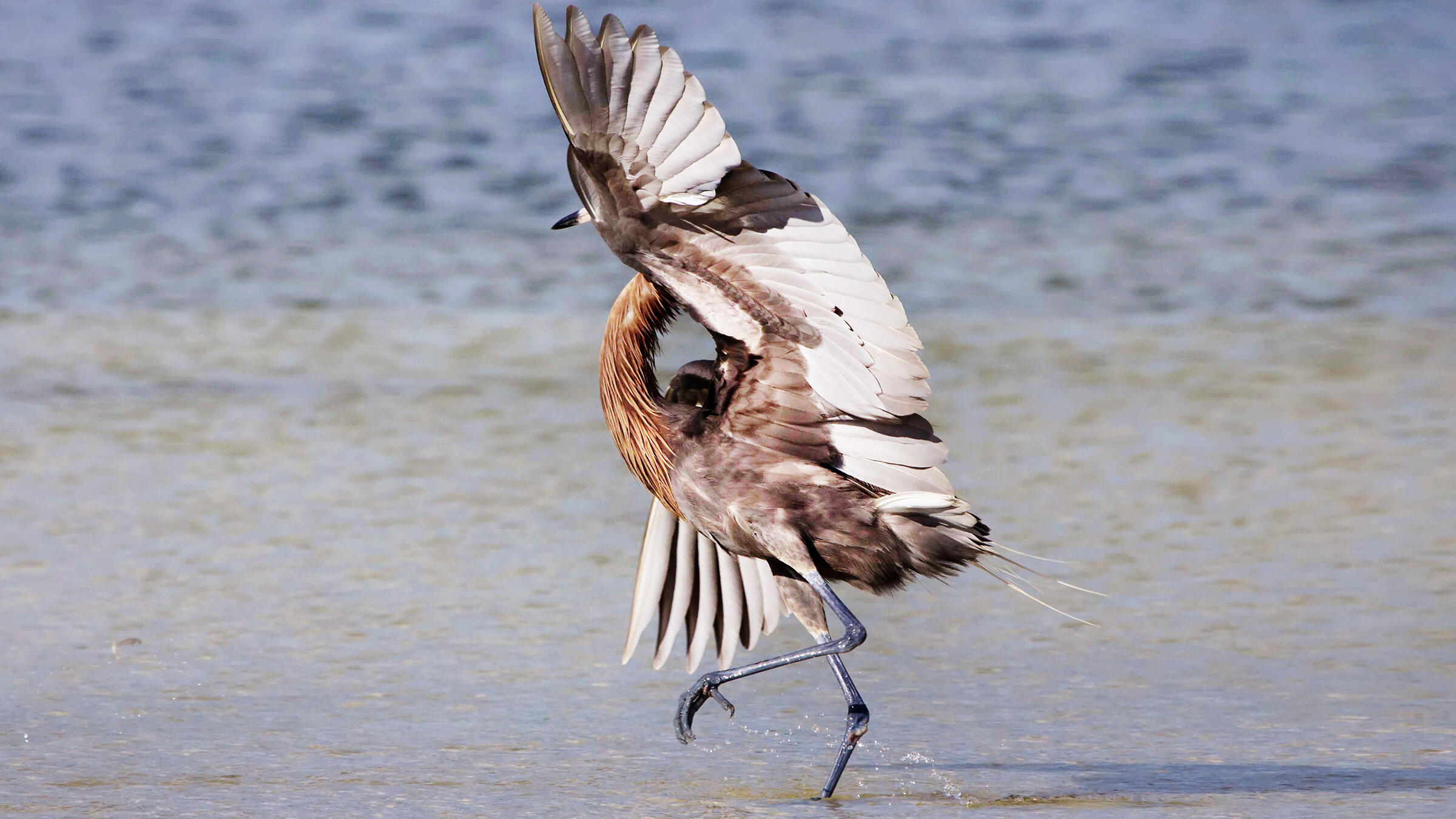 Our 100-year legacy of protecting birds along the Gulf Coast has renewed emphasis with the launch of Audubon’s new strategic plan. The plan is bringing unprecedented focus to our work as we look at conservation on a “flyway scale” to impact bird populations at a hemispheric level. Some recent successes in the Gulf States include:

In Texas, Audubon’s coastal stewards monitor and protect 178 Audubon island sanctuaries that stretch across 70 percent of the western coast of the Gulf, preserving habitat for more than 20 species of colonial waterbirds, including the largest Reddish Egret and Roseate Spoonbill colonies in the world.  Audubon Texas has initiated the Texas Estuarine Resource Network (TERN) initiative, a volunteer and citizen science outreach program focusing on supporting coastal birds and other wildlife on the Texas coast.
Texas Coastal Conservation

Audubon wardens in Florida monitor, post, and patrol 28 islands on the Gulf’s eastern extreme that host some 50,000 breeding pairs of birds from 29 species – among the largest and most diverse coastal bird populations in the state. Hundreds of trained Audubon volunteers under the guidance of professional staff steward sites all along the coast of the state. Deepwater Horizon spill-related funds from the Natural Resource Damage Assessment and the National Fish and Wildlife Foundation are already bolstering Audubon’s crucial coastal bird protections along the Gulf coast of Florida.
Florida Gulf Restoration

More than 75 percent of the Least Terns nesting in coastal Mississippi do so under the protection of Audubon staff and volunteers. In response to the oil spill in 2010, Audubon Mississippi also launched the Audubon Coastal Bird Survey, a citizen--‐science effort to establish baselines, behaviors, and threat responses of waterbirds along the Gulf Coast. Audubon Mississippi received National Fish and Wildlife Foundation monies through grants made to the state to build out a robust coastal bird conservation program.
Mississippi Gulf Restoration