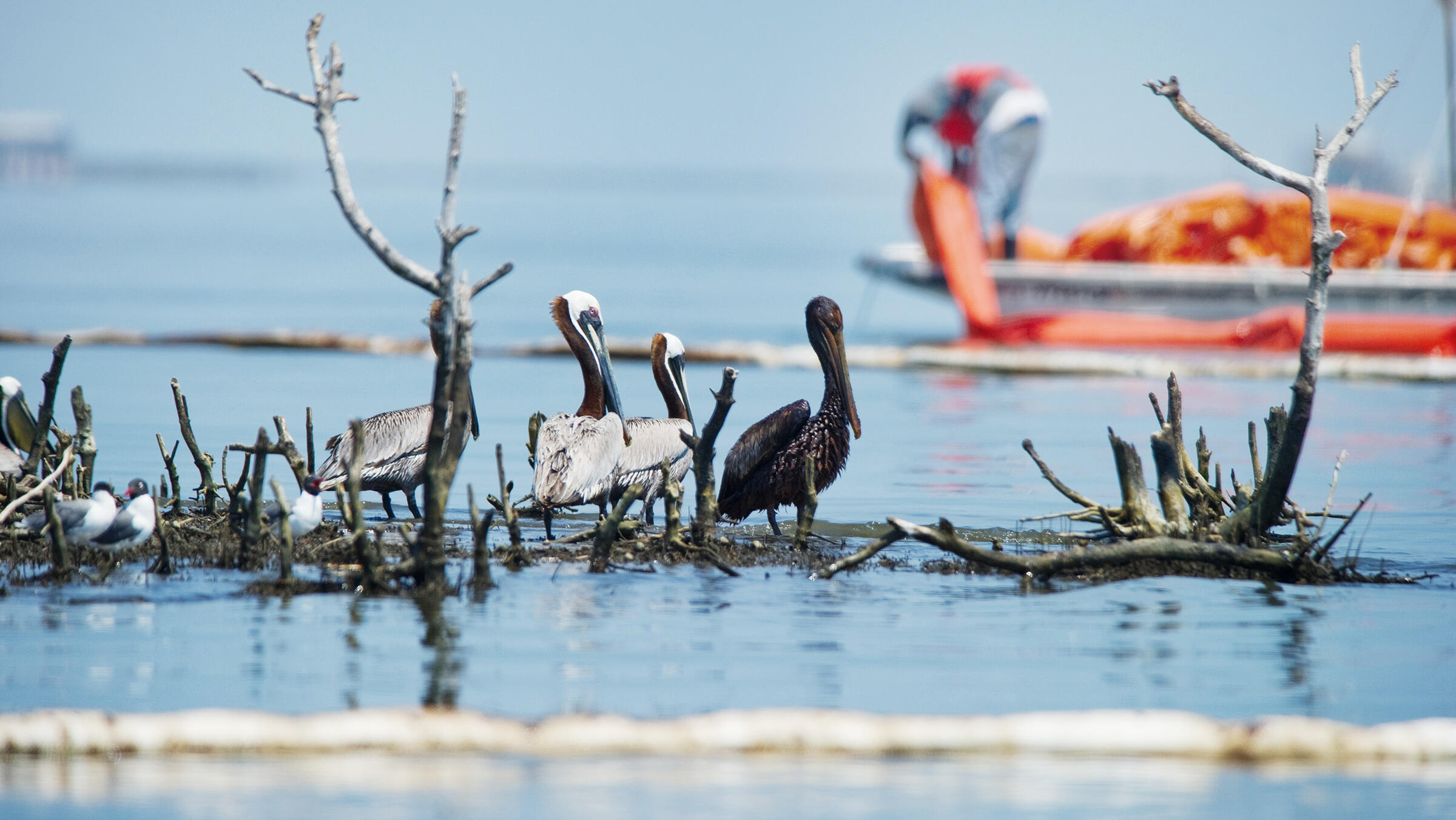 On April 20, 2010, BP's Deepwater Horizon oil rig exploded off Louisiana's coast, unleashing an undersea volcano of oil and natural gas that would ultimately gush into the Gulf of Mexico for 3 months. Audubon staff sprang into action. Hundreds of volunteers took on critical response activities, assisting with oiled and injured bird transportation, protecting beach-nesting bird colonies, and making nets, cages and other materials used in bird rescue. Others helped monitor bird populations and health through citizen science initiatives, including the Coastal Bird Survey, a program that continues to this day.

After 3 months of desperate attempts, BP finally sealed the gushing well. By then, thousands of birds had died from contact with oil, the nesting season had been disrupted, and oil had reached 17 Important Bird Areas from Louisiana to Florida.

Only time will reveal the full toll of the largest oil spill in U.S. history, but recent analysis of the spill and bird mortality indicates that more than a million birds died during the spill itself. Untold birds have died since then, victims of the unprecedented amounts of oil, natural gas and dispersants entered the gulf in what amounts to an uncontrolled chemical experiment with unknown consequences.

Other threats are not as easy to see. Birds may go hungry as oil reduces the availability of prey, including fish, marine worms, oysters, and crustaceans. Audubon's researchers found marine worms that shorebirds eat burrowing in tar balls on a barrier island in Louisiana. Analysis by Millsaps College confirmed that these tar balls contain oil by-products that pose risks to birds' health. Dispersant residues have been found in pelican nests in Minnesota.

Much more research is needed before the full effects of this disaster can be understood, but what is clear is that birds, habitats and communities continue to be harmed. Audubon continues to work in the Gulf to rehabilitate its shores and water--for birds and humans alike.