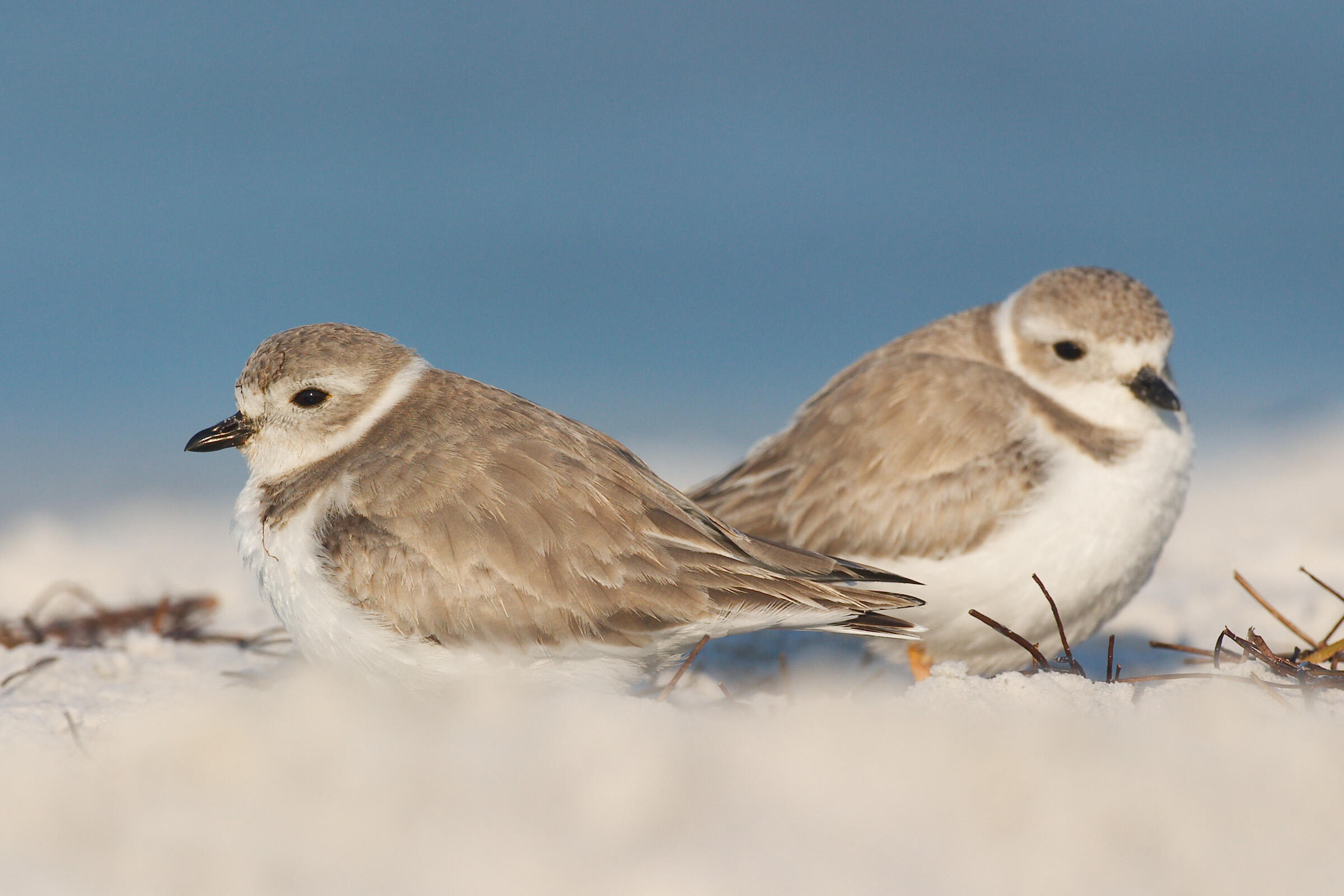 Piping Plovers winter on Gulf Coast beaches and barrier islands, but do not stay to breed. Their populations are jeopardized by development and human disturbance, which have reduced available habitat and nesting success. The species is listed as threatened and endangered by the U.S. government. Conservation efforts are beginning to pay off in some breeding locations, but wintertime exposure to toxic compounds from oil, reduced habitat quality, and a compromised food web is bad news for these fragile birds.

The Piping Plover measures about 7 inches in length and weighs only about 2 ounces. The species' pale tan upperparts help it to blend in with its sandy habitat. The birds' under parts are white, and the legs are orange. The plover's short bill is orange with a black tip during the breeding season but entirely black during non-breeding months. In breeding season, the birds sport a black forehead bar and a thin, black collar. Males and females have similar plumages.

The Piping Plover feeds on insects and invertebrates along the waterline. Like other plovers this species runs a few feet and then stops, scans, and pecks at the prey it locates. It also hunts for insects on higher beach near nest-site areas.

The male Piping Plover defends a territory on an open beach, where he performs aerial displays to attract a female. New pairs are usually formed every year. The male then creates a shallow nest scrape near a clump of vegetation, a log, or some other object. This species may also nest in association with tern colonies. Up to four eggs are tended and incubated by both parents for several weeks. The downy young leave the nest and feed only hours after hatching.