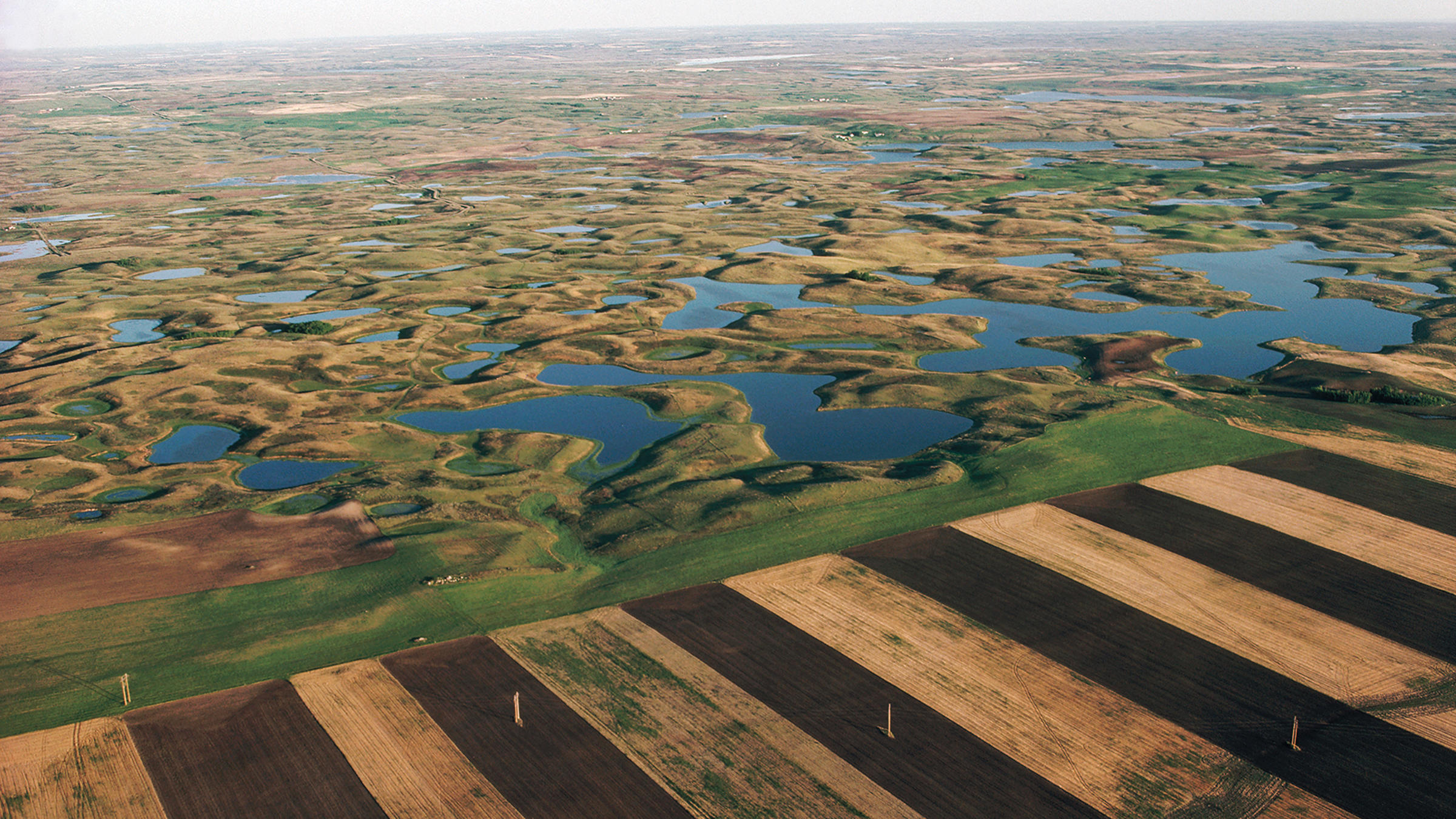 Of the 1.3 billion acres of privately owned land in the United States, 878 million acres are in cropland, pasture, range, farmsteads, and farm roads. Agricultural practices have a huge impact on birds, wildlife, habitat and the environment. The Audubon agricultural policy program focuses on the environmental impacts of agriculture with an emphasis on conservation. Agricultural habitat critical for wildlife includes wetlands and grasslands.

The Effort to Curb Shrinking Habitat

Pre-colonial times offered diverse wetlands across the continent, as well as some 400 million acres of prairies in the Great Plains. Today only half of the original wetlands are left, and in the Eastern part of the Plains, 99.99 percent of the historic prairies are gone. The intensification of agriculture after World War II created a number of environmental problems, including loss of habitat for wildlife. For the first time, a conservation title was added to the 1985 Farm Act, and with that improvement, wetlands and native prairies could no longer to be drained or plowed without jeopardizing a farmer's subsidies. The 1985 Farm Act also provided for a 40 million acre Conservation Reserve Program. Thus began a healing of the land that restored some 34 million acres of grasslands, two million acres of trees and a half million acres of wetlands. Conversion to cropland of marginal lands also dramatically declined. The result has been a bonanza for grassland bird species and waterfowl across the nation over the past two decades.

The agricultural policy program at Audubon focuses on conservation of prairies and wetlands and protection of marginal lands from being brought into intensive row crop production. Funding of conservation programs, their enforcement, and evaluation of their impacts is an ongoing project. Agricultural practices also impact other areas of concern for Audubon, including water quality, invasive species, and biofuel production.