Terry L. Root, of Sarasota, Florida, is a Senior Fellow Emerita in Stanford Woods Institute for the Environment at Stanford University. She was a Lead Author, focusing on biological impacts, on the third and fourth assessment reports of the Intergovernmental Panel for Climate Change, the latter of which shared the Nobel Peace Prize in 2007 with Vice President Gore. She was a Review Editor for the fifth assessment report. Her research, beginning with her pioneering large-scale research examining continent-wide ranges and densities of wintering North American birds using National Audubon’s Christmas Bird Count Data, focuses on large-scale ecological consequences of climate disruption. Dr. Root is on numerous science advisory boards. 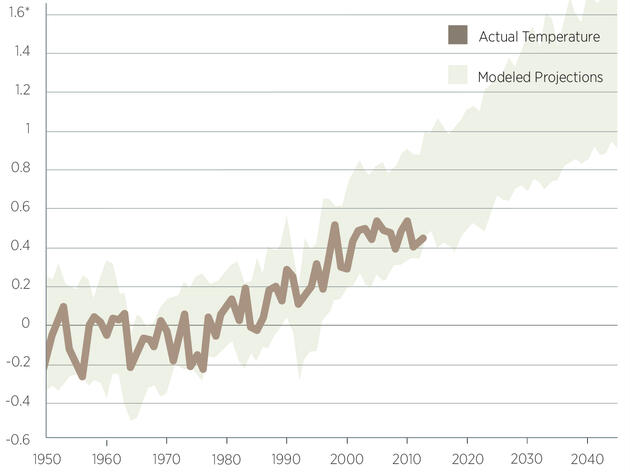 Why We Need Climate Models

January 26, 2015 — Computer models, while imperfect, may be the best shot we have for learning what climate change will bring.