Why We Need Climate Models

Computer models, while imperfect, may be the best shot we have for learning what climate change will bring. 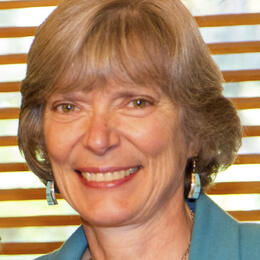 We all know the world is a complex place. The best way to understand some of that complexity is to break it down into smaller components. Once these smaller parts are understood, we can combine them in ways that help us understand how they work together—similar to how fitting puzzle pieces together enables us to see the bigger picture. Scientists use computer models, made up of many “smaller parts,” to help us understand such complexities as hurricane paths, fish populations, and the climate system. When models do a good job replicating past and current events, we assume they are able to forecast, with reasonable certainty, what might happen in the future.

Trying to understand the global climate and how it has changed, is changing, and will likely change in the future requires climate models known as global circulation models (GCMs). These are mathematical representations of interactions within and among the sun, atmosphere, oceans, land surface, ice, and even vegetation.

GCMs help us understand the very complicated processes shaping our climate. For example, when only natural elements, such as volcanoes and sunspots, are included in the GCMs, they do a poor job of tracking the changes in temperatures we have observed using instrumental records. However, when human-modified elements, such as the amount of CO2 or methane in the atmosphere, are included along with the natural ones, the fit with observed values is quite good. Climate models have also successfully predicted many climatic events we are already experiencing—extreme events, like 100-year floods occurring twice within 15 years, or the extended heat waves that have killed hundreds of thousands of people and uncountable wild animals and plants.

Audubon’s new climate study uses multiple models to project how changing climate will likely influence bird ranges. Audubon scientists used decades of data from the North American Breeding Bird Survey and Audubon’s Christmas Bird Count, combined with 17 climate variables, including temperature and rainfall, to model how summer and winter ranges of North American birds coincide with different suites of climate variables. Next, using GCMs, they forecast possible future climate scenarios, which showed them how each species’ range is likely to grow, shrink, or move, based on the future location of particular suites of climate variables. They found that 314 of 588 species will likely lose more than half of their current range by the end of this century. Unfortunately, this is a conservative estimate, because locations where many species cannot survive—cities and farmlands, for example—are not included in GCMs.

Certainly, climatic factors are not the only parameters influencing where species might occur as our climate changes. New models based on many different mechanisms are being built and tested. For instance, some are including how specialized a species is and its dispersal ability (Red-cockaded Woodpeckers need mature pine trees, so the forest must expand first; American Robins occur in suburban yards wherever it is warm enough for them). If proven reliable, these models could be combined with Audubon’s models, providing an even more accurate, and undoubtedly more pessimistic, view of the future.

Even though we will never fully understand the complexity of our world, models that incorporate high-quality information and rigorous testing help us better understand that complexity. This is exactly what Audubon scientists have done for us by forecasting the future ranges of North American birds. Their results are quite sobering, and provide a valuable tool for guiding our bird conservation efforts.

Terry L. Root is a senior fellow at the Stanford Woods Institute for the Environment. She was a lead author on the third and fourth assessment reports of the Intergovernmental Panel for Climate Change (IPCC), and a review editor for the fifth. She is also an Audubon board member.