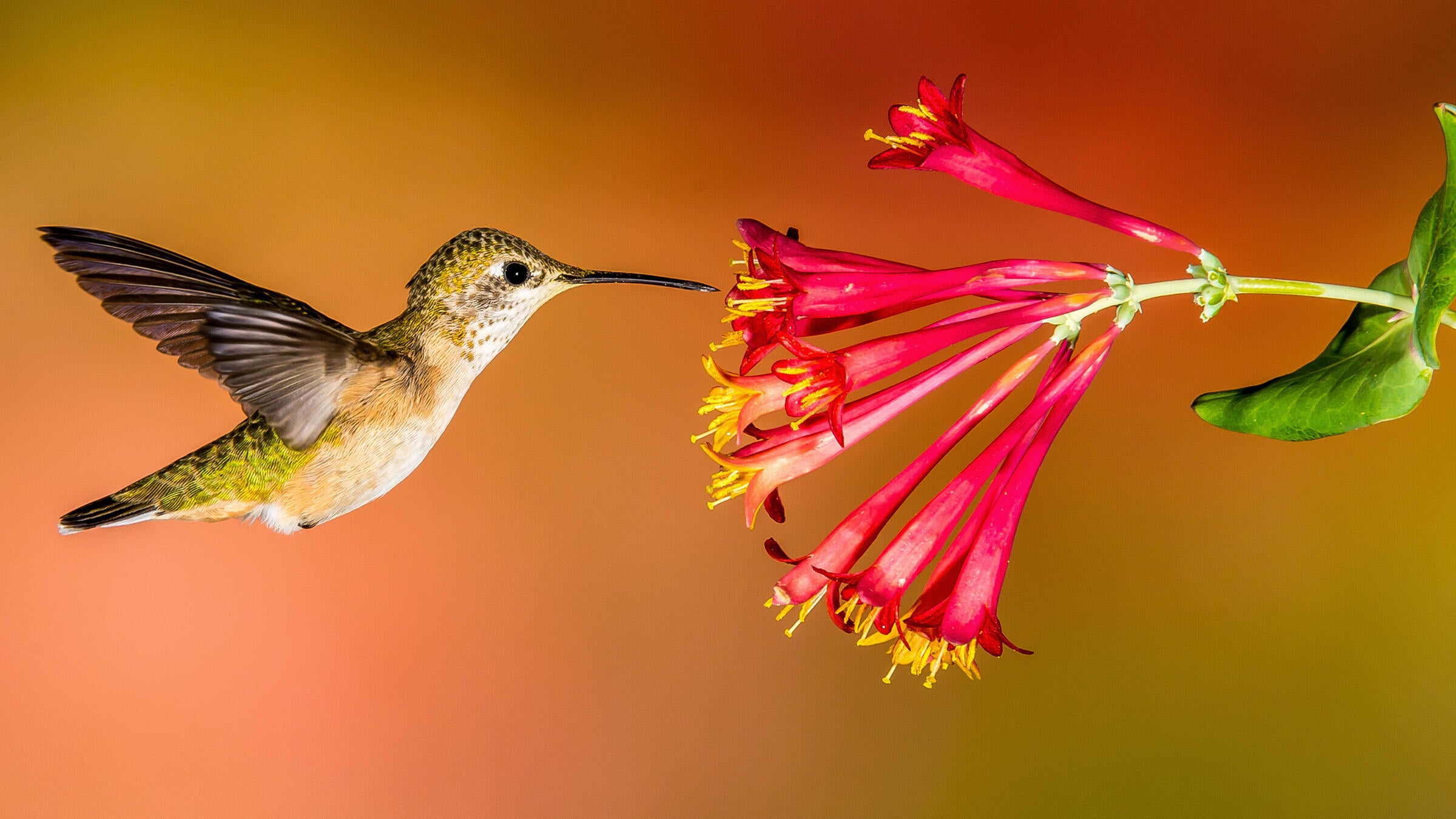 Turn Your Yard Into A Hummingbird Spectacular

Make smart plant choices and, with a little bit of work, your backyard can host these tiny miracles (and help scientists save them).

For creatures that weigh barely more than a penny, hummingbirds certainly give you your money’s worth—through their metallic colors, feats of aerobatics, and pugnacious, outsized personalities.

But for all their popularity, there is a lot that science still doesn’t know about the lives of even the most widespread hummingbird species. For example, what proportion of ruby-throats fly directly across the Gulf of Mexico twice a year, a nonstop trip of about 500 miles, instead of detouring around it? And why are many rufous and other western species of hummers expanding their winter range into the East and Southeast? (See “Rufous Hummingbirds Turning Up in Unusual Places,” March-April 2010.)

Climate change also poses serious threats. “Scientists are finding disturbing changes to blooming times of flowers and also to arrival times of hummingbirds,” says Gary Langham, Audubon’s chief scientist. “The potential mismatch of nectar sources and hummingbirds means we must monitor this closely and be thoughtful about what we plant in our yards and communities.”

Fortunately, it’s easy to make your yard a hummingbird haven even as you help scientists learn more about these feathered jewels.

Hummingbirds are attracted to flowering plants (see below), but they need more than just nectar. To draw hummers, create a complex, varied backyard with staggered blooms that also includes feeders, perches (dead saplings “planted” in the ground work well), a natural abundance of insects, and places to hide when predators are near. Avoid using toxic garden chemicals—after all, as much as 60 percent of a hummingbird’s diet is actually made up of tiny insects, spiders, and other arthropods, so the birds are providing some natural pest control. The hummingbirds will also appreciate a water mister that creates a fine spray in which they can bathe.

Choose a hummingbird feeder that comes apart completely for regular scrubbing, inside and out, with a bottlebrush and hot water. Use only a mix of four parts water to one part plain white sugar—never use honey, which promotes dangerous fungal growth, molasses, or brown, raw, or organic sugar, which contain levels of iron that could be lethal. Plain white sugar perfectly mimics the chemical composition of natural nectar; don’t waste money on commercial mixes. It’s not necessary to boil the water, but keep any extra nectar refrigerated, and empty the feeder every few days, more often in hot weather. Never use red dye; nectar is naturally clear, and the coloring could be harmful.

You can do your part by getting involved in a newly launched Audubon citizen science project called Hummingbirds at Home, which aims to provide details about which nectar sources hummers are using nationwide—and will give you a chance to explore these amazing, mysterious aerialists. Langham says, “The Hummingbirds at Home project asks people to help us determine what hummingbirds are feeding on in their communities, so we can better understand how to help.” Learn more at Audubon.org/citizenscience.

Trumpet creeper (Campsis radicans). A sprawling, aggressive vine, it produces large, bell-shaped blossoms with abundant nectar. Plant it where it can climb a fence or a dead snag.

Carolina jessamine (Gelsemium sempervirens). This vine is a reliable nectar source for rufous and other hummingbirds wintering along the Gulf Coast. But ruby-throats in the Southeast tend to avoid it.

Jewelweed/spotted touch-me-not (Impatiens capensis and I. pallida). One of the most important sources of late-summer nectar for migrant ruby-throated hummingbirds.

Scarlet gilia (Ipomopsis aggregata). Comes in shades from white and pink to orangish and purple, but the red form is most attractive to hummers.

Trumpet honeysuckle (Lonicera sempervirens). Unlike the invasive Japanese species, this vine is not aggressive. It has long, tubular flowers (in yellow, orange, and red varieties).

Beebalm (Monarda). Available in a range of cultivars and colors; many native Monardas are also appealing to hummingbirds.

Scarlet sage (Salvia coccinea). This tender Southern native is a Salvia, a genus that ranks among the very best for luring hummingbirds.

There’s An App for That

Audubon’s new Hummingbirds at Home project aims to enlist concerned citizens to help scientists understand how climate change, flowering patterns, and feeding by people are affecting hummingbirds. Get the app at Audubon.org/citizenscience.

This story originally ran in the May-June 2013 issue as "Magic Show." 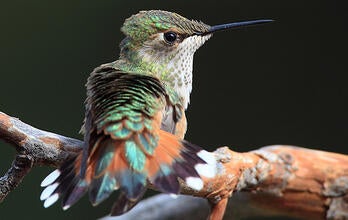