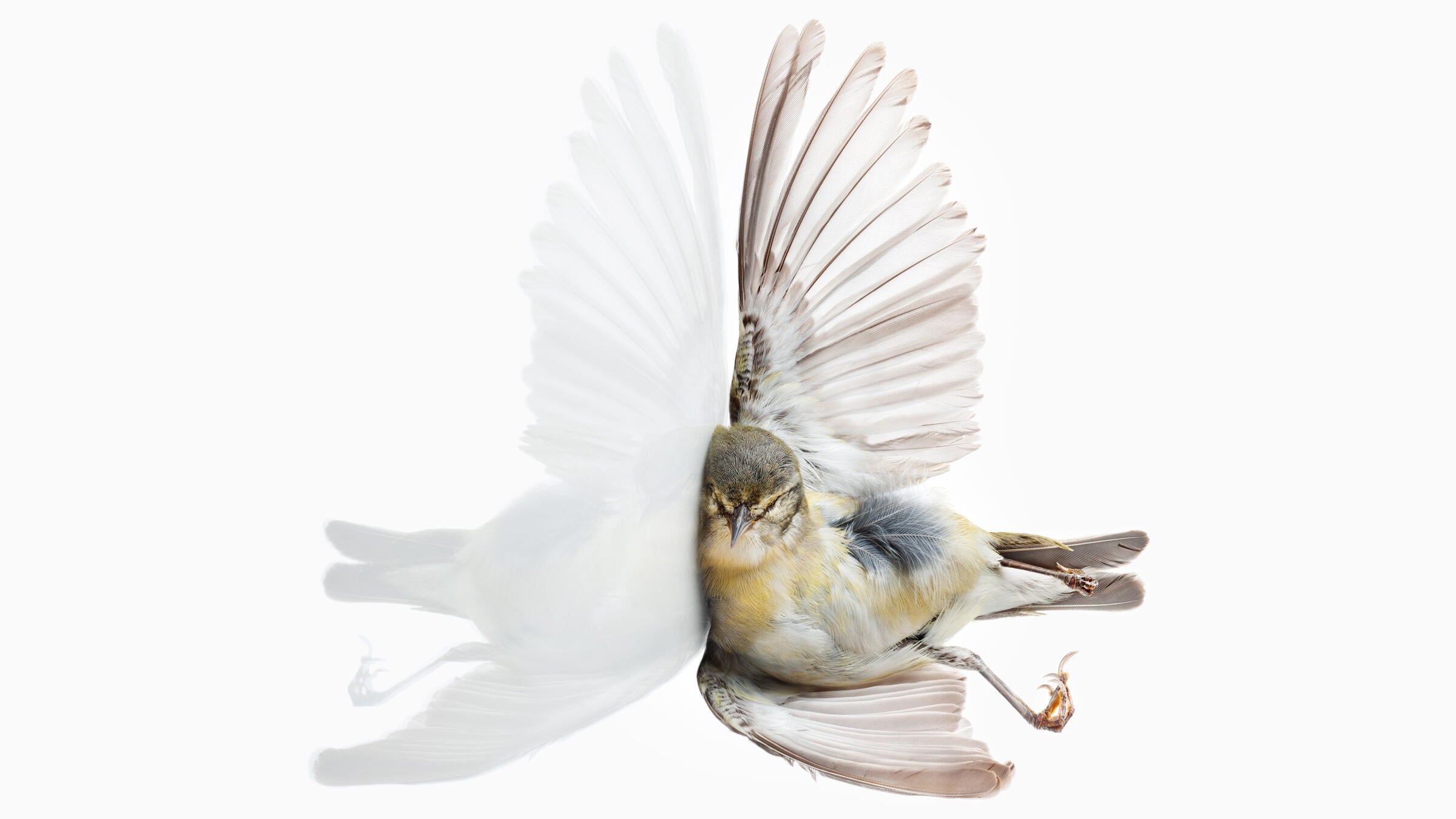 Of all the birds Miranda Brandon collected on the streets of Minneapolis and St. Paul in 2013, it was perhaps the Ruby-throated Hummingbird that hurt the worst. Ruby-throats, which weigh less than a nickel, can fly up to 2,500 miles from Canada to Central America during fall migration, including a nonstop push across the 500-mile-wide Gulf of Mexico. They hover and fly—forward, backward, even upside down—their wings fluttering up to 50 times per second, at speeds reaching 40 miles an hour, and their hearts thumping as fast as 1,220 beats per minute. Considering those magnificent feats, Brandon, a 34-year-old who recently earned a master of fine arts degree from the University of Minnesota, felt especially sorrowful upon discovering the Ruby-throat lying dead on the concrete, one more building-related casualty.

She found the bird, and dozens of others, while volunteering with Audubon Minnesota’s Project BirdSafe, which in 2007 began monitoring bird deaths due to window strikes. The group made headlines in a recent campaign to press the owners of the National Football League’s Minnesota Vikings to alter the design of their new billion-dollar stadium, making its 200,000 square feet of exposed glass less dangerous to birds. (Ultimately, the Vikings chose to proceed as planned, forgoing the $1 million in design alterations that would have made the glass safer. Construction is underway.) 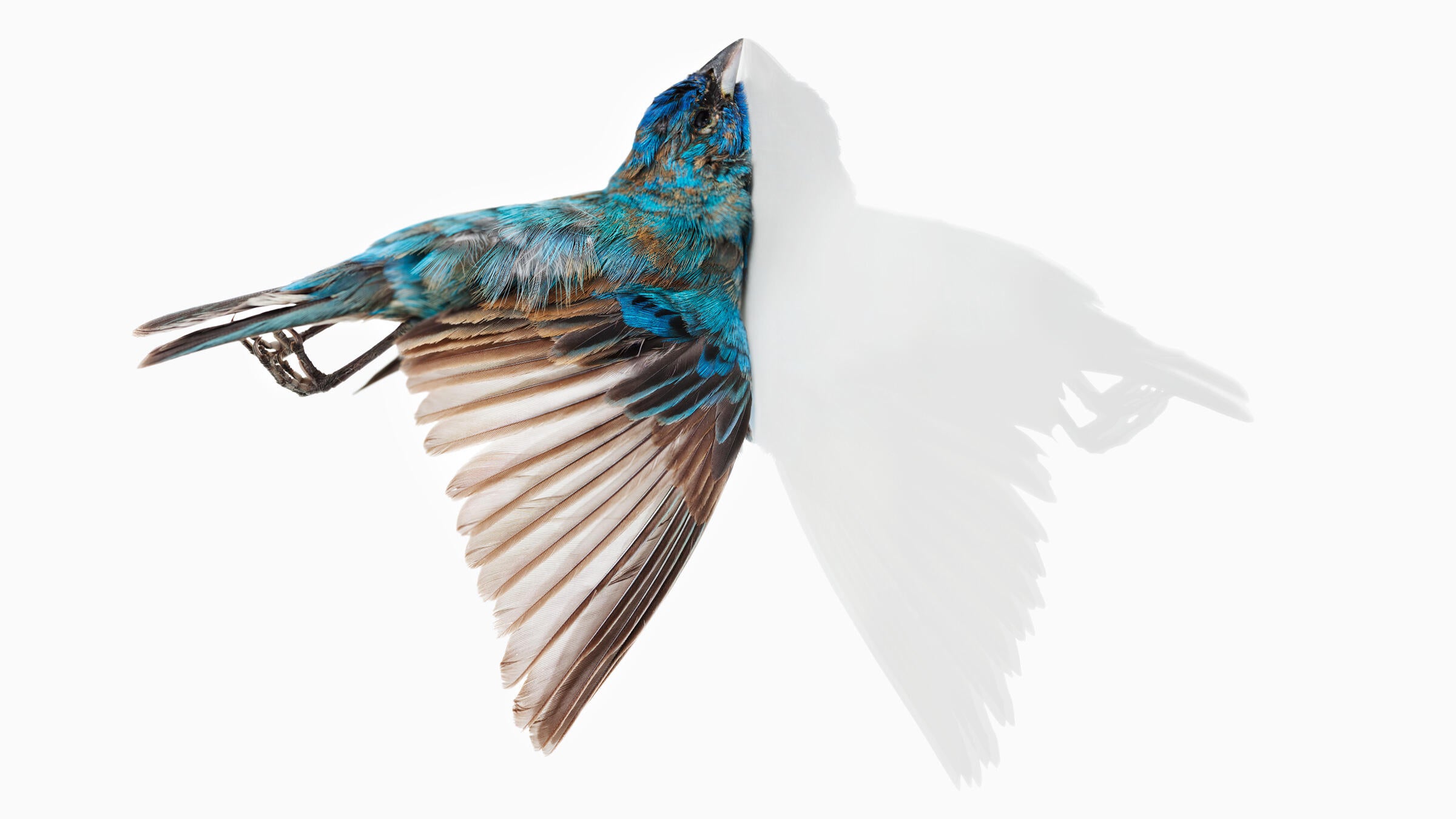 Brandon jokes that for some reason she makes her work as painful and tedious as possible. The first step in the project was to round up some corpses, which she did with permission from the Bell Museum of Natural History, the depository for specimens collected in the Twin Cities by Project BirdSafe. (Under the Migratory Bird Treaty Act, it is illegal to collect even dead birds without a permit from the U.S. Fish and Wildlife Service.) Back at her basement studio, Brandon posed her subjects on panes of Plexiglas to re-create the moment of high-velocity contact. She then used a macro lens to make dozens and sometimes hundreds of photographs of individual birds. 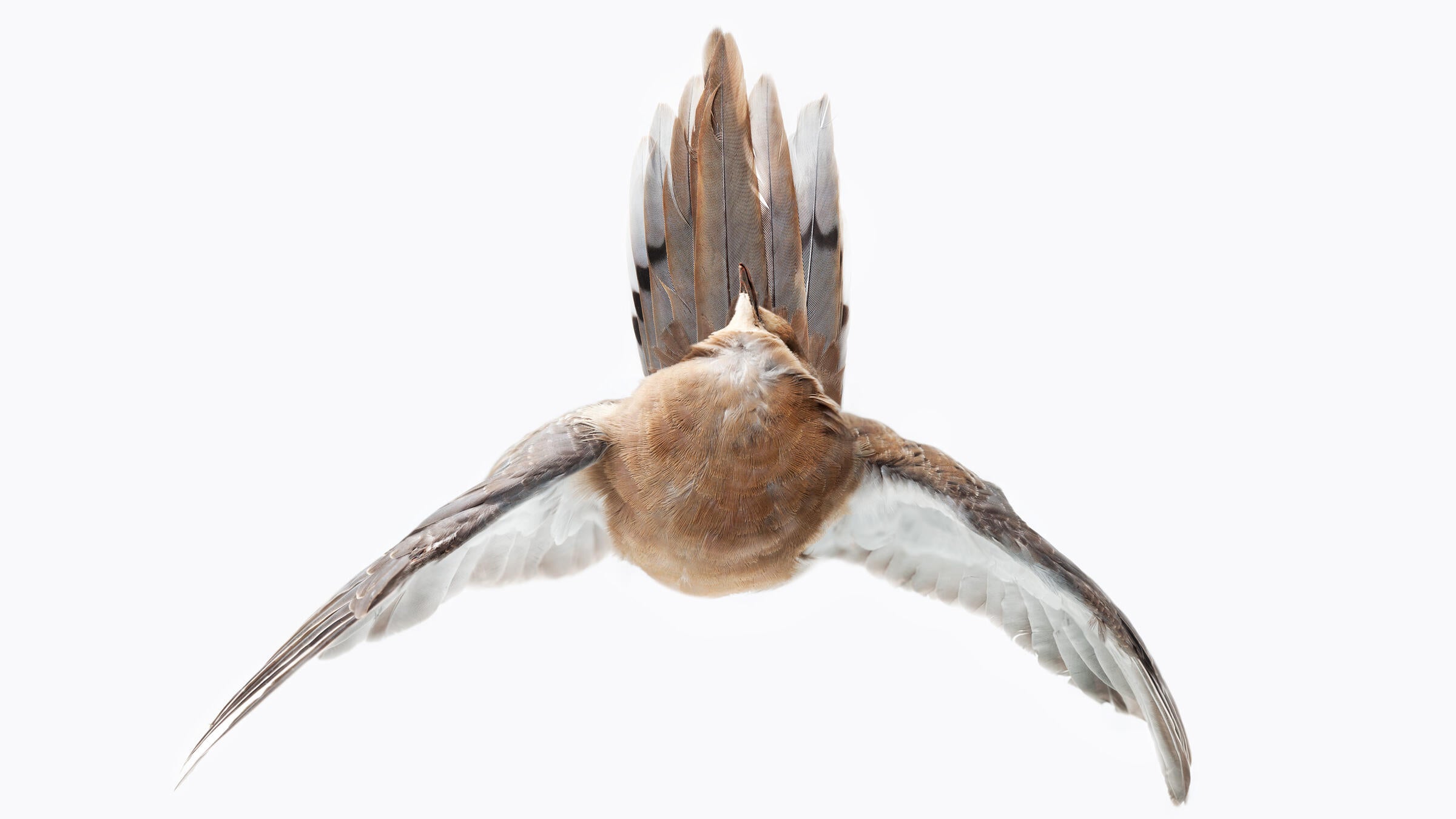 After the close camera work was done, Brandon switched to computer mode, using Photoshop to stitch the picture frames together and create large, high-resolution images. Her earliest productions consisted of about 40 frames, but as she dove deeper into the project, she started layering as many as 200 frames to maximize tiny attributes, like the barbs on a feather or the sharpness of a beak. “I became obsessive about sharing more of the beautiful details in as crisp a focus as possible,” she said. That meant hand-correcting reflections and flecks of sand that Photoshop missed and fine-tuning the layers of frames to reveal the effect she was going for. The result is her interpretation of the precise moment when bird meets glass or, in other cases, the stillness that follows.

On exhibit recently at the Bell Museum, Brandon’s birds appeared six to 12 times their actual size, simultaneously wowing viewers with the animals’ beauty and achieving her goal of communicating how the human environment affects other species living among us. “Holy smokes, those [pictures] are amazing,” said museum curator Robert Zink, who has published research on bird strikes in the Twin Cities. “You can’t get much better images of dead birds.”

Despite its strong conservation message, Brandon doesn’t see her project as protest art. “I’ve developed this body of work in a way that’s meant to be clean and approachable in the beauty of its subjects, allowing a viewer to come to their own conclusions,” she said. “I don’t want the images to have an aggressive, forceful presence, but hope they work to promote conscientiousness.”

See more of Brandon's haunting images in the gallery below: 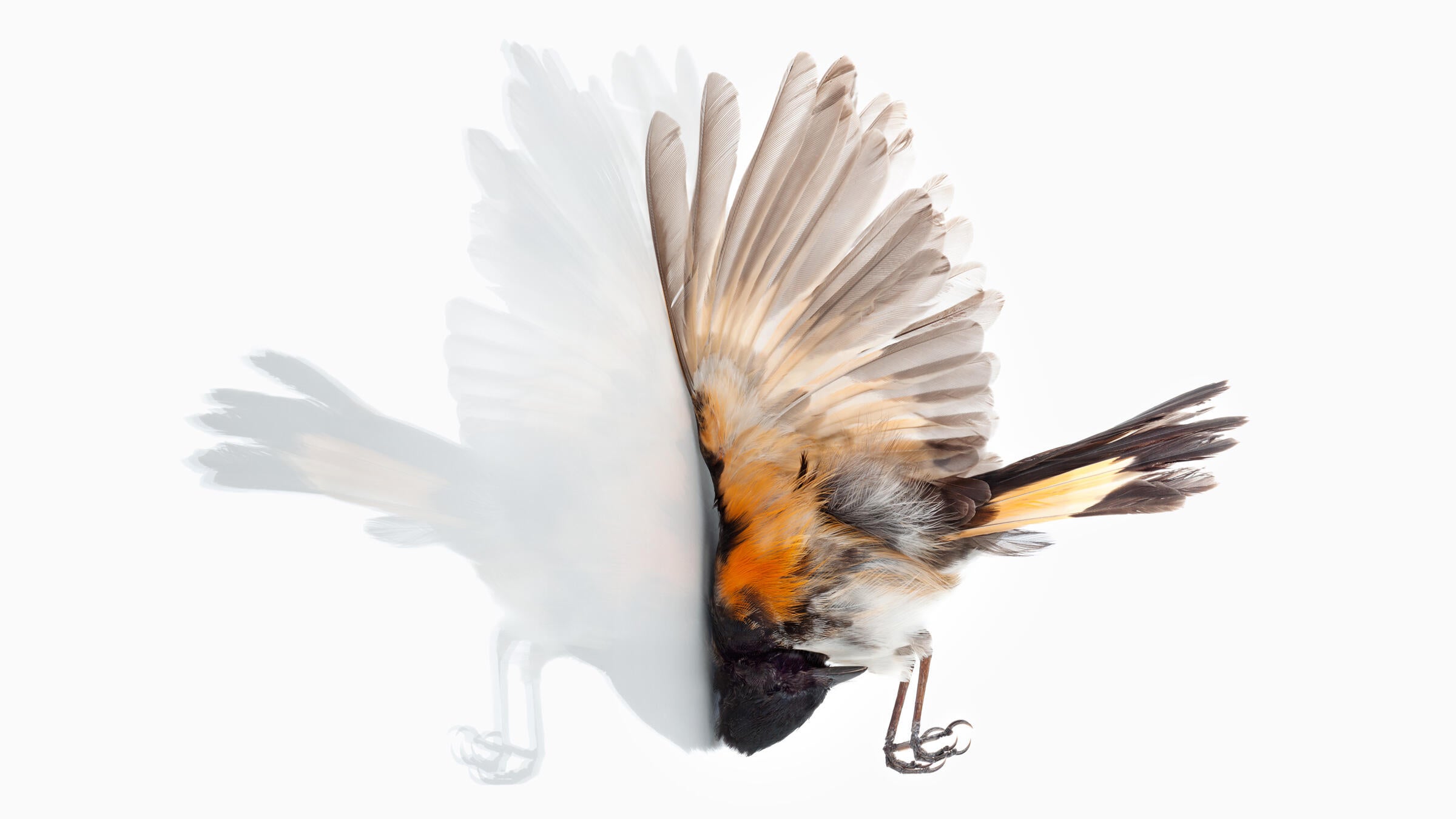 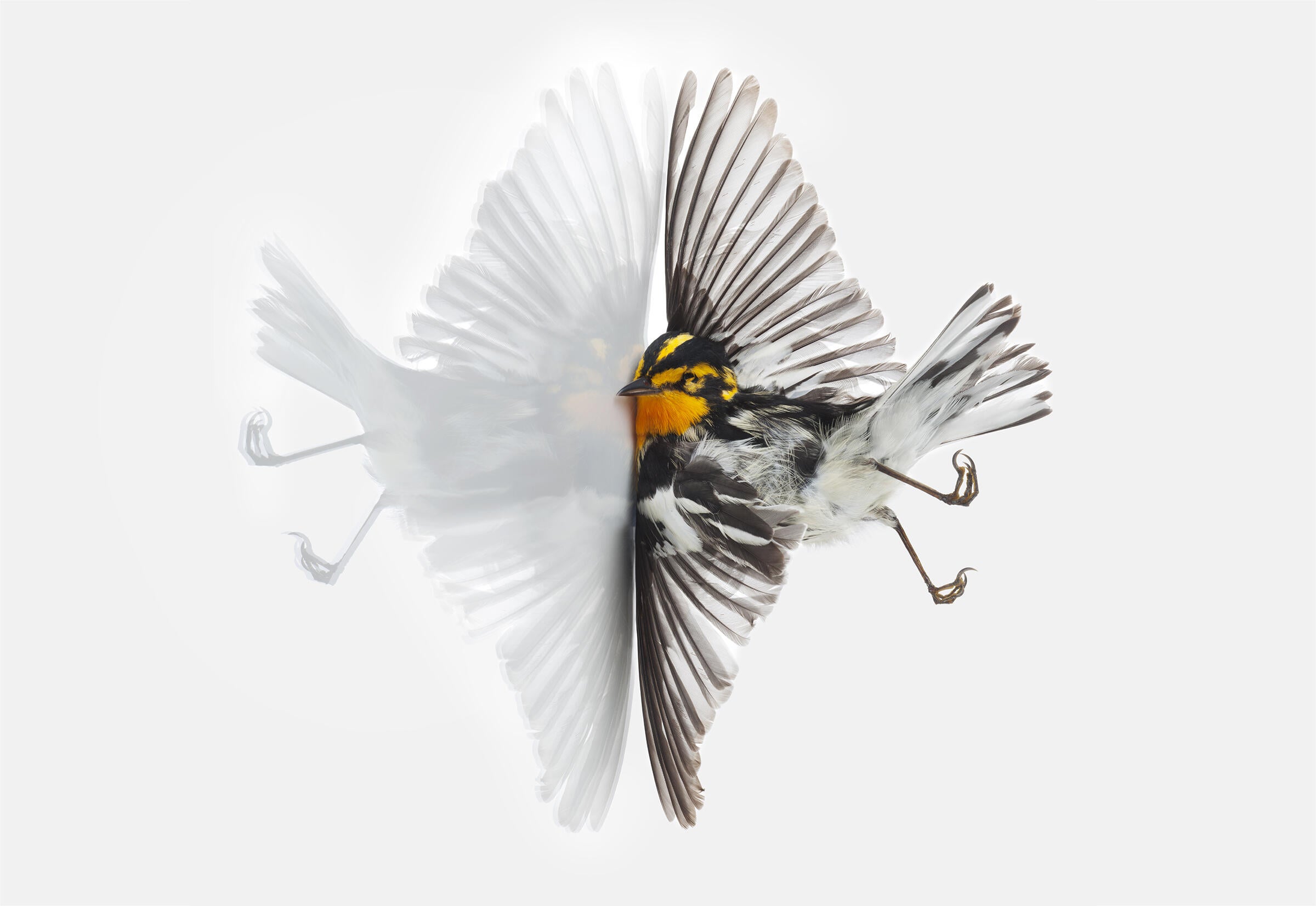 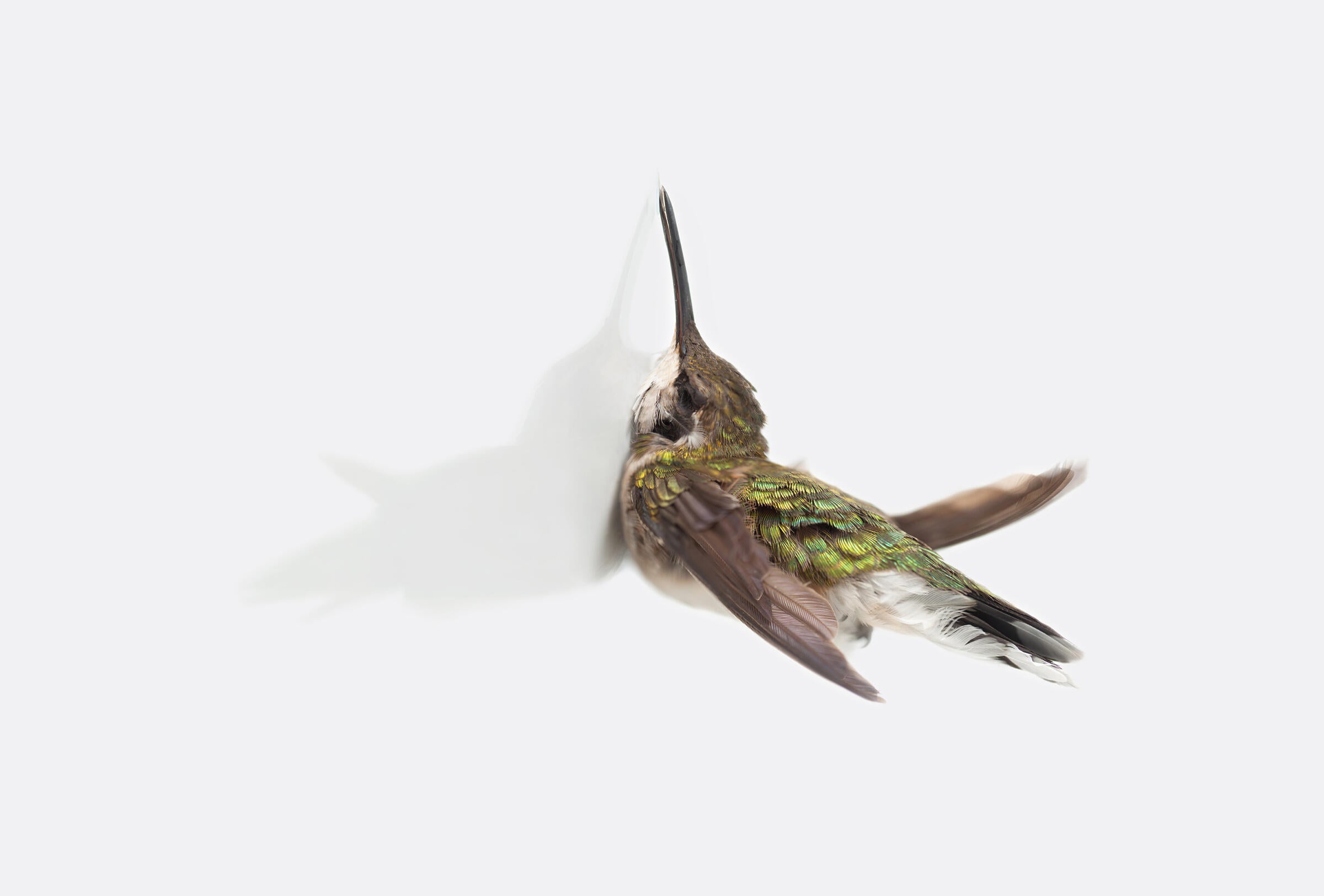 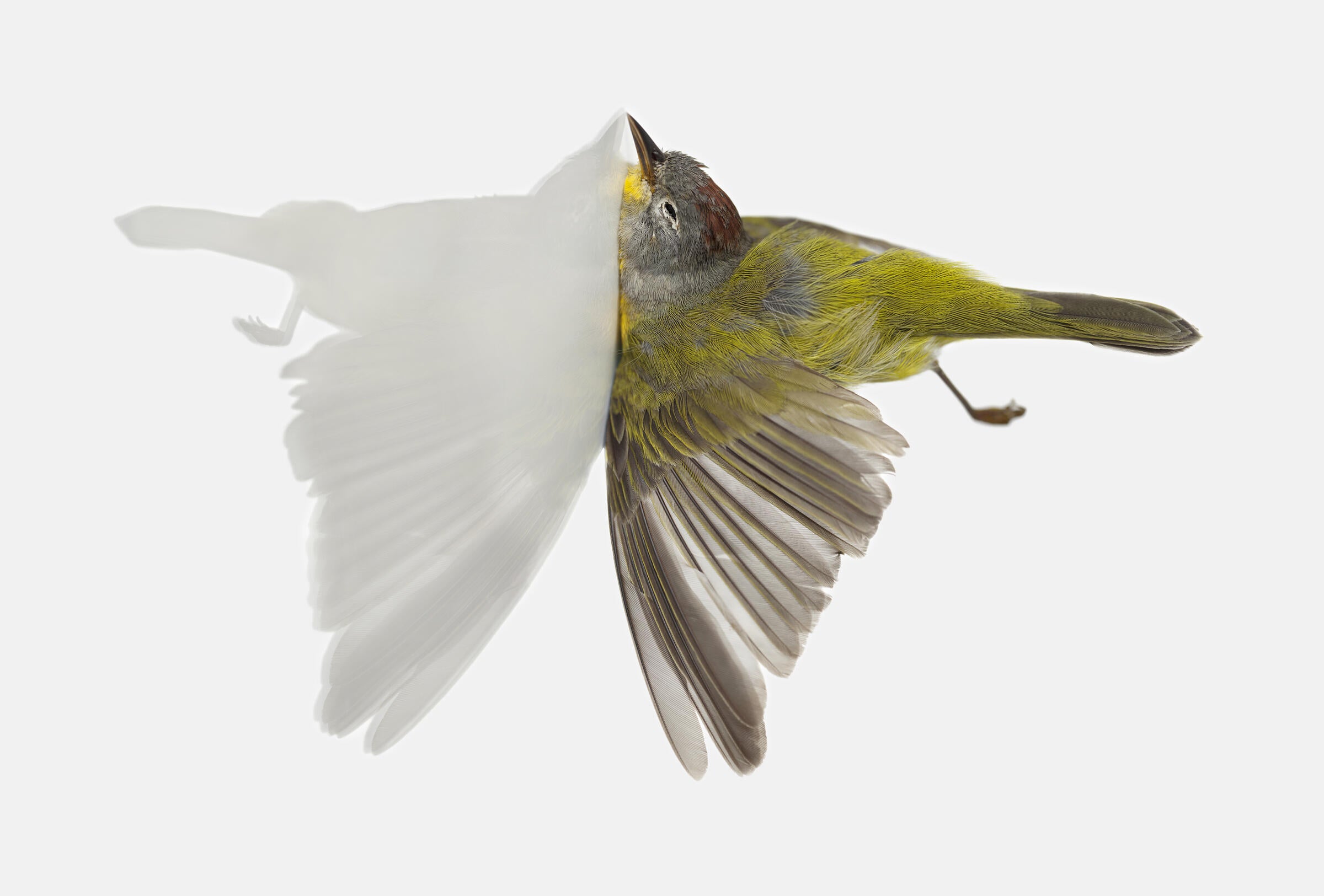 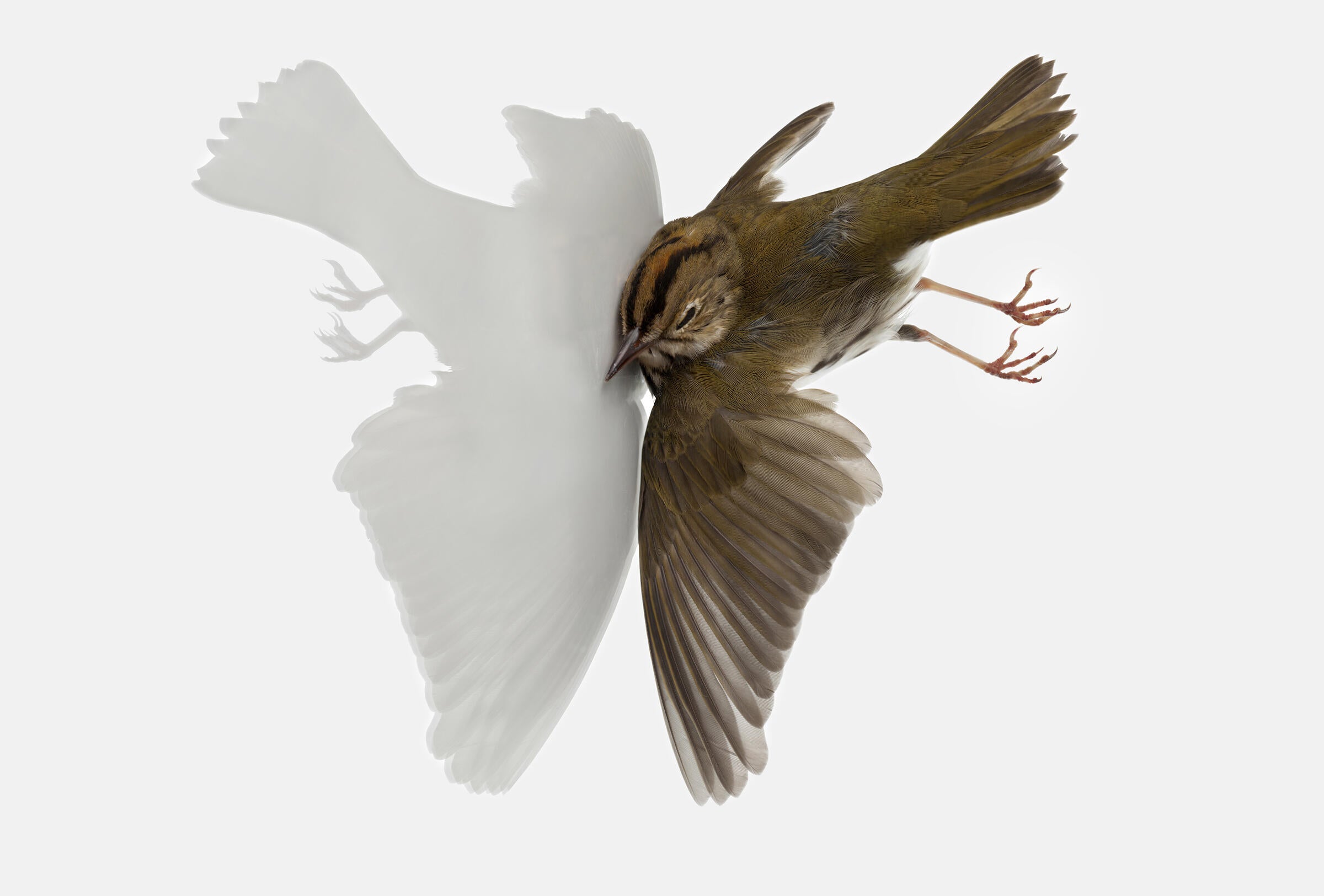 Learn how to make buildings safer for birds:

What Does Bird-Safe Glass Even Mean?

When Birds and Glass Collide