NEW YORK –  The National Audubon Society hosted its annual Gala last night at Gotham Hall in New York City. The organization awarded two of the nation’s most prestigious environmental honors: the Audubon Medal and the Dan W. Lufkin Prize for Environmental Leadership. Frances Beinecke, former president of the Natural Resources Defense Council, was awarded the Audubon Medal for her leadership in finding solutions to the biggest environmental challenges of our time. Nathaniel P. Reed received the $100,000 Lufkin Prize for his instrumental role in shielding Florida’s natural resources from today’s threats.

The bird-themed evening began with a video homage to Emmy-winning actress Jane Alexander and American Crime’s Lili Taylor, who co-emceed the evening and highlighted the conservation legacies of both honorees.

“A paragon of dedication, passion and plain old hard work, Frances rose through the ranks of NRDC the hard way- starting out as an intern and working her way up to become one the first women to head an international environmental organization,” stated Alexander.

“When I was younger, our national bird- the Bald Eagle- was on the brink of extinction. I never imagined I would have a chance to see one in the wild. But I didn’t know then what I know now, that Nathaniel Reed was on the case,” said Taylor.

“It’s certainly an exciting time for conservation,” said Walker. “I say ‘exciting’ because I refuse to look at challenges any other way. Fortunately, Audubon has a long history of meeting challenges with hope and action.”

“Audubon has a million members who have political muscle to create a firewall in D.C.,” said Yarnold.  “A network that represents the entire political spectrum, and one that creates opportunity for common ground.” 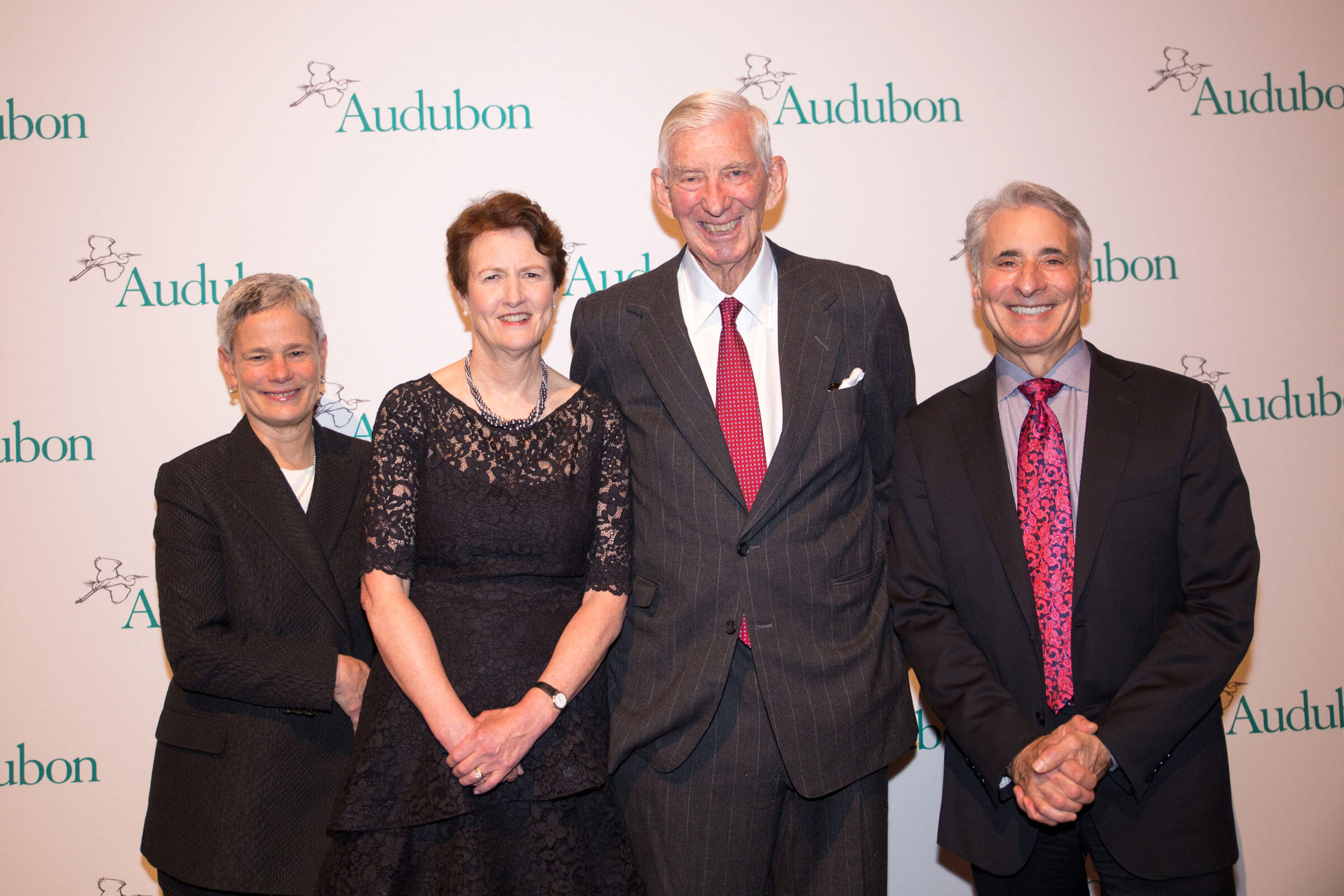 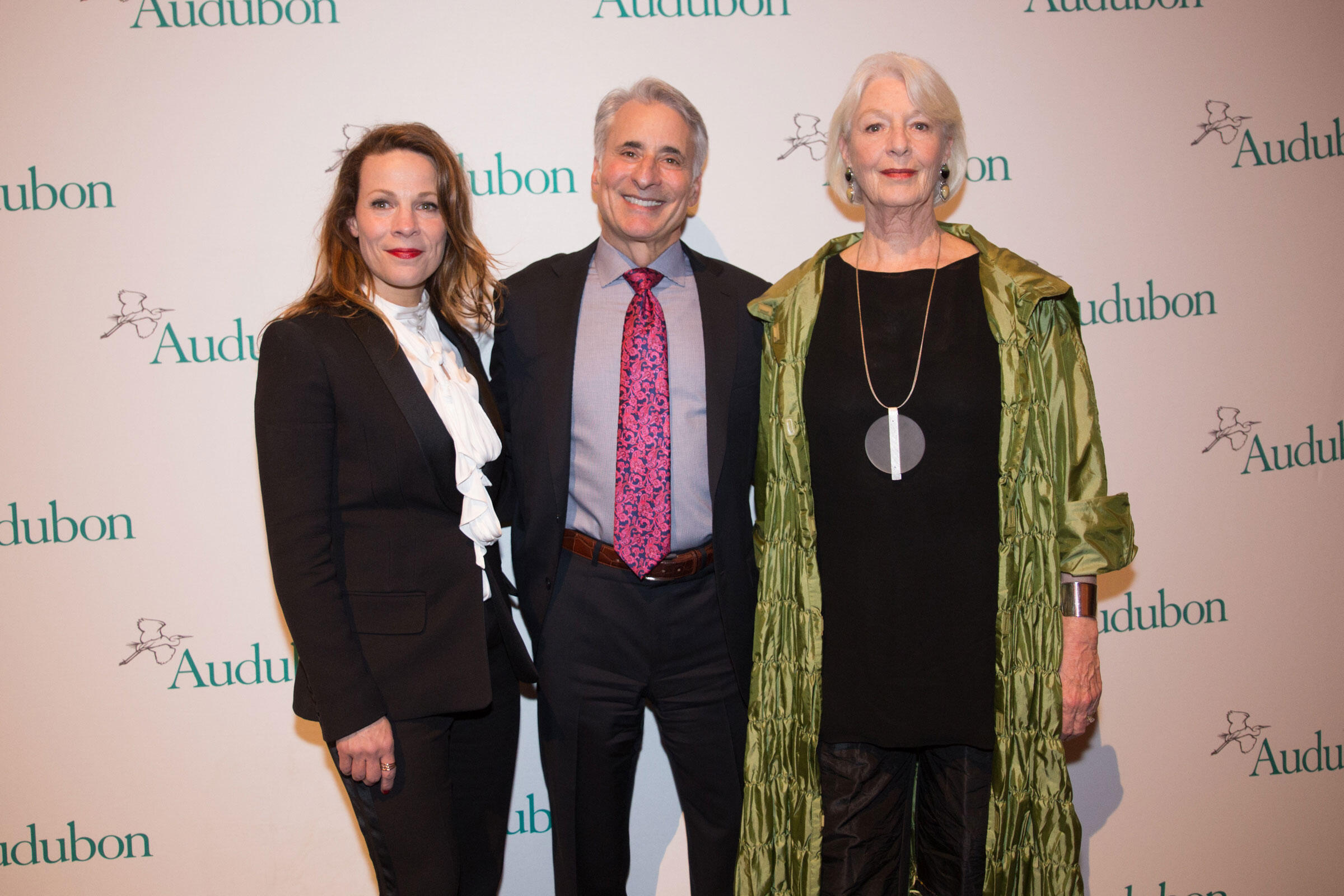 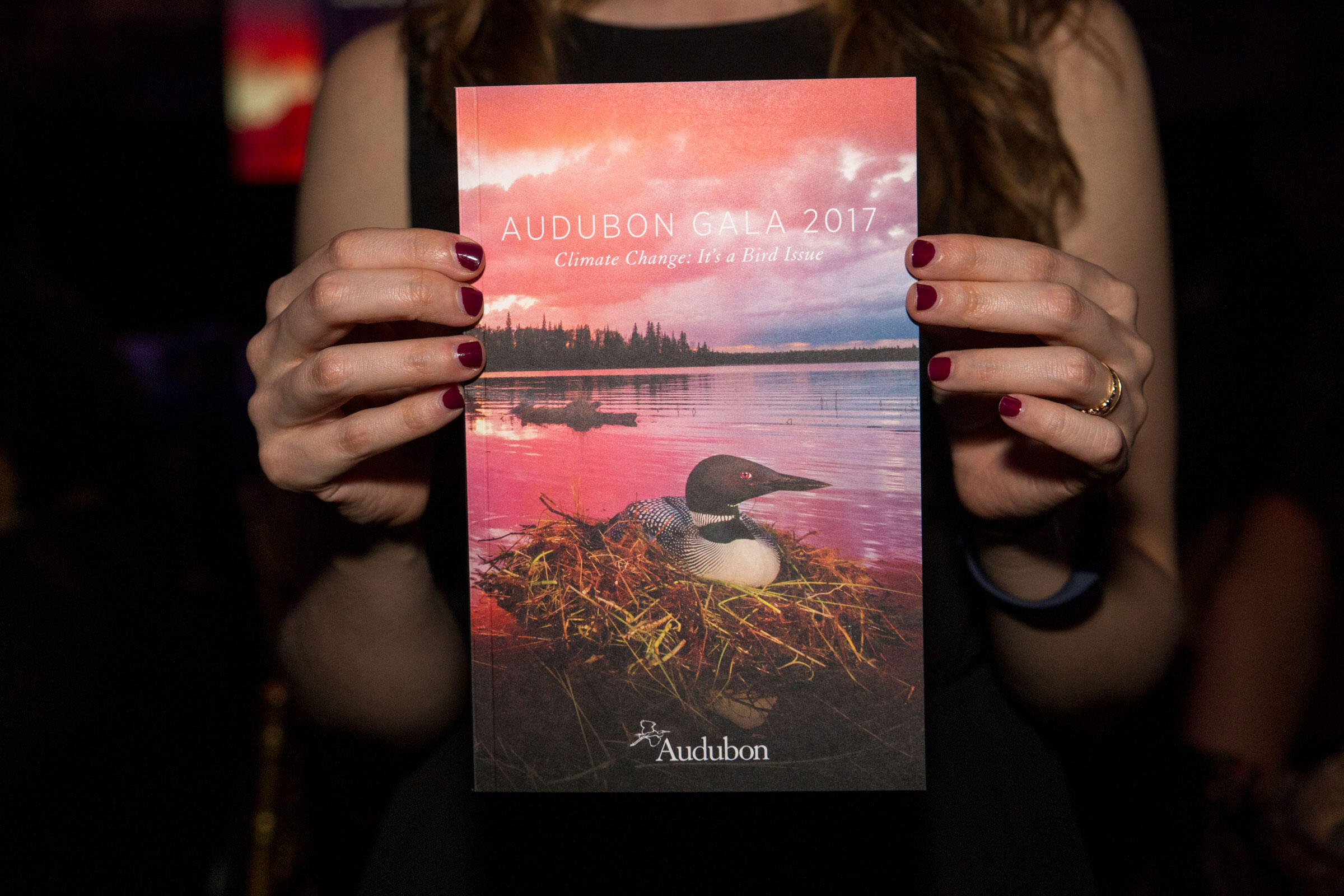 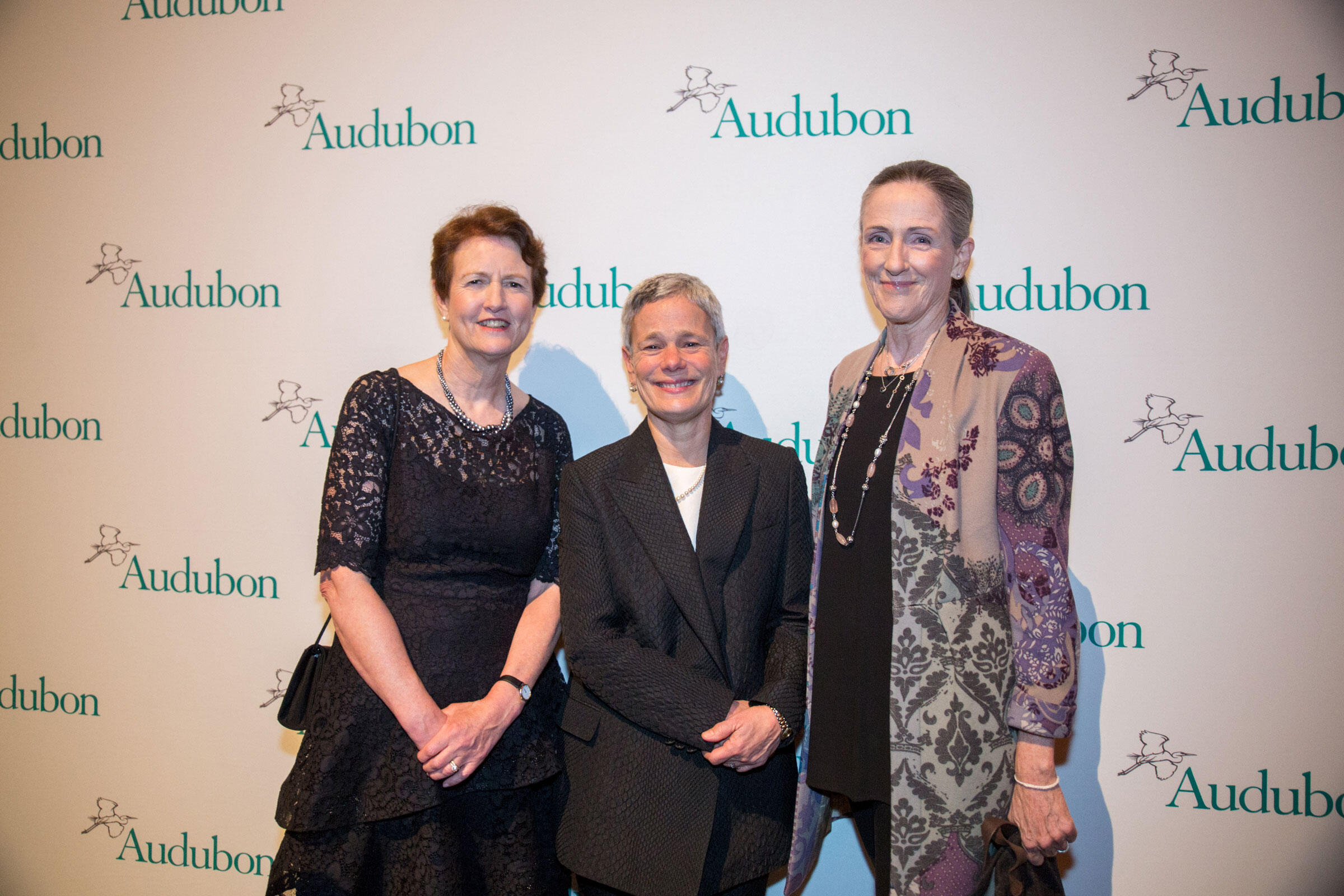 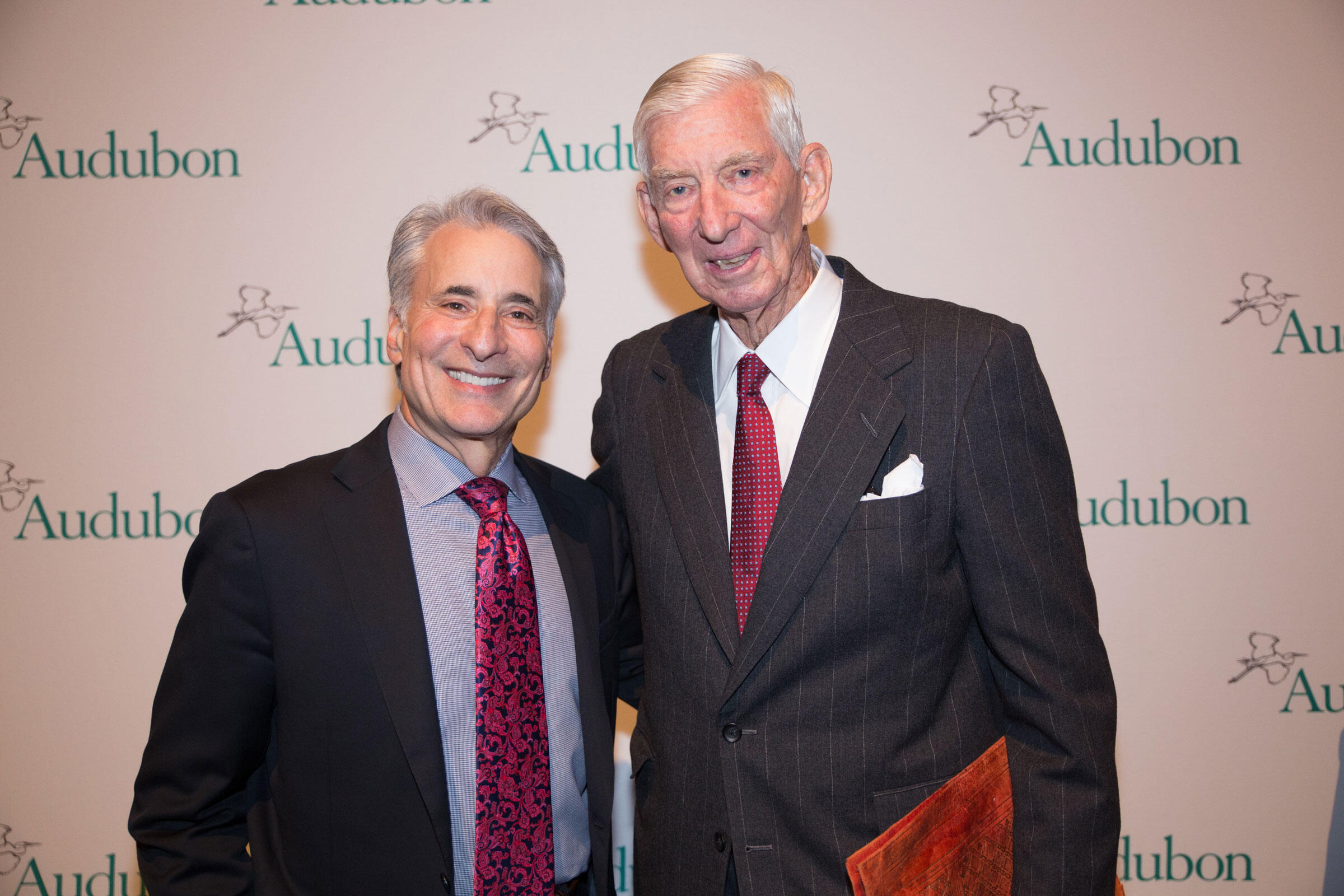 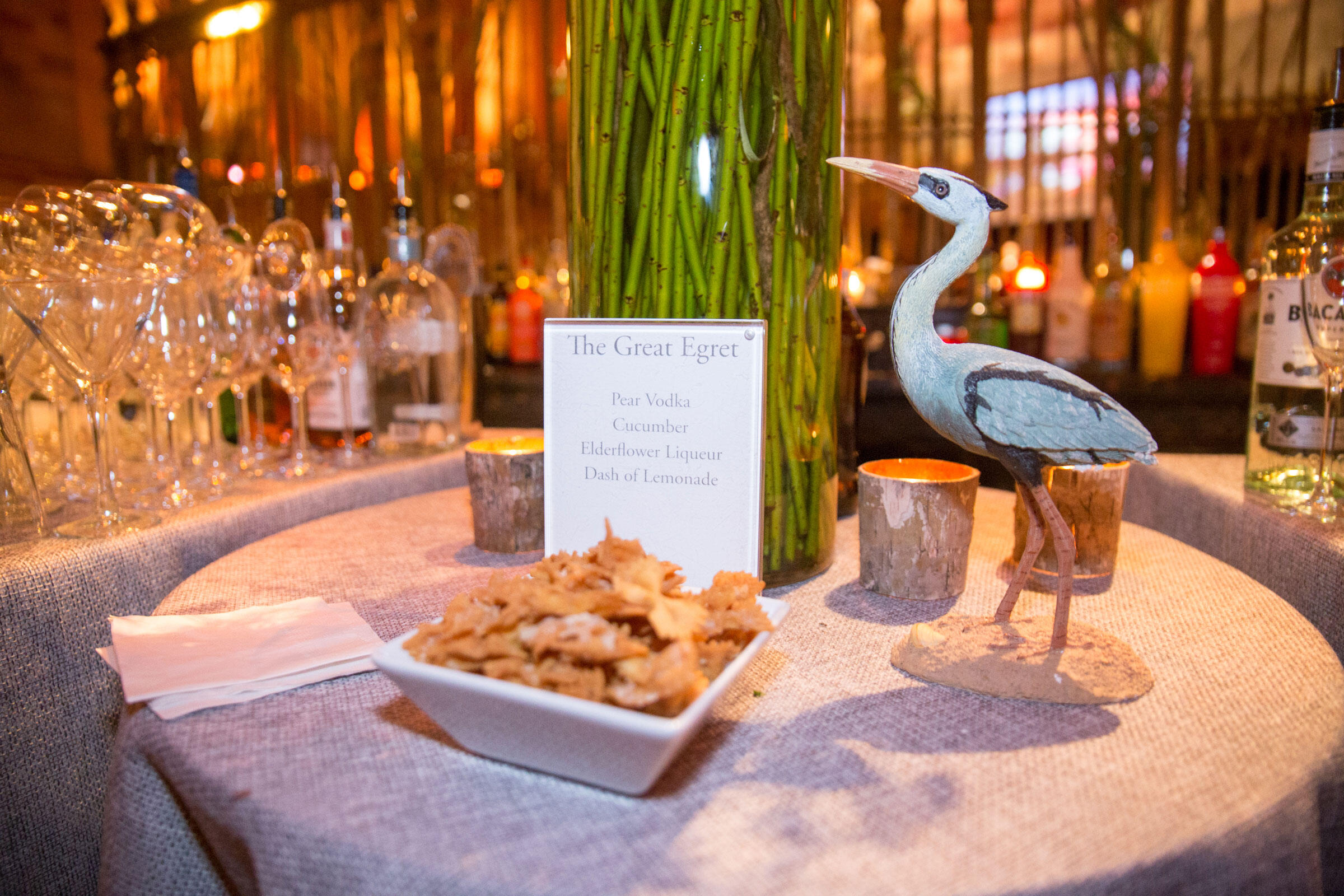 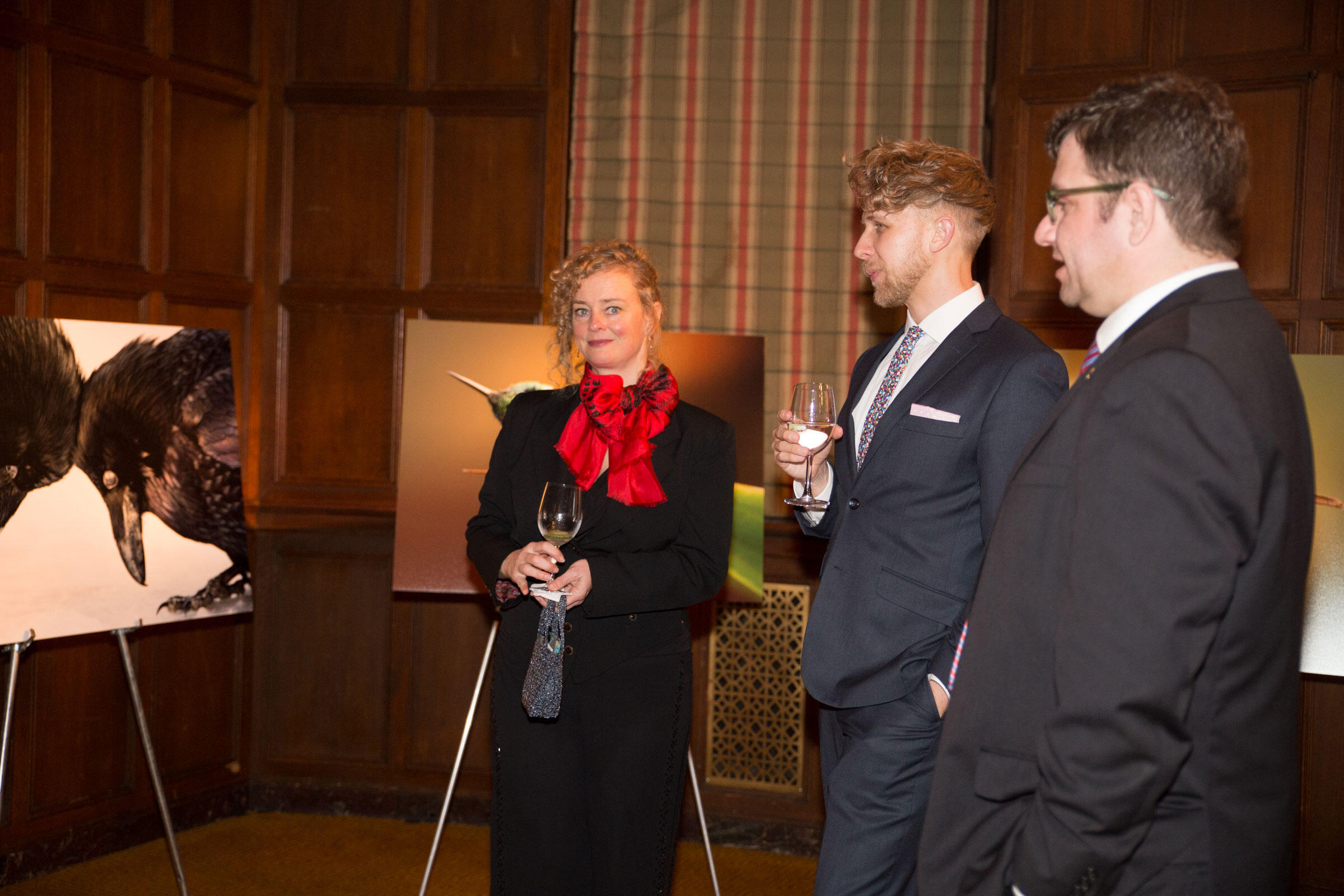 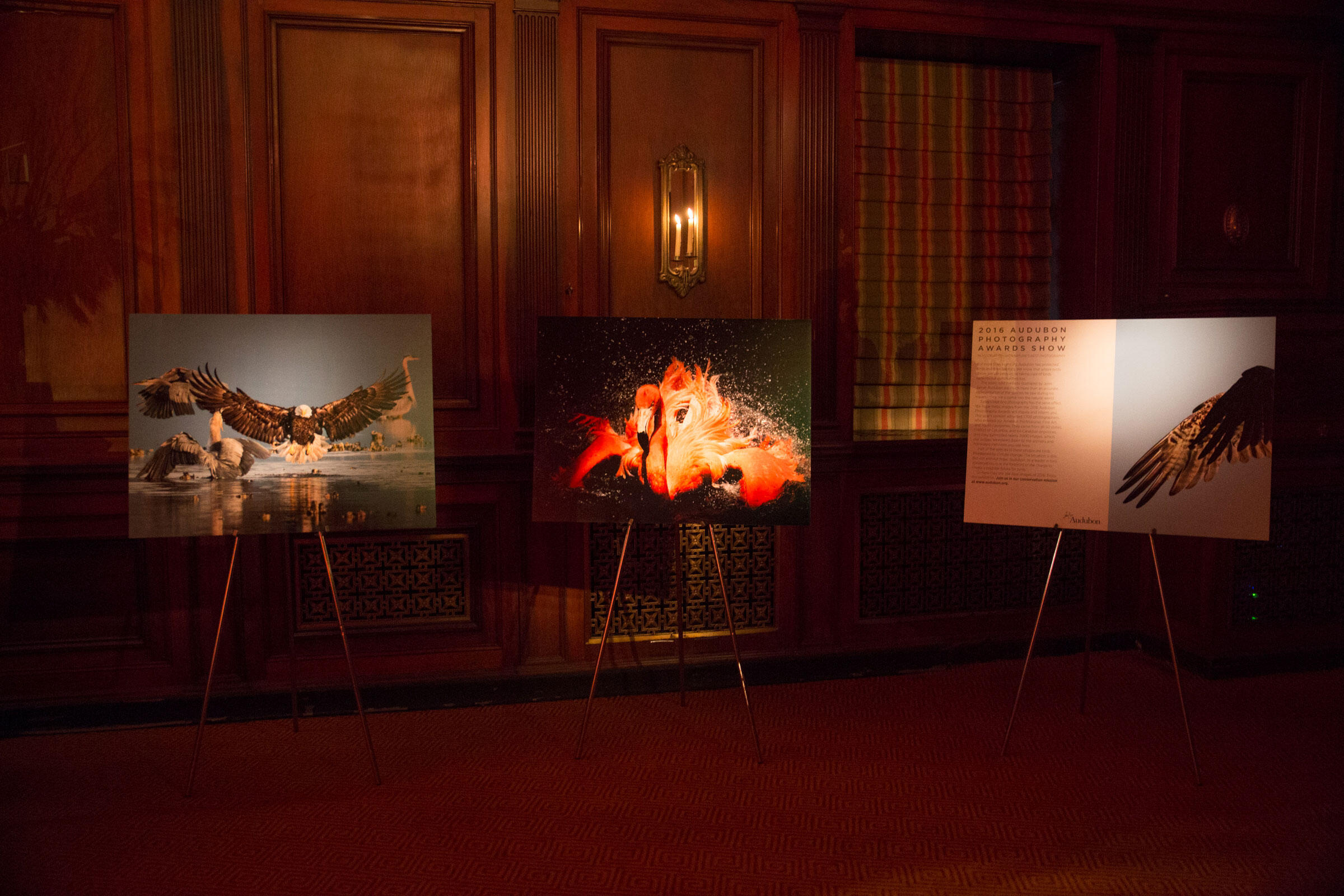 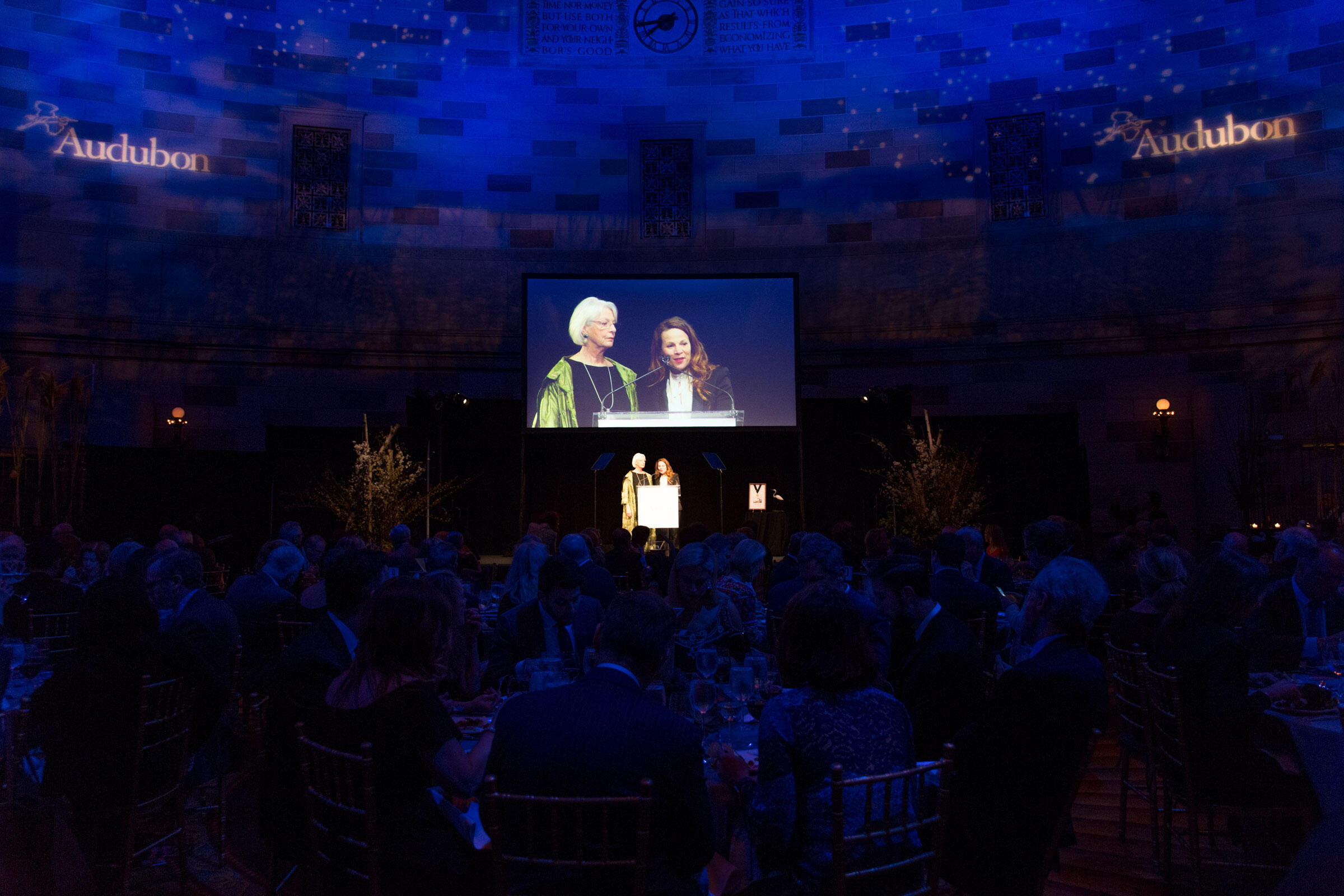 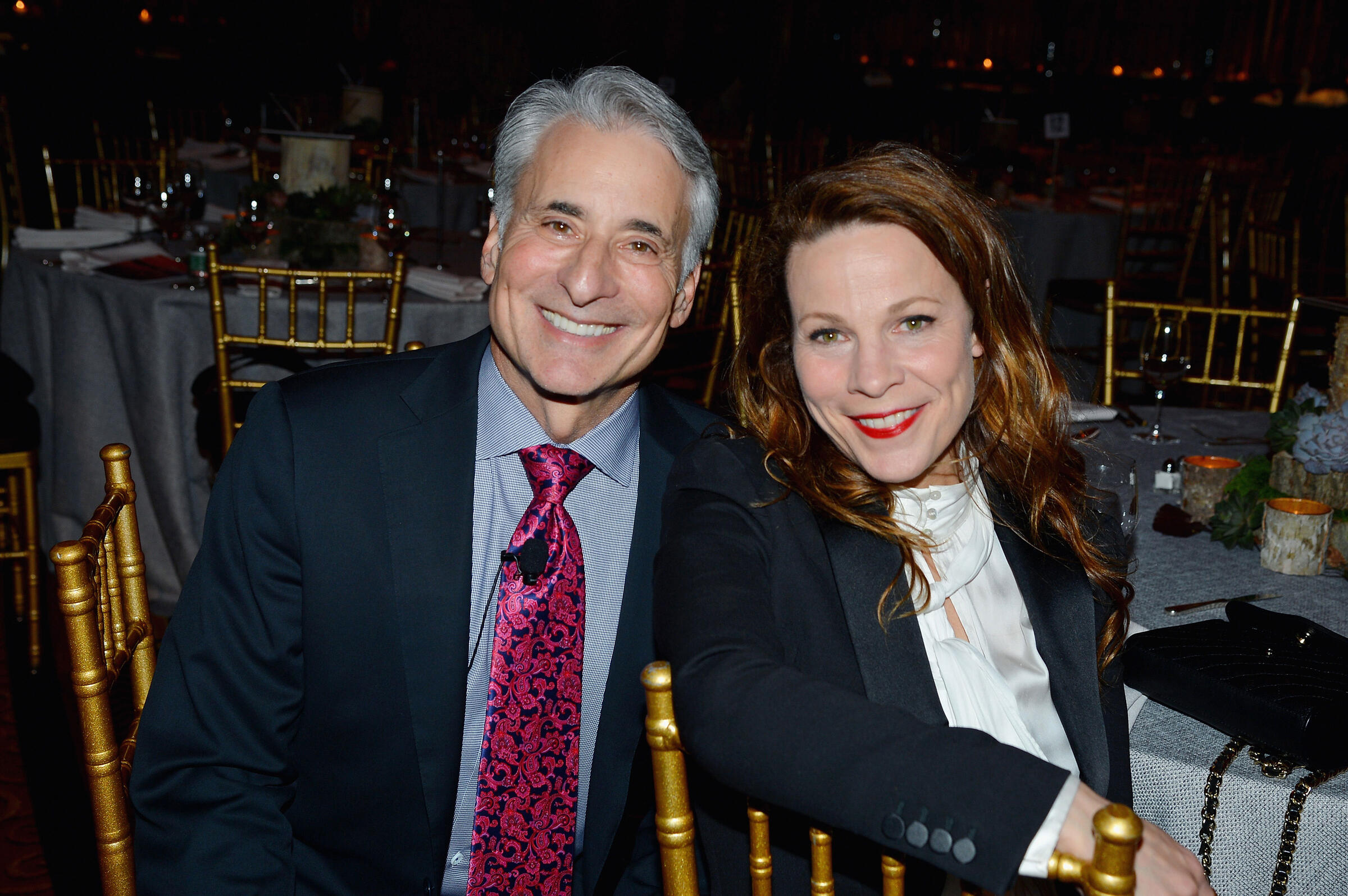 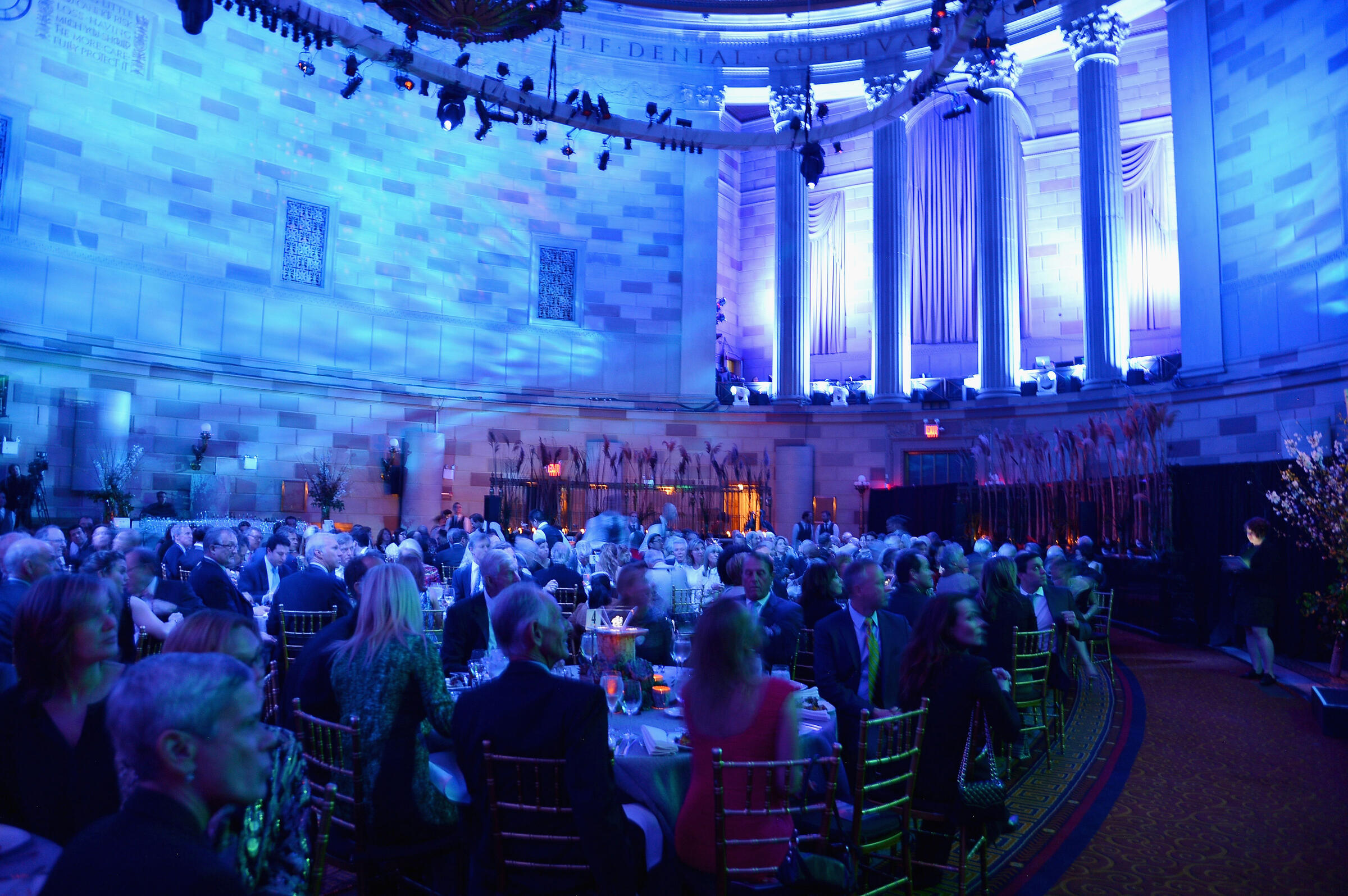 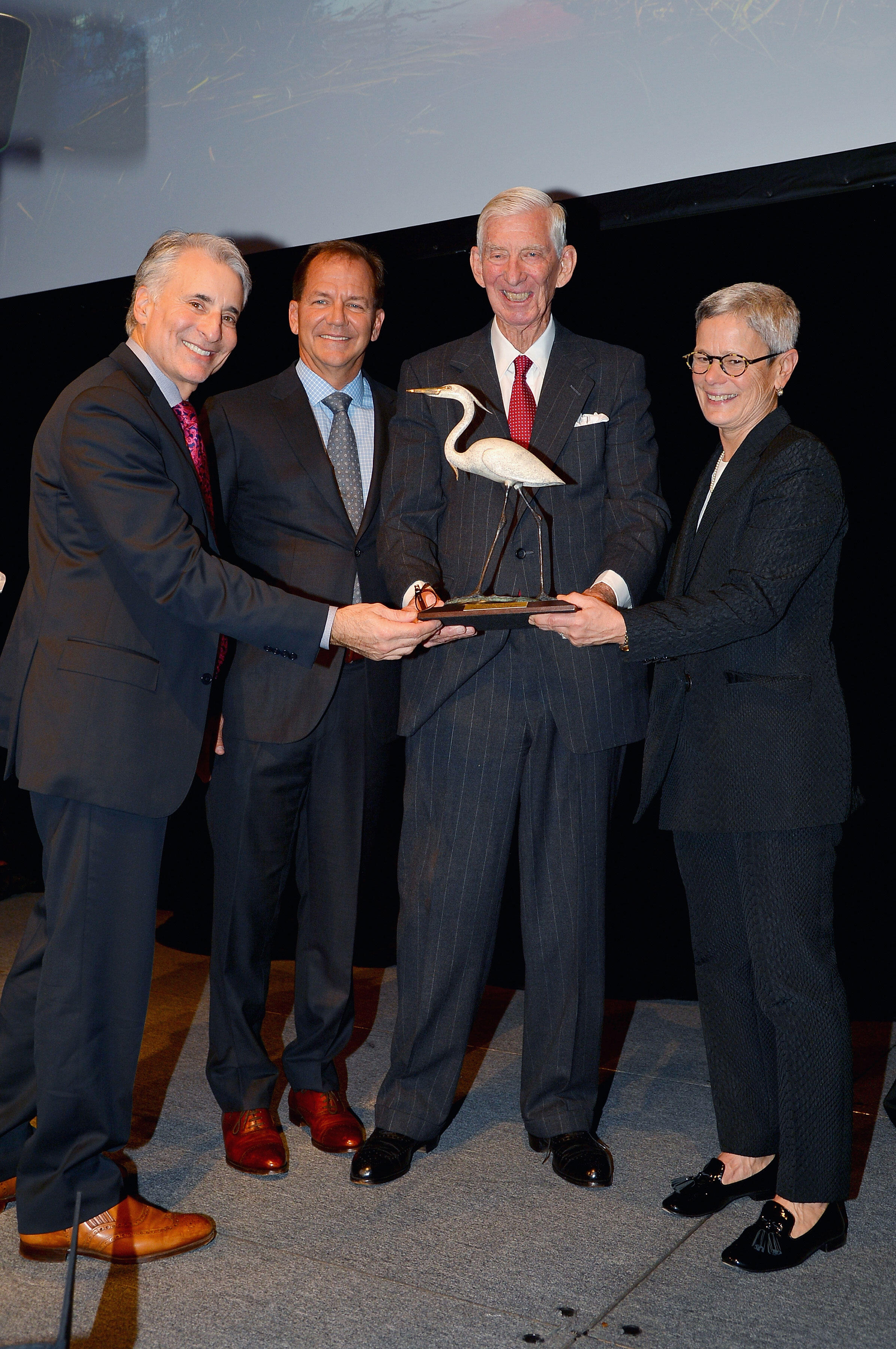 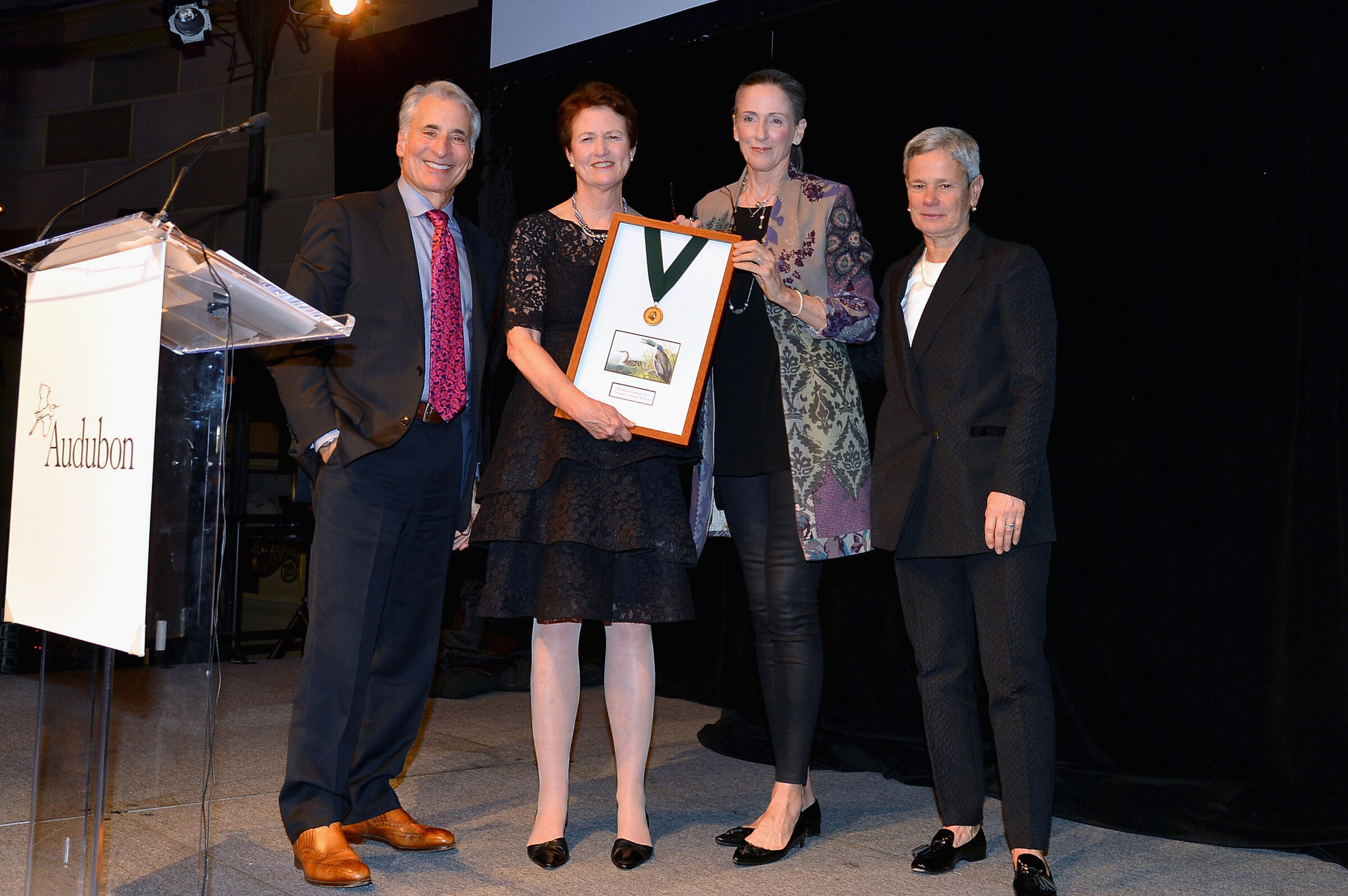 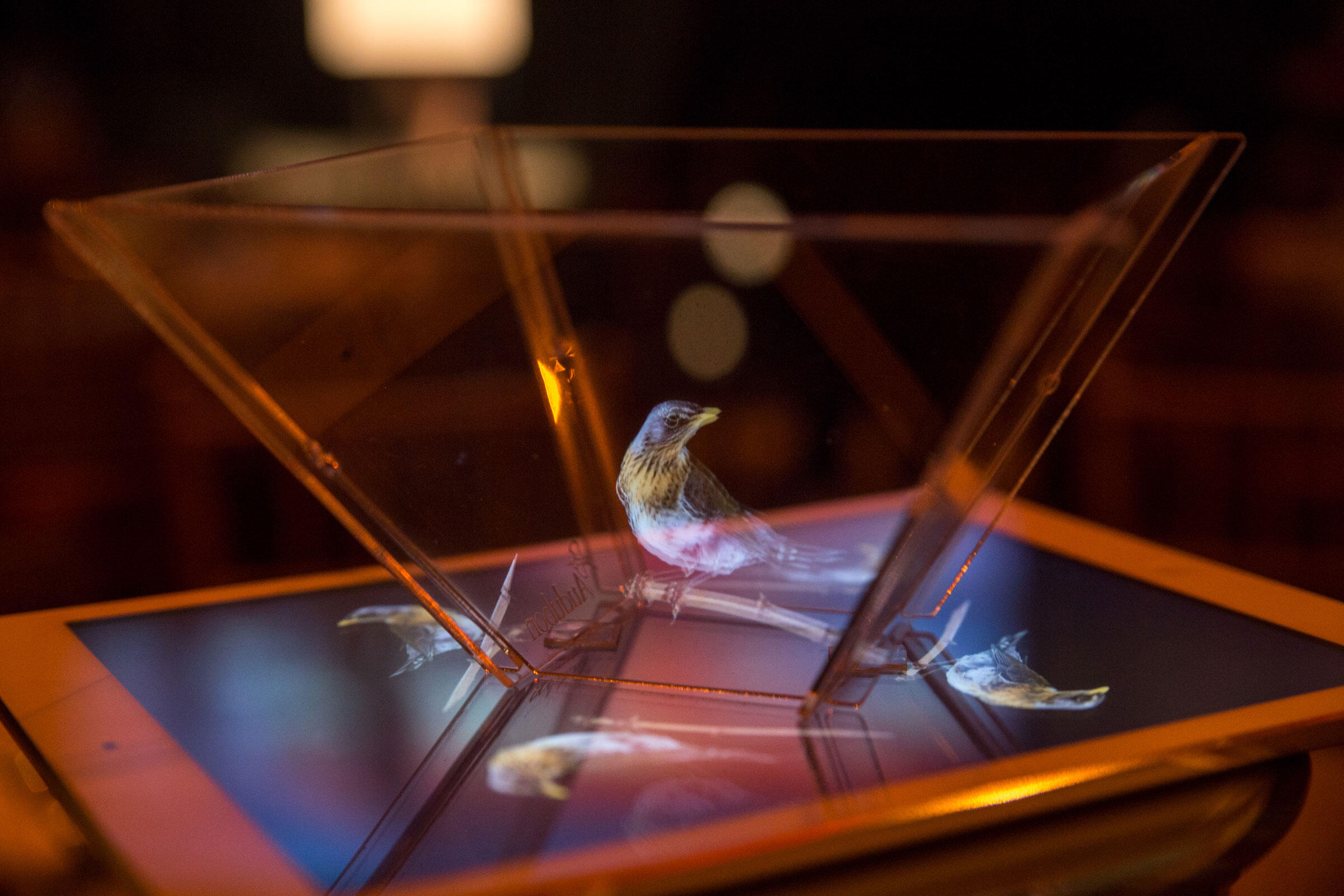 Following dinner, Paul Tudor Jones humorously introduced the evening’s first honoree, Nathaniel P. Reed, playing on the Senate’s vote to confirm former Oklahoma Attorney General Scott Pruitt as Administrator of the Environmental Protection Agency. Pruitt’s nomination faced unprecedented opposition from the environmental community due to his long-standing ties to the oil and gas industry and his multiple lawsuits against the agency he now leads.

"In just a moment, I’ll be announcing the winner of the Lufkin Prize, that fantastic prize designed by Dan to go to those doers of good deeds, thinkers and fighters, the people actually protecting our natural resources. Without further ado, the winner is... Scott Pruitt, EPA. Is Scott here?" Jones teased as an Audubon staff member jokingly ran up to the stage with another envelope for Jones to open.

Nathaniel Reed accepted his award to an applause from the audience after a special video played recognizing his work. Reflecting on his career documented in a new memoir, and acknowledging  other environmental pioneers, he shared,  “My crystal ball is no clearer than yours. Will another era of congressional bipartisan cooperation reoccur?  I don’t know—none of us can predict challenges the next era will produce. But I know that I share with you and millions of fellow Americans the conviction that stewardship of our country and Mother Earth will always be a national priority.”

The Lufkin Prize was established by Dan W. Lufkin’s family in honor of his love and dedication to supporting conservation and environmental causes. The prize is meant to honor individuals who have dedicated their lives to on-the-ground conservation.

After a roaring applause, Beinecke shared the many environmental stewards who inspired her, and the challenges faced today. She stated, “I accept this award as a symbol of what the environmental movement and communities have achieved. We are facing a challenge as never before with the new administration. It’s especially an honor to be here with Nathaniel Reed, an inspiration to all of us. Through his work, I learned what the power of persuasion really was.”

The Audubon Medal is one of the highest honors in conservation, awarded only 56 times since 1947. Past recipients include Rachel Carson, Robert Redford, Ted Turner, and the Rockefeller family.

The evening welcomed close to 300 guests and raised over $1.1 million to support the National Audubon Society’s climate change program and conservation work.