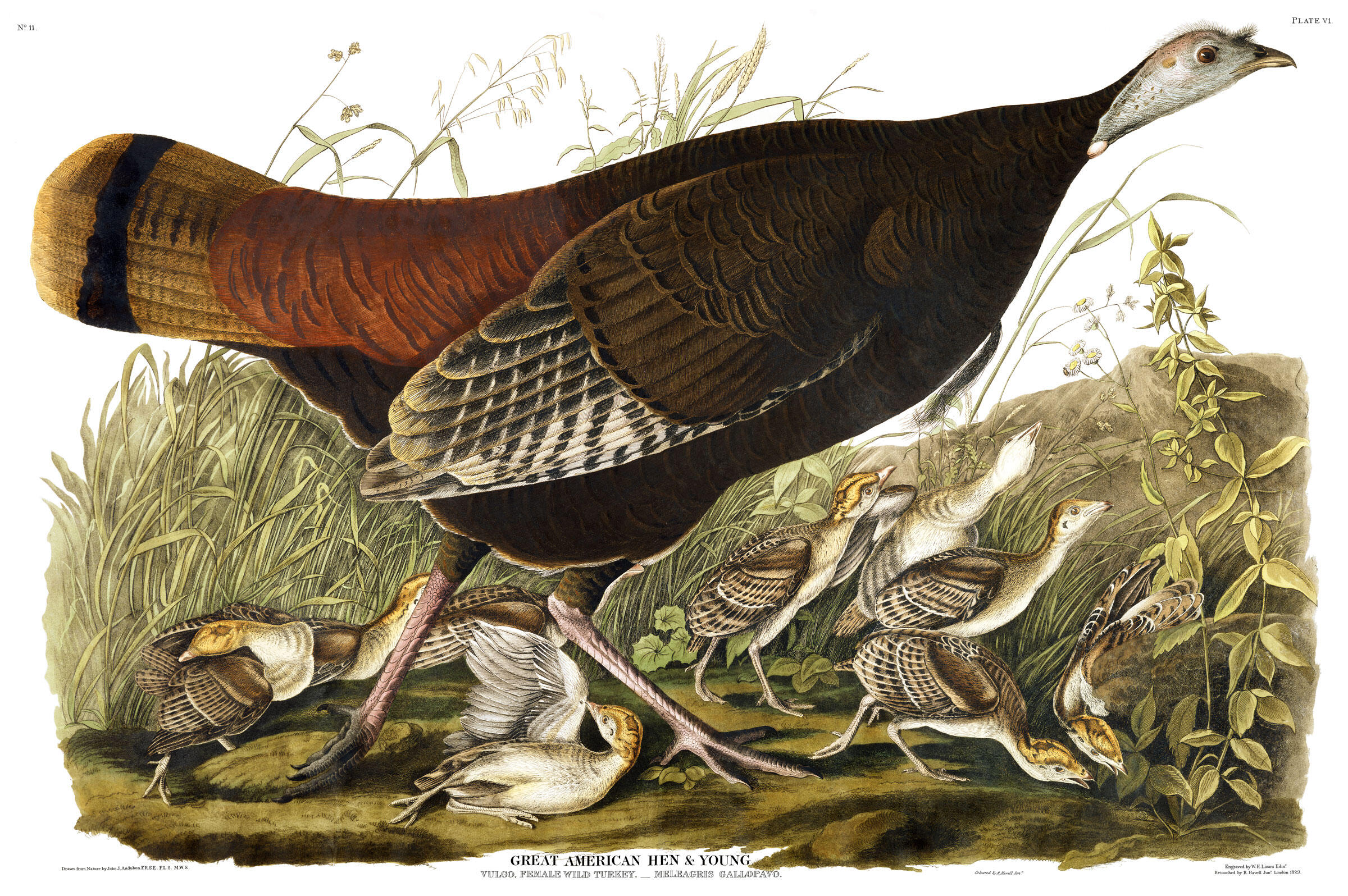 From Ben Franklin to visual prowess, here are nine reasons to talk turkey.

Learn why John James Audubon described the Wild Turkey as “one of the most interesting of the birds indigenous to the United States of America.” After reading these facts, you’re sure to agree.

1. To debunk a popular turkey tale, Benjamin Franklin did not advocate for the turkey as the National Bird. However, according to The Franklin Institute, he was against the Bald Eagle, stating in a letter to his daughter that it was a “Bird of bad moral Character” whereas the turkey was a “much more respectable Bird… a Bird of Courage.”

2. Turkeys are named after the country. Linguists theorize that early Europeans were reminded of the African Guinea Fowl which had come to Europe through Turkey, and the similarity led to its name.

3. Despite their large girth and weight, Wild Turkeys roost overnight in trees.

4. The first official presidential turkey pardon wasn't given until George H.W. Bush's in 1989, although reports credit many presidents with the tradition including Abraham Lincoln, whose son took a liking to the turkey destined for Christmas dinner, and Harry Truman, who was the first to appear in a photo op with a turkey that would later be served.

5. Another turkey fan, John James Audubon featured "Wild Turkey, Male" (right) as the first bird in John James Audubon’s Birds of America and was later followed by a second work portraying a hen and her poults (above).

6. Is it a male or female? Check its poop. A turkey’s gender can be determined from its droppings–a male’s will be shaped like the letter J, a female’s more spiral-shaped.

8. They have excellent vision, seeing three times more clearly than 20/20. Turkeys can also see in color and have a 270 degree field of vision.

9. Wild Turkey populations plummeted in the 19th century due to popularity as a game bird and loss of habitat, disappearing entirely from New England. Fortunately, Wild Turkey conservation efforts throughout the 20th century are celebrated as one of the great wildlife success stories. Read more about the turkey’s reintroduction here.