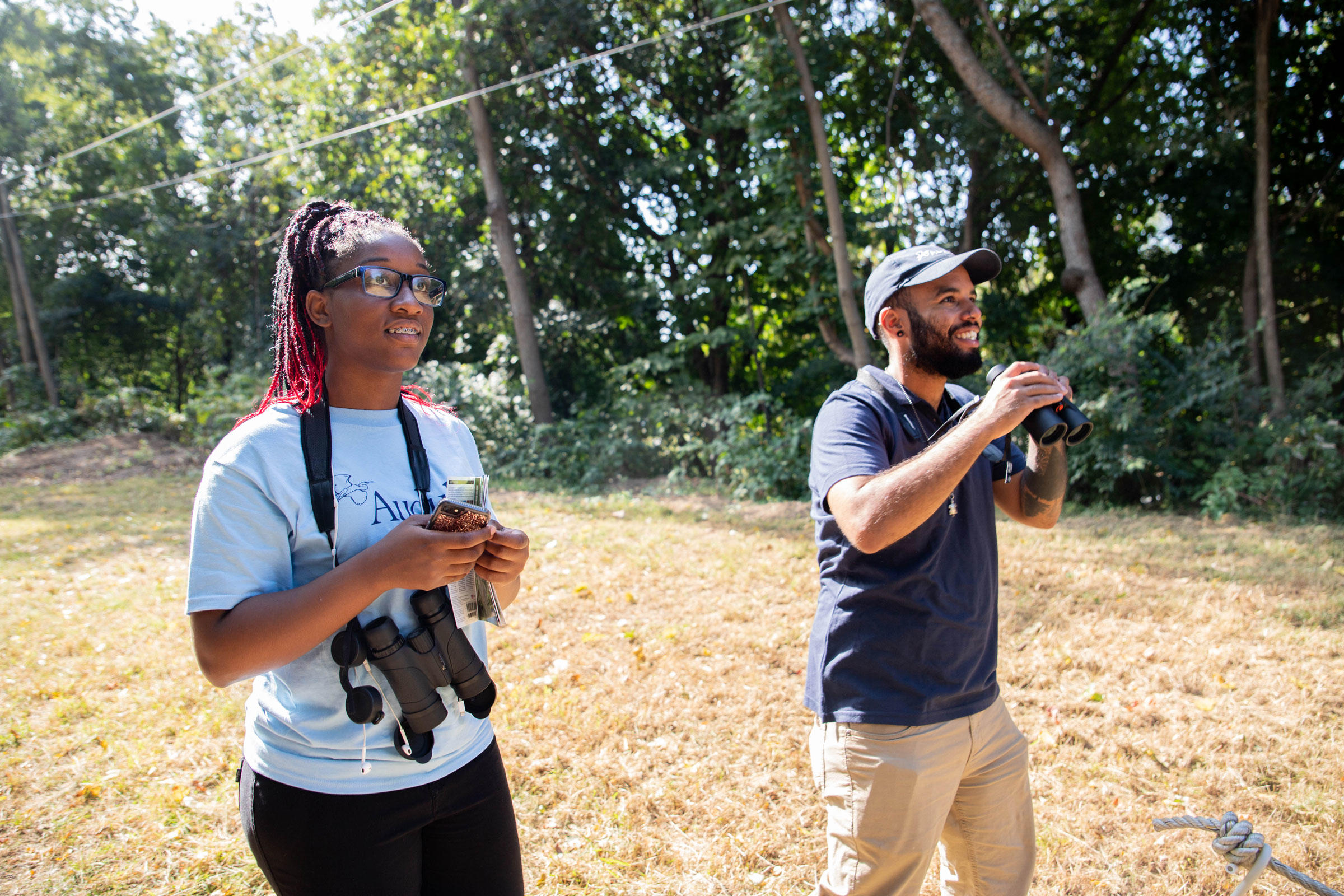 Apprentices: On Your Mark, Get Set, Bird!

Audubon's Fund II Foundation apprentices competed in a friendly bird-off for bragging rights. Here’s how it all went down.

A couple of months ago I traveled to Philadelphia, Pennsylvania, to document a friendly bird-off among the Audubon Center at Debs Park, the Discovery Center, Atlanta Audubon Society, each represented by a birder: Tania Romero, Jose Santiago, and Jason Ward, respectively. The three birders and I were fellow apprentices in Audubon's Fund II Foundation Apprenticeship Program—a yearlong, full-time apprenticeship for diverse young leaders entering the conservation field. Throughout the year, apprentices received on-the-job training from mentors in their line of work and gained professional opportunities like initiating new programs and attending conferences.

The seed for the idea of a bird-off came from a desire to build connections between programs and centers across the Audubon network. The fellows wondered: “Is there anything we could all do together?” Santiago suggested the idea of a bird-off. The rules would be simple: Go out and find birds from 8 a.m. to 12 p.m. The winning location and apprentice would be determined by bird abundance and species diversity.

They concluded that late September or early October during peak fall migration would be the best time to conduct the competition, see a diversity of species, and get community members to come out in droves.

When the clocks hit noon, my fellow apprentices passed over their tallies to a third-party judge (me). With 52 species and 826 birds in total, the winner of the inaugural Audubon bird-off was Tania Romero and her ‘bird army’ at Debs Park.

Each had their own homecourt advantages. Romero had the upper hand in diversity numbers at Debs Park, Ward went birding on a nature reserve known for its biodiversity, and Santiago strategically pushed for the bird-off to be on Discovery Day, the first anniversary of the opening of the Discovery Center. The hundreds of people visiting the center enjoyed free programming and were enticed to join Santiago as he strove to win the crown.

“Tania has the power to amass a whole bird army and Jason is the most expert birder I know,” Santiago says. “The Discovery Center did not win, but at least this was a mini Audubon-network victory. Tania, Jason, and I got people to interact with green spaces and participate in bird walks during peak migration.”