The Arctic National Wildlife Refuge has never been in greater danger, as the Interior Department has finalized plans to open it to oil drilling. 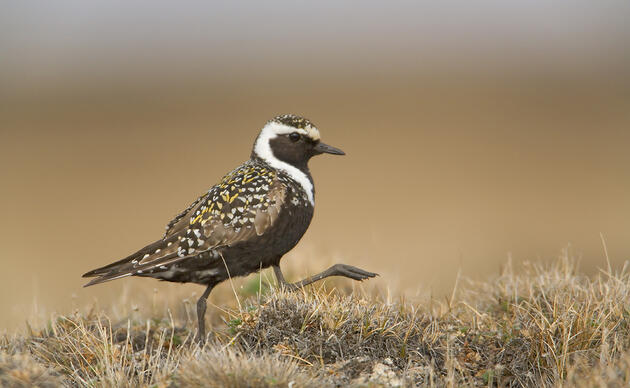 On May 1st, the House Natural Resources Committee approved legislation to restore protections to the Arctic National Wildlife Refuge, moving one step closer towards ensuring the Refuge remains a sanctuary for birds and other wildlife. The Arctic Cultural and Coastal Plain Protection Act (HR 1146), introduced by Congressmen Jared Huffman (D-CA) and Brian Fitzpatrick (R-PA), would undo the damaging provision included in the 2017 tax bill that allowed drilling in the Refuge.

Since the passage of the tax bill, the administration has rushed through a process to plan for oil drilling in the Refuge, including scheduling a lease sale to oil and gas companies as soon as this year. More than one million public comments were submitted in response to the Bureau of Land Management’s (BLM) draft Environmental Impact Statement (EIS) for an oil and gas leasing program on the coastal plain. Audubon joined other conservation organizations in submitting comments to call attention to the deficiencies of the draft EIS and to highlight the significant harm drilling would inflict on the vast numbers of migratory birds and other wildlife that depend on the coastal plain, as well as the Alaska Native communities who are connected to the Refuge.

The full House is expected to vote on the Arctic Cultural and Coastal Plain Protection Act in the near future. While BLM continues its EIS process and assesses the submitted comments, Audubon urges swift passage of the bill through both chambers of Congress to stop this threat to the Arctic Refuge. You can help by sending a letter to your U.S. Representative through Audubon’s Action Center.

Seabirds rely on fish as their primary food source, but they often can’t find enough to eat.