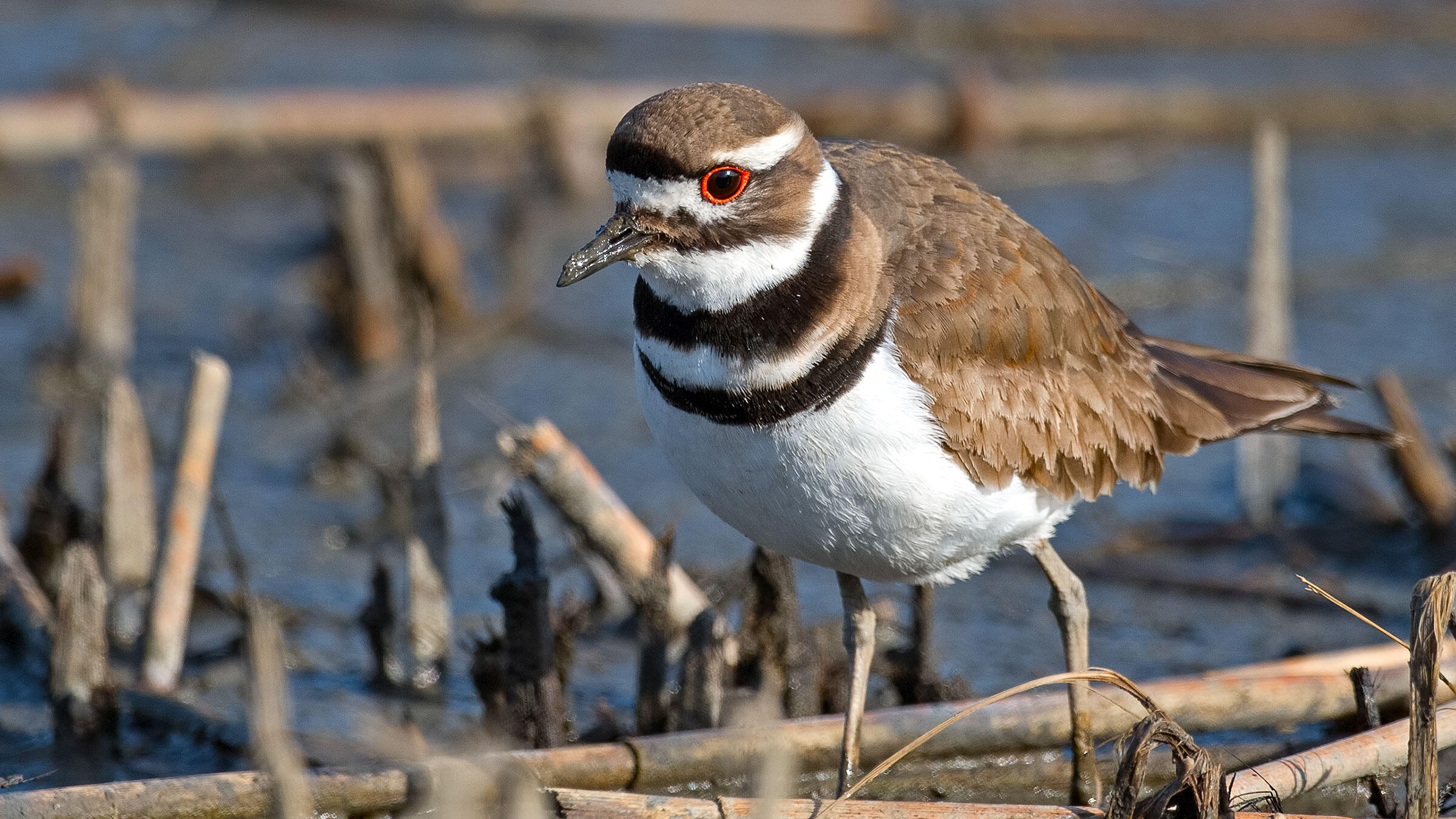 This is a Killdeer. You've probably seen them many times before, even if you didn't know it. Photo: Brian Kushner

Trust me, look for a Killdeer. 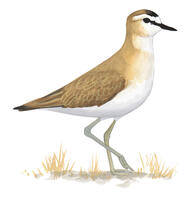 When it comes to birding, shorebirding is a genre unto itself. Want to spot a shorebirder? Just look for someone wearing long pants, sporting hiking boots full of sand or caked with mud, and walking with a lopsided gait resulting from lugging a scope and tripod all day. One side of their face may be sunburned and the other not—the unburned one having been pressed to the eyepiece of the scope for hours.

There are at least 60 shorebird species regularly found in the United States, including sandpipers, plovers, godwits, stilts, and other birds that you might have only heard of as crossword clues. Though their name implies you'll only find them along a beach, only a portion can regularly be found there. Most shorebirds occupy a variety of other habits, from rocky shore and mudflats to open soggy meadows and even woods.

Shorebirds are fun birds found in exciting places, but the only trouble is that they’re a real pain to identify. Most of them are small, look a lot alike, and rarely let you get close for a good look. So much of shorebirding is spent cursing as you squint into your scope and through a wavy layer of heat shimmer to figure out if a bird’s legs are actually brown or just covered in mud.

Are you longing to join the ranks of dedicated shorebirders who derive a perverse pleasure from this struggle? Great. Start with the Killdeer. They are the people’s shorebird—widespread, attractive, and easy to identify. They’ve got cool behaviors and an easy-to-remember call. You’ll love them.

Killdeer are part of a globe-spanning family of fairly stocky shorebirds called plovers. Most American plovers, including the endangered Piping Plover, are most frequently found on sandy beaches or mudflats. Mountain Plovers are very rare and found in prairies and similar areas, not close to water. Killdeer are found everywhere.

You probably have Killdeer if you have any of the following: gravel parking lots, grass ballfields, mudflats, grassy median strips, general open areas of any kind. There’s probably one staring at you right now. They can be found year round in the southern half of the U.S. and breed throughout Canada almost to the Arctic. So, yeah, they’re around.

But how will you know one if you see one? Simple. There are a couple ways, but the easiest is the double breastband. Killdeer have a black ring around their neck and another one across their breast. With other plovers it gets messy: Some have one breast band, but it varies in darkness and thickness depending on the age and plumage and blah blah blah—don’t worry about any of that. Two breastbands means Killdeer and nothing else.

That bright rump comes in handy if you’re a Killdeer, by the way. You can use it to impress ladies, scare away rivals, and even use it as part of an elaborate hoax. For real. When some hungry predator approaches a Killdeer nest (which is really just a scrape on the ground, inconspicuous but right out in the open), the parent bird will turn up the drama. The adult will start making lots of noise and flashing its rump patch to get the predator's attention, and then the bird will spread a wing out to look like it’s broken. The predator, sensing an easy meal, will follow the Killdeer away from the nest where, after a safe distance, the bird will give up its act and fly away. Here, check it out in video form from BirdChick, and in delightful comic form from the comics at Your Wild City.  Very cool no matter what media it’s presented in.

If those two identification features weren’t easy enough, remember that you can even identify Killdeer in the dark. So long as they call, that is. But in my experience, they are some of our earliest-calling birds and are often heard before the sun rises. Killdeer get their name from their distinctive two-note call (not because they have a habit of murdering antlered mammals, though I wish that were the reason): Listen to the two “flight display” calls here.  They also frequently give a loud, distinctive call with multiple similar-sounding notes: the dee, dee duh-duh call.

Learn those calls and easy field markings, and you’ll find yourself some Killdeer, the gateway shorebird, as I like to call it. From there you’ll start experimenting with the sandpipers, before spiraling down into yellowlegs and non-breeding golden-plovers. Before you know it, you’ll wake up on some unknown beach, wearing long pants and hiking boots and babbling incoherently about juvenile stint scapulars. Don’t blame me. I’m just the messenger.