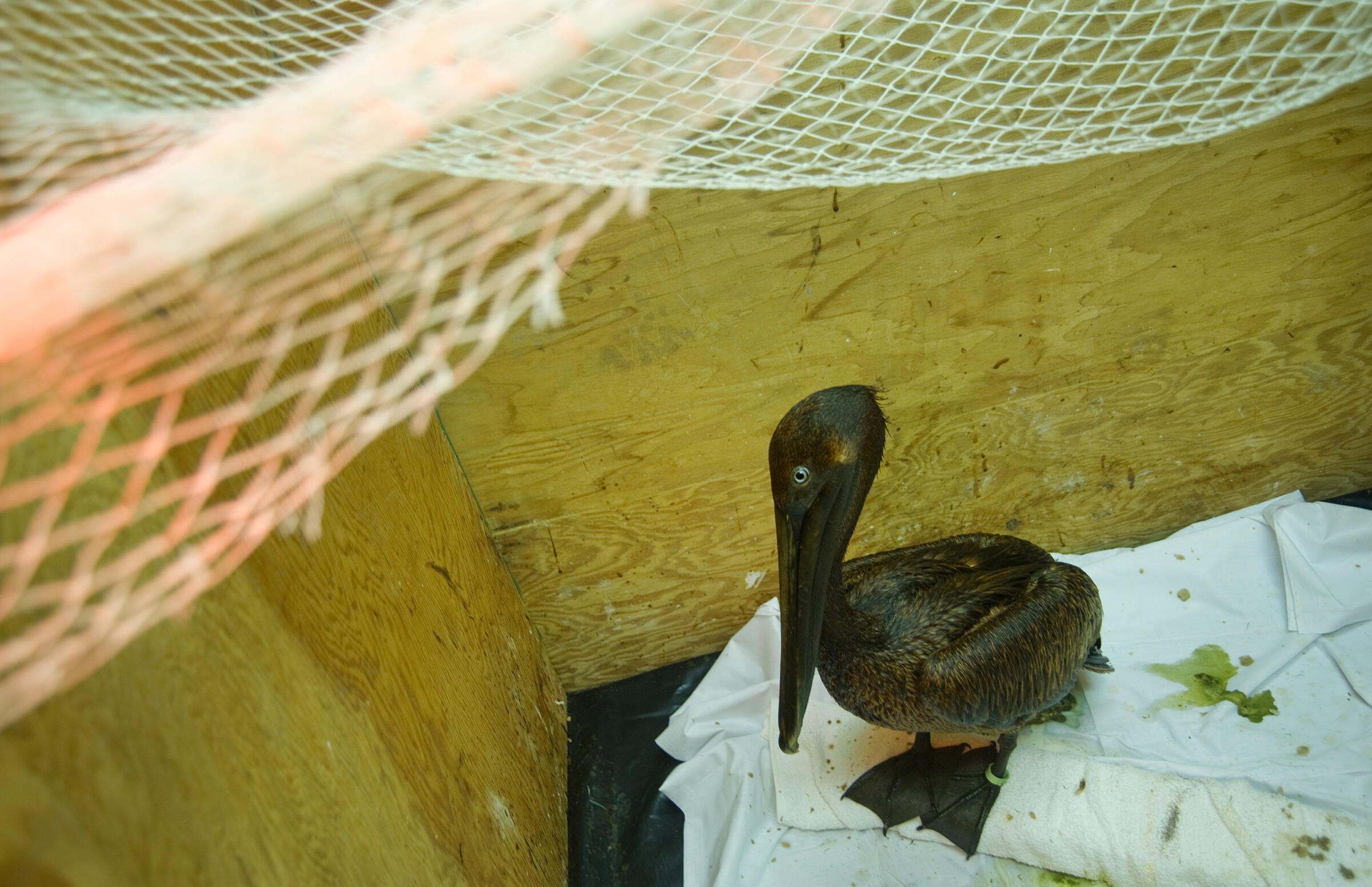 A Brown Pelican waits to be cleaned after the Deepwater Horizon spill in 2010. Photo: Kim Hubbard

A BP-authored report claiming that the Gulf has recovered is inaccurate and insulting—here’s why.

By Melanie Driscoll and Erik Johnson

By Melanie Driscoll and Erik Johnson

Nearly five years after the largest marine oil spill in U.S. history, BP is doing its best to convince the public that the 4.9[1] million barrels of oil that leaked into the Gulf of Mexico have done no lasting damage. That’s the message found in The Gulf of Mexico Environmental Recovery and Restoration report the company released three weeks ago.

Based on what the report does present, it’s obvious that BP chose to ignore recent research that shows the ongoing impact of the oil spill, particularly on birds (pp 15-17 of report). That BP ignores peer-reviewed science is nothing new—they have been denying culpability and the validity of peer-reviewed, published research since the spill itself. Meanwhile, their own conclusions lack peer-review and they have not released their methodology. Because of this lack of transparency, BP has made claims that are impossible to refute or verify.

One of the government agencies responsible for monitoring the Gulf health following the oil spill—the NOAA Damage Assessment, Remediation, and Restoration Program—is expected to hold itself to a high standard of independent scientific peer-review as it completes its Natural Resource Damage Assessment (NRDA). While we await the NRDA studies to be completed and released, BP has flaunted such professional standards in its allusions to NRDA findings that cannot be verified at this stage. The trustees of NRDA themselves called BP’s recent report “inappropriate as well as premature.”

Along with others in the scientific community, the National Audubon Society rejects BP’s claims. While their report leaves much to criticize, here are its five main flaws:

Despite BP’s claims, we may not know the full impact of the oil spill for decades to come. Even more, we will not achieve lasting, meaningful restoration in the Gulf Coast until BP quits stalling, quits the legal and publicity campaign and actually funds full restoration.

[1] BP did collect or burn off some of this oil before or soon after it entered the environment, convincing the Federal District Court in New Orleans to rule on Clean Water Act penalties based on 3.2 million barrels of oil. But scientific analysis estimates total spillage was 4.9 million barrels.