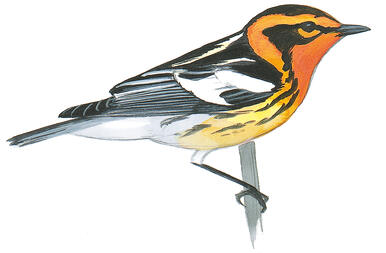 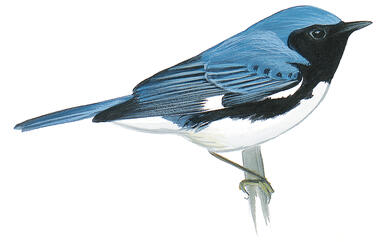 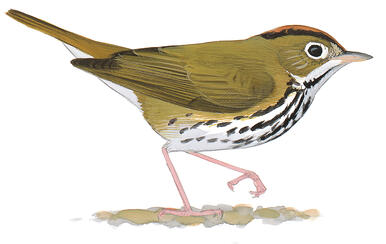 It started one night with singles, then pairs. Soon tens and then hundreds. By dawn on October 2, 2020, more than 1,000 birds had died, all victims of a mass collision event during fall migration as they tried to fly through downtown Philadelphia to what would have been their wintering grounds in Central and South America. It was the worst such event in the region in more than 70 years.

In response to the deaths of those hundreds of warblers, thrushes, catbirds, and other nocturnal migrants, conservationists from around the area banded together to make sure that nothing like this happens again. Today, a coalition of groups that includes Audubon Mid-Atlantic and two local Audubon chapters—Valley Forge Audubon and Wyncote Audubon—plus the Academy of Natural Science and the Delaware Valley Ornithological Club, launched Bird Safe Philly to help make Philadelphia a more bird-friendly city.

“According to the most recent climate research conducted by Audubon, many of the 300-plus bird species that occur in Philadelphia, such as the Ovenbird and the Black-throated Blue Warbler, are among the hundreds of bird species that are now at an increased risk of extinction in North America because of climate change,” says Keith Russell, program manager for urban conservation with Audubon Mid-Atlantic. “But many of these species also face the additional threat of colliding with buildings when exposed to glass and/or nocturnal lights during their migrations. By participating in Bird Safe Philly’s Lights Out program, Philadelphia will not only help to protect these birds by further reducing energy consumption, which can slow climate change, but by also reducing the nocturnal lighting that threatens so many of these birds.”

Backing the efforts of Bird Safe Philly and its Lights Out program, which is currently a voluntary effort, are property managers from around the city, and members of the city council. Councilmembers Kenyatta Johnson (2nd District) and Katherine Gilmore Richardson (At-Large) introduced a resolution in early March to support the Lights Out initiative.

“I am thrilled to support the Bird Safe Philly Coalition on a Lights Out Initiative in Philadelphia," says Richardson. "As Chair of the City Council Committee on the Environment, I am glad to see innovative programs like Lights Out that will reduce carbon emissions and protect our wildlife. I want to thank the members of the coalition for their hard work, and I look forward to our continued partnership.”

But what is Lights Out? Simply put, property managers who follow Lights Out protocol turn off as many non-essential exterior and interior lights as possible so that they will not confuse birds as they fly through the densely packed urban landscape during the night.

Philadelphia and its building managers are joining a rich tradition of owners, property managers, and more than 30 cities and municipalities who have adopted Lights Out, including Boston, Chicago, New York City, and Atlanta, and all state-owned buildings in the entire state of New York. As each building and city adopts Lights Out protocols, the long and difficult migrations that millions of North American birds take twice a year become a little bit safer.

Want to know more about Lights Out and how you can bring it to your area? Read about it here!