Geoff LeBaron has led Audubon's Christmas Bird Count for the last 32 years, long before crowdsourcing scientific data was in fashion. 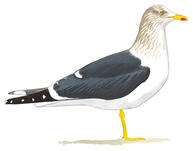 It’s the Saturday before Christmas, and Geoff LeBaron is lugging a spotting scope and tripod through Ninigret National Wildlife Refuge, a former Naval airfield on the southern coast of Rhode Island. Bordering one of New England’s largest salt ponds, Ninigret can offer up a spectacular variety of species, even in the short, cold days of early winter. For LeBaron, it’s the day’s last stop and an opportunity to turnaround an otherwise dull morning of birding.

As Audubon’s long-time Christmas Bird Count Director, LeBaron spends most of his time either corralling tens of thousands of volunteers or organizing the hundreds of millions of data points they generate. But for nearly 40 years, he’s set aside at least one day each December to be an active participant in the count. And, for much of that time, he’s paired up with his buddy Doug Wilson, a recently retired high school science teacher, to bird the same few square miles of Rhode Island. Together they know which homes have feeders, which parks have year-round bathrooms, and which fields are likely to be occupied by hunters.

Compared with recent years, today has been quiet. LeBaron’s seasoned ear picks up on the shrill notes of a Red-headed Woodpecker, and bucket loads of Dark-eyed Juncos, Black-capped Chickadees, and Tufted Titmice have kept the morning moving. But the tried-and-true spots the two know so well aren’t living up to their potential. A former fish hatchery that’s often a safe bet for Winter Wren didn’t turn up much more than a circling Turkey Vulture. An overhang at a recreational center usually teeming with Bluebirds was empty. And the always-reliable cemetery was, “Dare I say it,” LeBaron jokes, “dead.”

To be fair, the conditions—marked by bouts of erratic New England weather—aren’t exactly ideal. The only constant is a biting wind that muffles the sounds of nature and has apparently sent many birds looking for cover.

While a slow day of birding can be frustrating, LeBaron knows better than anyone that the beauty of the Christmas Bird Count is that there's still value in not finding any of the birds you’d expect. After all, it’s not a competition; it’s a long-term community science endeavor that has tracked trends in bird populations since 1900. Every holiday season, communities across North America set out to tally as many birds as possible within the same designated areas. In that context, “a zero is still meaningful data,” LeBaron says. “It means that we know the bird wasn’t there that day.” 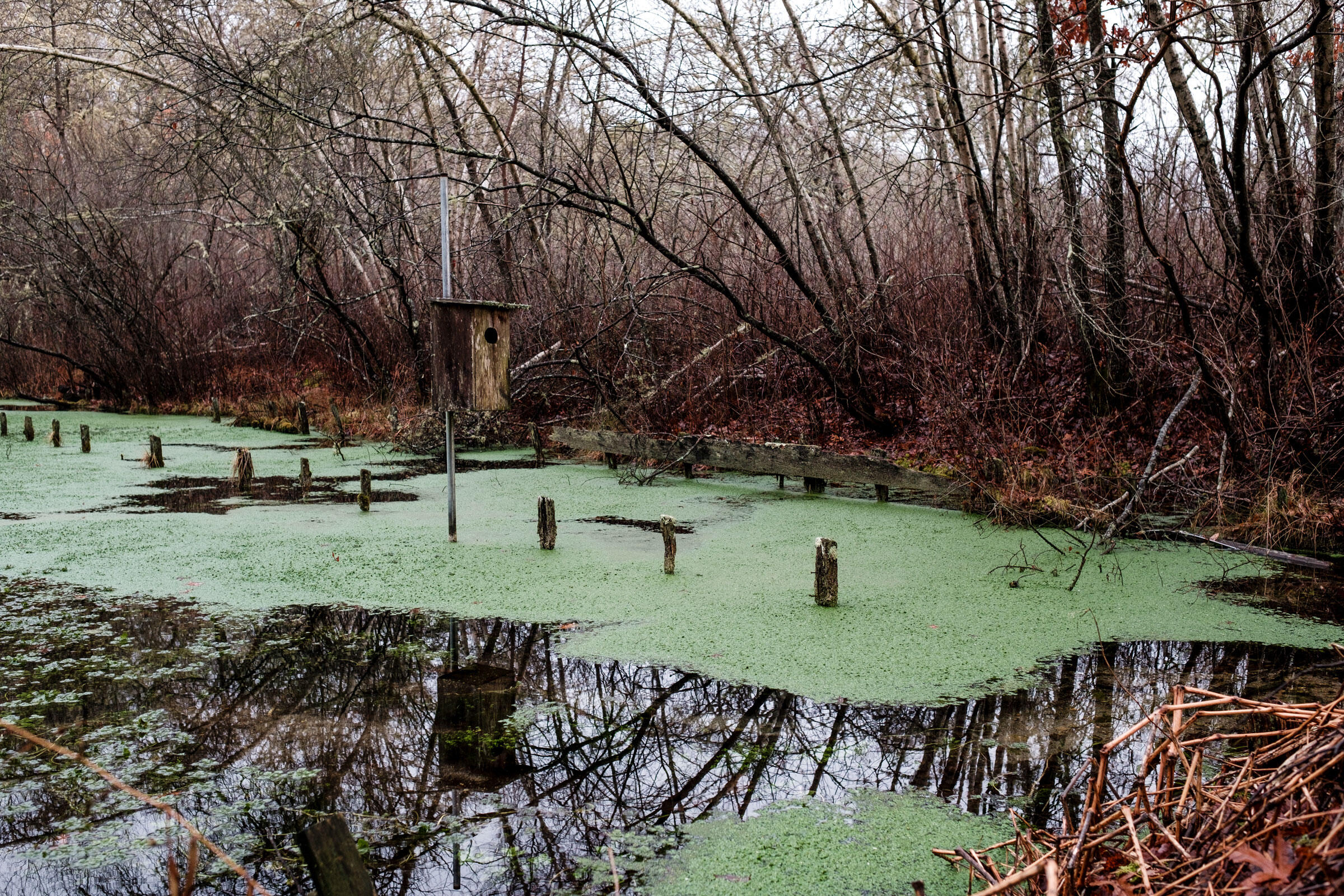 Still, there’s one particular bird that he and Wilson are eager to spot: a Lesser Black-backed Gull that they first saw in a cove at Ninigret more than 15 years ago, an unusual species to find in Rhode Island. Without fail, though, this one has been there every winter since they first saw it, and LeBaron is cautiously optimistic as he marches down a winding path toward the cove, his mop of silver curls stuffed under a blue baseball cap. But given how the rest of today has gone, there’s no telling if the reliable gull will show.

ince he was a boy, LeBaron, now 64, has been staring into the sky in search of moving objects. Born outside of London, England, and raised in the Boston suburbs, LeBaron developed an early fascination with airplanes that persists to this day. When he was in grade school, however, LeBaron’s gaze shifted to the natural world, and he eventually went to earn a master’s degree in zoology at the University of Rhode Island, where he logged thousands of hours flying over the ocean to count marine mammals, turtles, and, of course, birds.

After five years working on ornithology projects in Philadelphia, he joined Audubon in 1987 to lead the Christmas Bird Count. It’s the only job he’s known since, and, after all this time, he still marvels at the beauty of everyday sparrows and guffaws “holy cow” when he spots a cool salamander (he then scoops it up to educate me and the photographer).

“Geoff’s value is definitely in his amazing brain,” says Kathy Dale, Audubon’s director of science technology, who’s worked closely with LeBaron for almost two decades. Sure, LeBaron is great at identifying birds, well-versed in natural history, and can talk in painstaking detail about population trends of different species. But perhaps most impressive is his ability to transition from a laser-focused scientist when evaluating a count’s design and data to an impassioned and sociable advocate when working with colleagues and volunteers. His fervor for the count is contagious, and, as Dale points out, LeBaron was a Christmas Bird Count volunteer long before joining it as an employee. “It’s a program he fundamentally believes in and sees extreme value in,” she says.

When LeBaron joined Audubon, it didn’t take long to realize that not everyone saw as much value in the count as he did. Historically, scientists have bristled at the idea of using data collected from non-experts. Time and again, he heard from ornithologists and biologists that there was no way to ensure that a volunteer in Boston was counting birds in the same way as one in Houston or had the same skill as another in Denver. 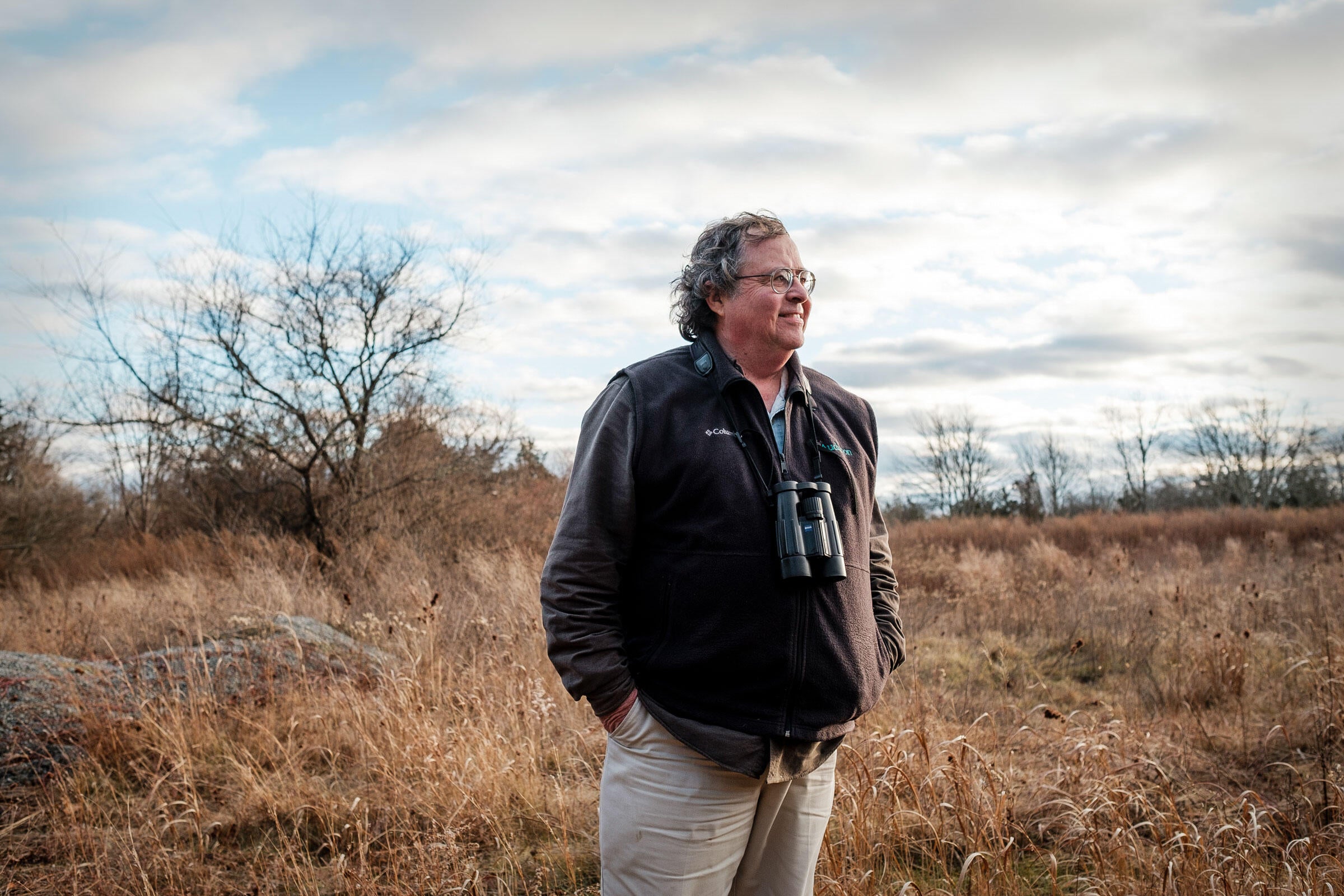 During a CBC, LeBaron knows there's value in the birds you do see—and those you don't. Photo: Annabelle Hendersøn

It wasn’t so much dismaying as it was frustrating. While LeBaron understood scientists’ concerns, he never believed they had much merit. The best thing about the Christmas Bird Count method, he says, is that it doesn’t matter if there are variations in how bird counts are done in different locations, so long as “I do my count my way every year and the people in Houston do their count their way every year.” As a whole, he emphasized to skeptics, the CBC is tuned to show trends––the changes in one place, over time.

As years on the job turned to decades, LeBaron also had to push for the Christmas Bird Count itself to evolve and change over time. He embraced technology and transformed the count from an analog operation that resulted in a 700-page paper publication each year into a streamlined digital database that’s available to anyone interested. It wasn’t the easiest undertaking, he says, as he had to convince thousands of mostly older compilers to abandon paper and pencil and log into a new digital world. “It took quite a bit of coercing and cajoling and begging,” he half jokes. During this initial digital transition, he often dealt with customer service complaints of people forgetting their passwords or struggling with the site. “Now the customer service calls we get are, ‘why don’t you have this ready for me yet,” LeBaron says. 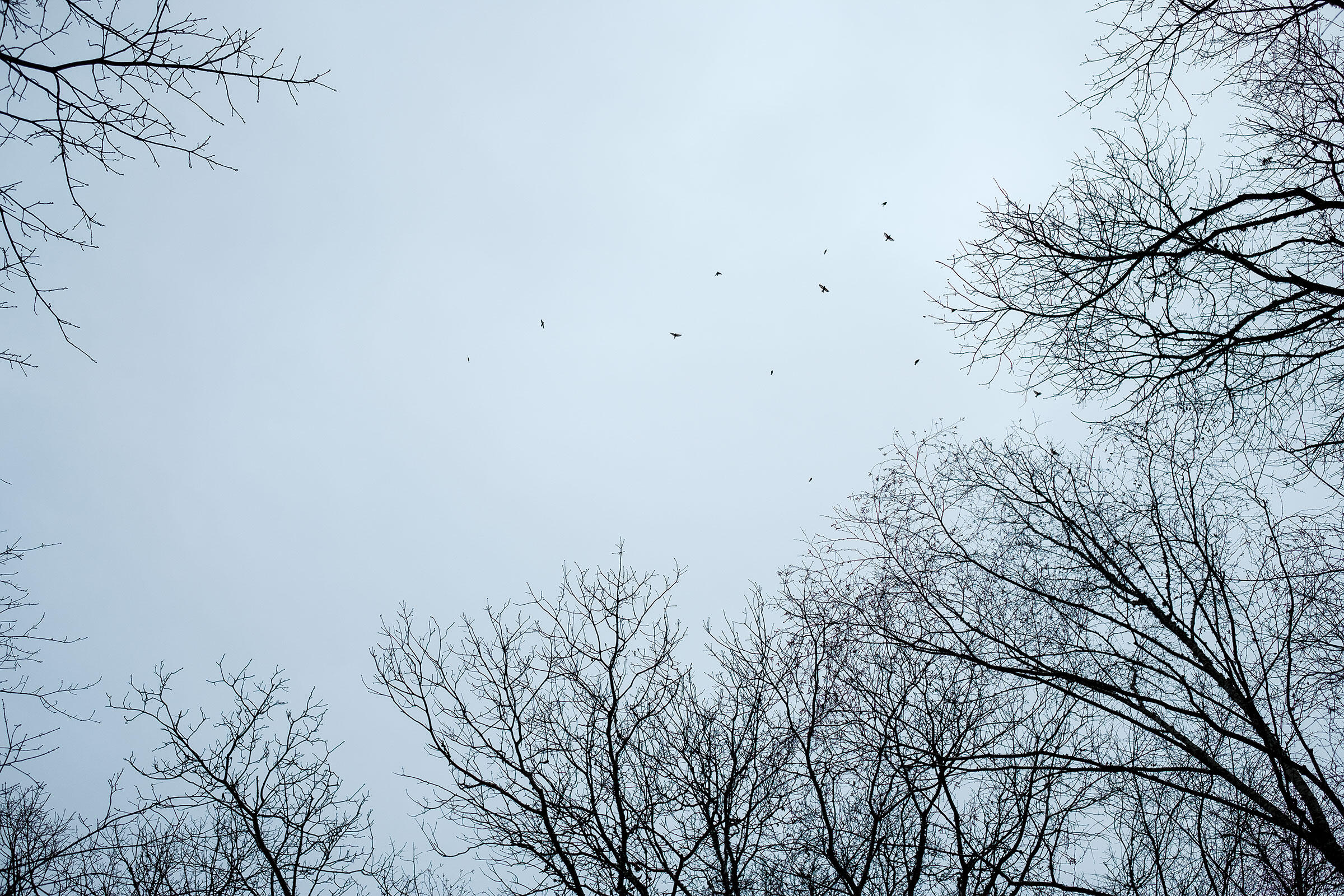 The more accessible and transparent the data became, the more the scientific community trusted it. Take Ray Telfair, a biologist who spent years at the Texas Parks and Wildlife Department and now is helping update the Birds of North America entries for Neotropic Cormorant and Cattle Egret—two species that he’s been tracking for more than 20 years. Though he has long relied on the Christmas Bird Count data, he remained skeptical of it. “In the back of your mind you’re always wondering if it’s an actual trend or an artificial trend given all the potential variables,” he says. But recently Telfair did a deeper study comparing roughly 40 years of Cattle Egret data from the Christmas Bird Count and the Breeding Bird Survey, run by the United States Geological Survey every spring.  When both were graphed, Telfair says, they almost superimposed themselves. To have two different data sets tell the same story wasn’t just a coincidence—it was evidence of the quality of the counts, he says.

It’s these types of success stories that delight LeBaron and compel him year after year to lead one of the largest and longest-running community science programs in history. While he’s not a boastful man—the only thing he brags about throughout the day is that he managed to put 440,000 miles on his old Chevy Citation—LeBaron does puff up with pride when pointing out that approximately 700 peer-reviewed studies have now been published using Christmas Bird Count data, not to mention Audubon’s landmark “Birds and Climate Change” report.

The staggering body of research supported by the Christmas Bird Count ranks high in his list of career accomplishments, but he hopes this achievement isn’t lost on the legion of birders who do the heavy lifting each December. He sometimes worries that he’s spent too much energy convincing the scientific community of the count’s value and not enough time explaining to some 50,000 volunteers how much they’ve accomplished. “I know the Christmas Bird Count is a valuable data set for people who are trying to figure out what’s going on with birds,” he says. "But I don’t think a lot of people who are doing the count quite understand that.”

or most participants, the Christmas Bird Count is a one-day affair. For LeBaron, it’s a year-round odyssey. There are data to analyze, reports to produce, and requests from scientists all over the world to fill. He spends more time holed up in his home office in the Berkshires thinking about birds than any sane person should. As such, LeBaron says he doesn’t get to go birding as much as he’d like to these days, which makes his annual journey to Rhode Island from his home in western Massachusetts all the more special. Most years, it’s the one and only day he’ll actually get to spend time with Wilson, his buddy of a quarter century who he first met on the Christmas Bird Count. 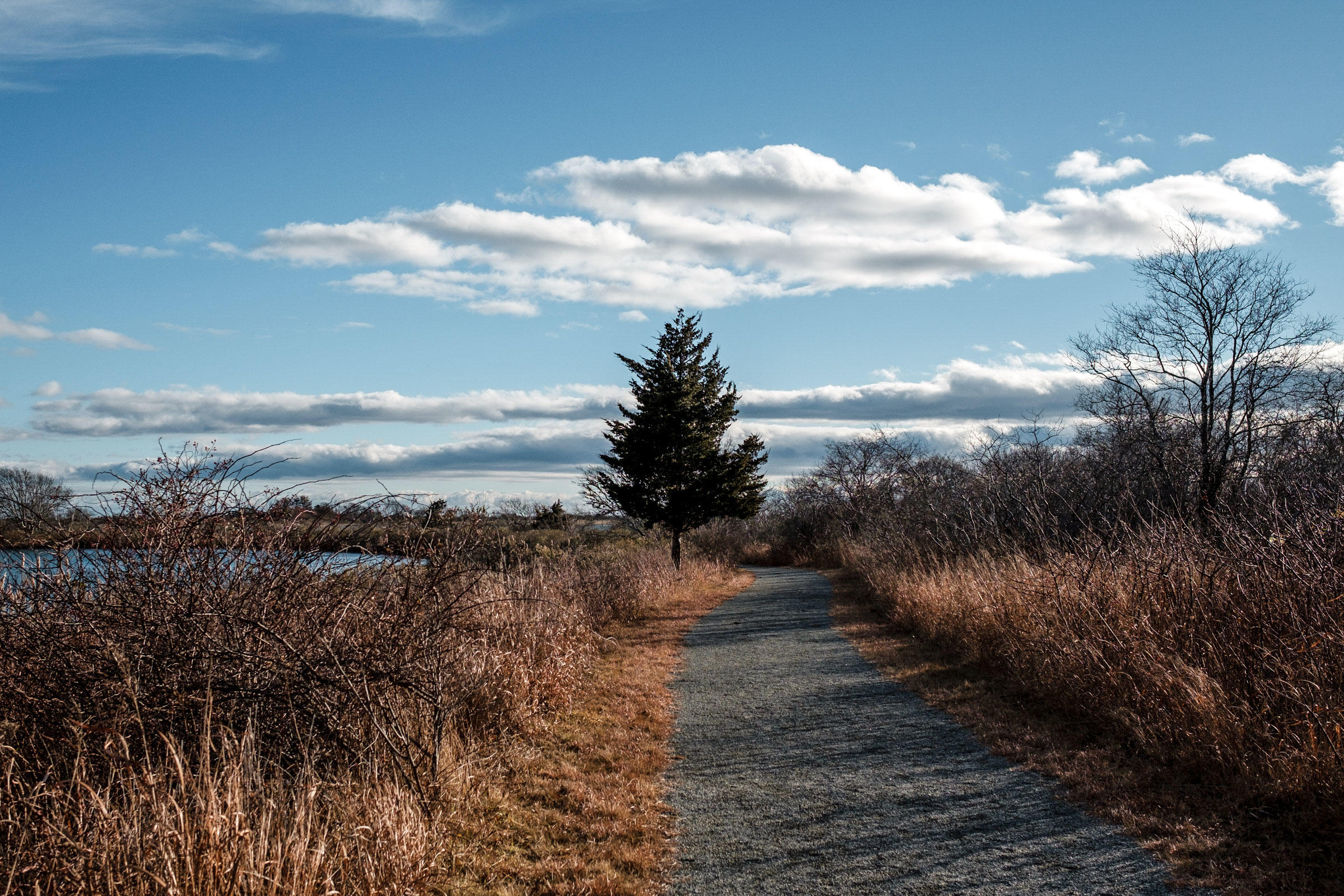 As the two men make their way through Ninigret, they joke about their aging eyes, chew over the promises and perils of retirement, and speak in solemn tones of a mutual friend who’s suffering from dementia. Though the wind persists and the mercury is dropping, the scenery is stunning and there are plenty of birds. A Great Blue Heron stands in a shallow pond, basking in the winter sun. A handful of Cedar Waxwings streak across the sky, and a Yellow-rumped Warbler rustles in some thickets.

At a clearing in the trail that looks out on a cove, LeBaron spots the Lesser Black-backed Gull standing atop a rock. It’s compact and sleek, with sturdy yellow legs and rich black feathers. “That’s its rock, in its cove, in its pond for the last 16 years,” LeBaron says. He and Wilson take a few minutes to peer through the scope and mull over their history with this far-flying bird.

It’s a joyful moment for the two of them, and a bit of relief. There’s no telling how old the gull is, but it was already an adult when they first found it.

All day long, LeBaron and Wilson have been pointing out signs of change in this small slice of Rhode Island—hedges in a field that have been uprooted; a small forest that’s been dramatically thinned; and a bridge that once offered up a good spot for birds now being ripped up and rerouted to accommodate increased traffic. Traversing these same routes year after year, they’re primed to notice the subtle alterations to the landscape—just like the birds that visit.

With daylight burning and more ground to cover, they each take a last look at the gull through the scope. “It’s like seeing an old friend,” Wilson says. And with that, he and LeBaron are back on the trail, chatting the way old pals do, and looking for more birds to count.

To celebrate the count’s 50th anniversary, a set of newly published papers show how valuable the project's volunteer-driven dataset is to conservation.